Life’s so fun, life’s so fun, MUNA’s got a new record a single coming on! Hot off their TikTok-dominating Phoebe Bridgers-collaboration “Silk Chiffon,” the indie pop trio have announced their third LP, MUNA, is out June 24th. Update: The album is available to stream in full via Apple Music or Spotify below.

Like “Silk Chiffon” before it, MUNA sees Katie Gavin, Naomi McPherson, and Josette Maskin move beyond angst and heartbreak for lyrics as light as the music that soundtracks them. As the band’s first full-length since being dropped from RCA and signing to Bridgers’ Saddest Factory Records, MUNA was a concerted effort by the trio to remind themselves of their strength.

“What ultimately keeps us together,” Maskin said, “is knowing that someone’s going to hear each one of these songs and use it to make a change they need in their life. That people are going to feel a kind of catharsis, even if it’s a catharsis that I might never have known myself, because I’m fucked up.” McPherson added, “I hope this album helps people connect to each other the way that we, in MUNA, have learned to connect to each other.”

As such, “Anything But Me” sees the band learn to walk away from ill-fated relationships instead of remaining in the comfort of the familiar. “I don’t wanna stick around trying to work it out when everything feels wrong/ But it’s all over, there’s no regrets/ You can call me if there’s anything you need/ Anything but me,” Gavin sings over swirling synths, head held high.

MUNA discussed the origins of “Anything But Me” in a statement, sharing: “Breaking up is hard to do. In the past we’ve stayed in relationships for a long time, waiting until we hit low lows to admit it was over. ‘Anything But Me’ is a song about leaving a partnership simply because it doesn’t feel right. It’s about trusting yourself and your instincts enough to walk away from someone while you still have love for each other and before it gets too bad. The video for the song plays with the idea that we’ve been our own captors in relationships, keeping ourselves in unhealthy dynamics, maybe because that’s what feels familiar. The song embodies the lightness and a playfulness that floods in when you realize that there’s no lock on the door, no one’s holding you back — you can untie the knot and skip into the sunset whenever you’re ready. Now, who can guess what attachment style I have?”

Watch the video for “Anything But Me” below, and scroll onward for MUNA’s artwork and tracklist. Physical copies of the record are available here.

Starting next month, MUNA will head out on a lengthy North American tour. See the itinerary below; tickets are available now via Ticketmaster.

We named “Silk Chiffon” Song of the Week when it arrived in September. In November, MUNA and Bridgers took themselves to prom when they performed the single on the Late Show with Stephen Colbert. 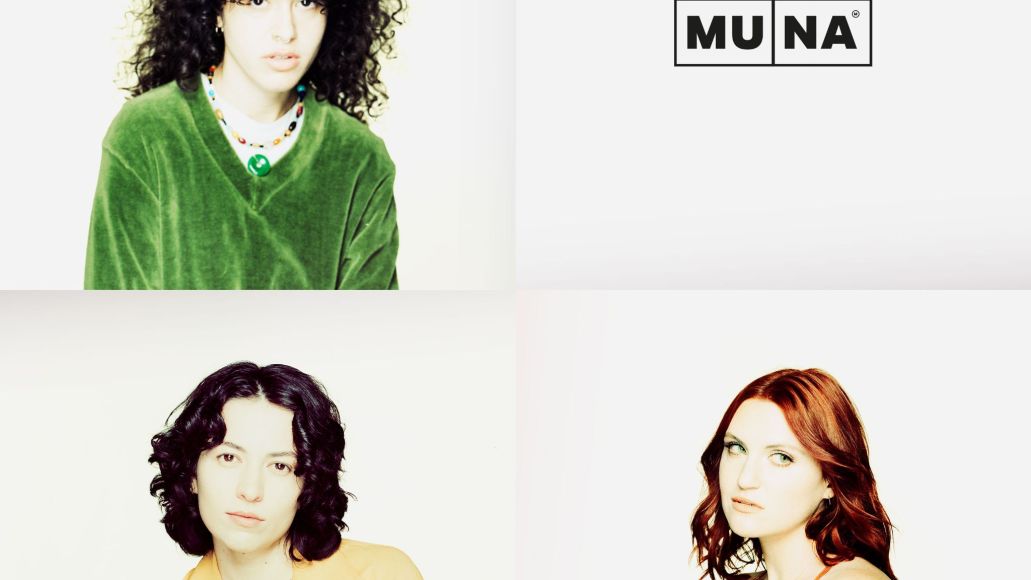