Neil Young has announced his new live album with Promise of the Real, Noise & Flowers, due out August 5th via Reprise Records.

The studio set will revisit the singer-songwriter’s 2019 tour across Europe with the backing band in the wake of his longtime friend and manager Elliot Roberts’ passing. It will be available on CD, a 2xLP vinyl pressing, and a Blu-ray deluxe edition as a concert film. Pre-orders are ongoing.

“Playing in his memory [made it] one of the most special tours ever,” reminisces Young in the LP’s liner notes. “We hit the road and took his great spirit with us into every song. This music belongs to no one. It’s in the air. Every note was played for music’s great friend, Elliot.”

To celebrate the announcement, Young also unveiled the live music video for the tour’s version of “From Hank to Hendrix.” Stream that visual and check out the album’s artwork and complete tracklist below.

Noise & Flowers isn’t the only offering coming soon from Young’s substantial vault, either. In May, the folk pioneer announced he’d finally be releasing Toast, the Crazy Horse album he shelved way back in 2001. 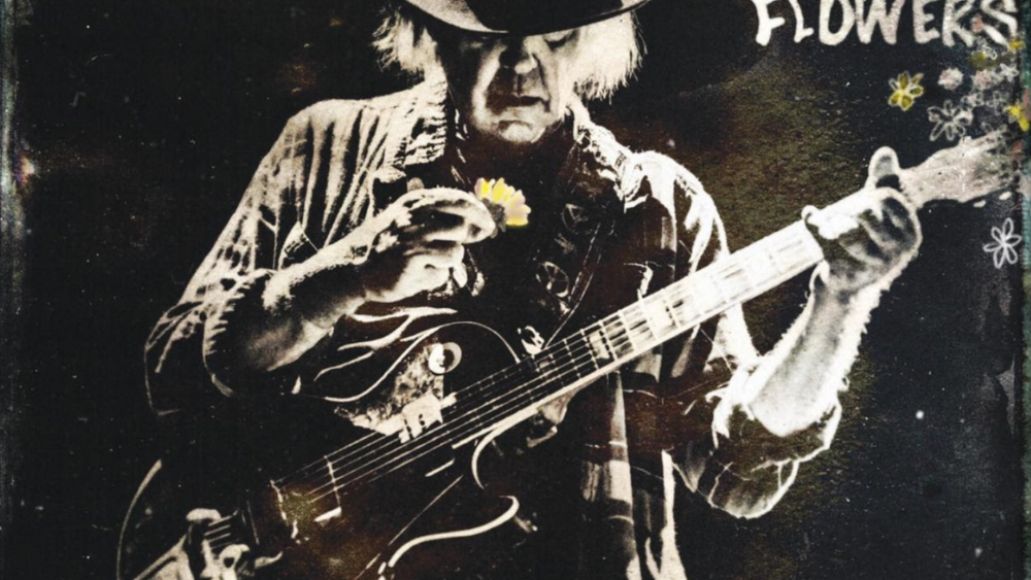