UK duo Nova Twins, who were just named Consequence‘s Artist of the Month for June, have announced their first-ever North American headlining tour. Minneapolis act Gully Boys will provide support on the jaunt.

The 11-date tour will see Nova Twins hitting major cities across North America, kicking off with a September 27th show at The Roxy Theatre in Los Angeles and wrapping up with an October 16th gig at Bowery Ballroom in New York City. Tickets go on sale to the general public this Friday (June 24th) via Ticketmaster, with a Live Nation pre-sale for select cities starting on Thursday (June 23rd) using the code DAZZLE.

Nova Twins are touring in support of their new album, Supernova, which blends nu-metal, hip-hop, and alt-rock into a truly unique sound. The LP just landed on Heavy Consequence’s mid-year list of the Top Metal & Rock Albums of 2022 (So Far).

In our recent interview with the duo, singer-guitarist Amy Love told us, “As a rock band ourselves — an alt band — we weren’t accepted into the industry straight away,” Love tells us in the video interview above. “We’d play shows and it would go off and it was amazing, but in terms of the industry, they would basically say to us that we need to be more hip hop, we need to be more R&B. It was always just, because of the way we looked, a ‘you don’t belong here’ kind of thing.”

Along with being named our Artist of the Month, Nova Twins provided Consequence with an exclusive track-by-track breakdown of Supernova, giving us the inside scoop on each track on the album, including standout cuts like “Cleopatra,” “Choose Your Fighter” and “Sleep Paralysis.” 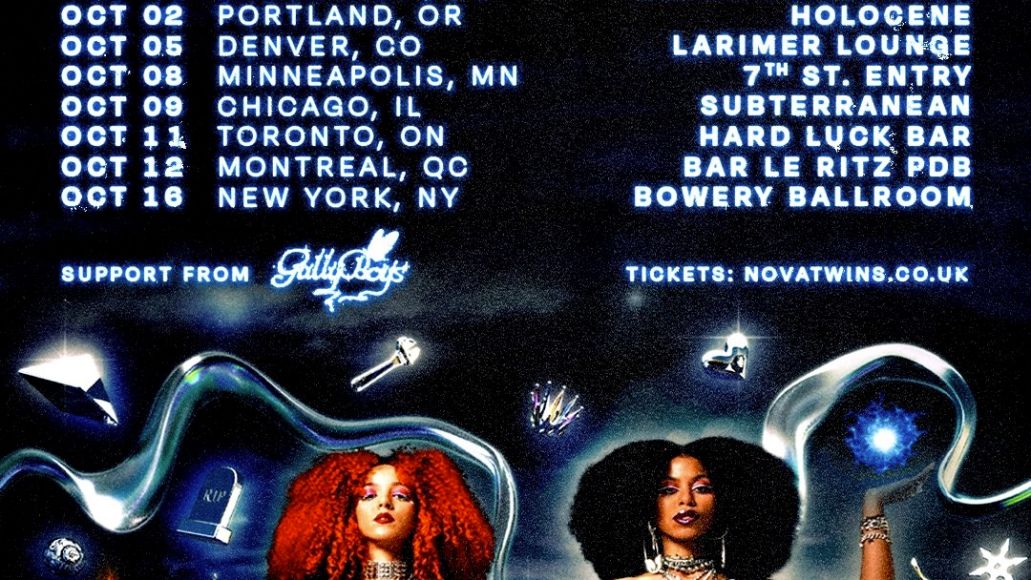