The morning after the first two episodes of Obi-Wan Kenobi premiered on Disney+, writer and executive producer Joby Harold went to Disneyland with his kids. “We were at Rise of the Resistance, doing the Star Wars Disney of it all, and it was a really good distraction,” he tells Consequence via Zoom.

Six days later, after Episode 3 dropped, Harold instead spent time talking to press about the series, the highly anticipated new chapter of Star Wars that covers the period of time between Star Wars: Episode III – Revenge of the Sith and Star Wars: Episode IV – A New Hope. (Last Friday was probably a little more fun for him.)

One might have assumed that the new series would focus on one-time Jedi knight Obi-Wan Kenobi (Ewan McGregor) living out his days in exile on the planet Tatooine, keeping an eye on a 10-year-old boy named Luke Skywalker. But the scope of Obi-Wan quickly expands after Luke’s twin sister Leia (Vivien Lyra Blair) is kidnapped by bounty hunters — all part of a plot to lure Obi-Wan out of hiding to eventually confront his former apprentice, the terrifying Darth Vader (Hayden Christensen, voiced by the iconic James Earl Jones).

In the interview below, transcribed and edited for clarity, Harold reveals what it was like digging into the series as a writer, including why the season was structured so that Vader and Obi-Wan would confront each other for the first time in 10 years at the mid-way point, what kinds of lore he’s been excited to introduce to Star Wars canon, and what elements were key to the show’s depiction of both a younger Darth Vader and a very young Leia.

What’s been your experience working on a Star Wars TV show, in comparison to how other TV writers’ rooms function?

It actually wasn’t that dissimilar to the feature space, in the sense that there was a sort of a feature model here too. There were preexisting scripts and material that other amazing writers had worked on. So there was some stuff we inherited to build off of, but then I was lucky enough to be able to sort of take the ball and run with it by myself for a while.

I just sort of got to write all the outlines and work on that and break the story and figure out what it was going to be, and then start doing the same thing with the scripts and working very closely with Deb [Chow]. She, and I had a very sort of close working relationship — we were very much in lockstep about the character and about our ambitions for the show.

And then we were lucky enough to have some great writers come in and help us get to the finish line, offer an outside perspective and help with the workload — Pam Friedman, who’s fantastic, as is Andrew Stanton, who was invaluable. It was quite a small contained little team and because of that, I think efficient.

We shared a like mind and it was just very much about trying to capture the spirit of a character who’s very beloved by a lot of people, and just be true to the audience. We are fundamentally all Star Wars fans and our greatest judge is ourselves. You want it to be the kind of show you would watch with your family around you. You hold it to that kind of standard.

Was this year of Obi-Wan’s life always the exact year that the show was targeting, or was there any ever any question of doing a different era?

I can’t speak to a lot of the development of the past in regards to when they chose to do it. I can say that this was always the year, as soon as I started talking about it. It was right in the middle of the gap [between Revenge of the Sith and A New Hope] and it sort of feels like it’s where it should be.

It obviously speaks more importantly to the age of Luke and Leia at that time, and when they’re most interesting as characters in their nascent form to observe or to get to know. It just felt right, and it wasn’t too far off Ewan’s actual age and the character’s age at that time. If you’re going to tell the connective tissue between the prequels and the original trilogy, why not hit it in the middle, when everyone’s at the right sort of stage in that character’s evolution?

Star Wars canon is of course a well-established thing — at what point did you feel like you had the ability to play around a little bit?

There’s a lot, in the development phase, of figuring out the story you want to tell and then understanding the parameters of that story and where you can and can’t go. And then as soon as those parameters are clear, then you just tell the stories as you would tell any other story. This is lucky enough to be a six-part limited series, so it can be fairly character forward in a way that you can’t typically do in features. So from that point of view — from a certain point of view — it was actually wasn’t that confining, it really wasn’t.

The hardest part is we all know where the character’s going. So trying to find surprises along the way that are satisfying and don’t violate canon was the tricky part, but, but once you get past the initial trepidation and recognition of how anticipated the show is going to be, and also how everybody feels ownership of the character, you kind of just have to shut the door and tell the story as you would want to see it.

At what point in the breaking of the story did you realize that you wanted to have this first confrontation with Vader happen as early as Episode 3?

That was on the board right from the beginning. It might even be something we inherited the idea of, seeing him earlier. A lot of what had come before, we got a sense of him very early on, he was referred to a lot. We saw him a lot, and it was very important to me to slow the roll on that and really keep him off-screen and focus on Obi-Wan. 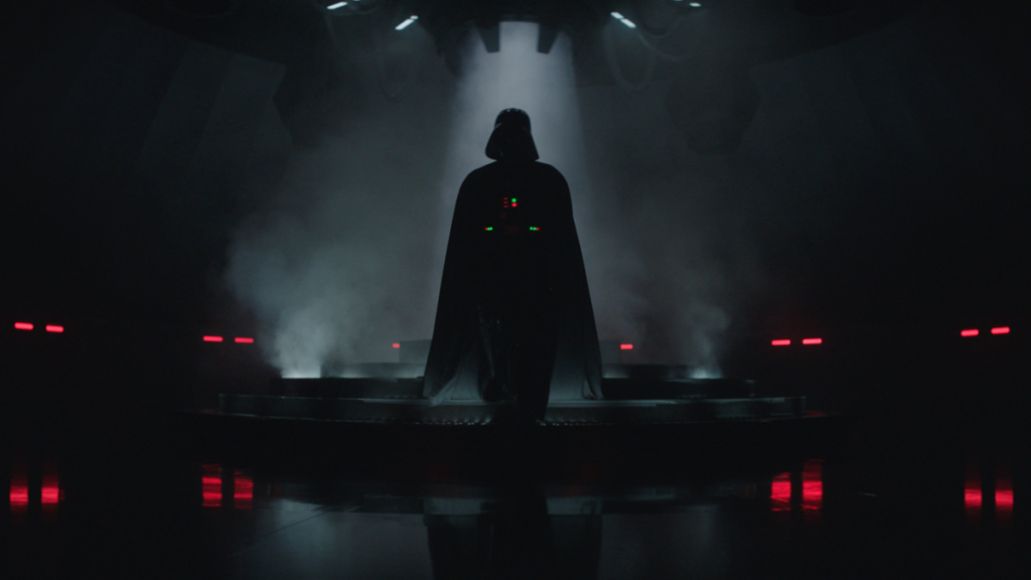 The shadow of Vader was inevitably over Obi-Wan anyway, without needing to see him, and I wanted to stay with Obi-Wan as much as we could and keep it subjective, to really feel the shackles of the guilt that Obi-Wan’s feeling. So, so slowing everything down — and really, once we came upon the notion that Obi-Wan didn’t know that he was alive, that was a tremendous discovery, because it meant you could feel that moment with Obi-Wan and you could weaponize it dramatically within a scene and give it to someone.

And that allowed, very naturally, the moment dramatically to introduce Vader to the show — to earn the cut [to Vader], as opposed to just being an arbitrary cut towards Vader’s out there, Vader’s out there, because at that moment that’s when everyone feels it.

So as soon as that was on the board, then I thought that we earned the right probably to switch gears and go faster than the audience is anticipating. Because they’re in a rhythm that they think is calm and safe, where everyone is sort of traditionally in that hero’s zone of getting ready — and then suddenly the sledge hammer comes and [Obi-Wan] isn’t. That felt like a really strong midpoint for the six because it would just throw the audience off. Everyone thinks it’s coming down the road, but it isn’t. It’s walking down the street towards you when you aren’t ready for it.

Also, I wanted the audience to feel the Vader side of it as well. He isn’t the Vader we know — he’s driven by anger and rage, and a great way to articulate that urgency is to feel as Obi-Wan feels, how frightening it is when that which haunts you, and [embodies] the guilt that drives you as a character, is suddenly walking down the street, choking people, daring you to come out.

That should feel frightening. And so finding a rhythm of feeling the character first, and then the sledgehammer coming into it, it spoke to the, to the opportunity in a six chapter limited series of how you can come in and out of the rhythm of a show in a way hopefully that makes you feel what the character’s feeling.

What’s been your reaction to seeing people see young Leia for the first time?

I was at Celebration, where we premiered, and got to be in a room with the most sophisticated Star Wars fans that exist, who were so savvy and aware — we’d hidden Leia, obviously, in the press materials, so nobody knew she was coming, and I was very anxious about it because the show had been presented as being sort of man-on-the-run stuff. So I didn’t know, and I I’d be lying if I said I wasn’t curious to see how the audience would respond.

And I’m very happy to say that at the moment that you show the wide establishing shot of Alderaan, the room lost its mind, because they knew exactly what that meant. They knew Alderaan meant Leia, they knew Leia would be in the show, and they probably at that point figured out very quickly that that meant she would be the call to action. So it was amazing, truly. 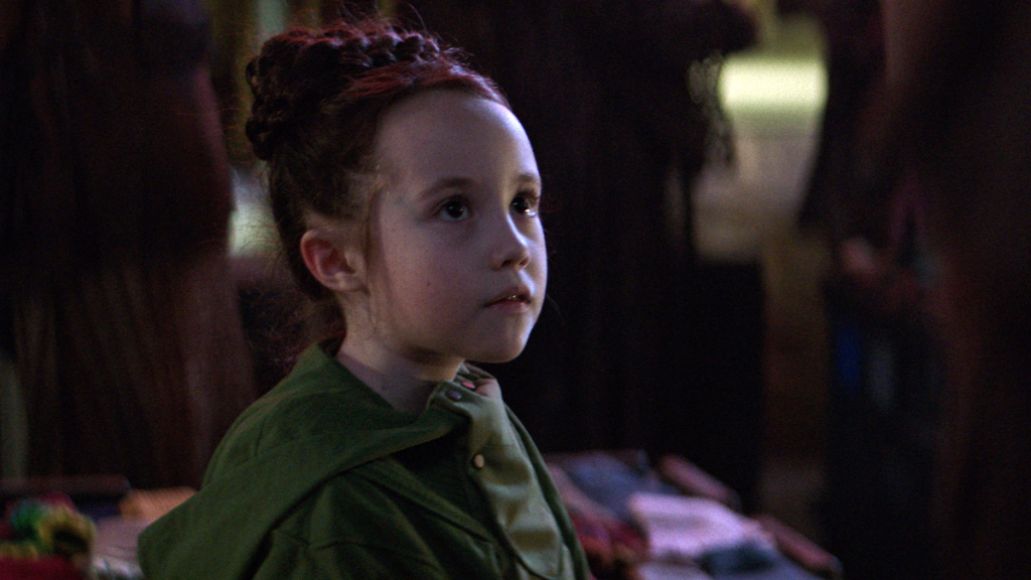