Hardcore supergroup OFF! have announced a series of vinyl reissues ahead of their forthcoming full-length album.

The Keith Morris-fronted band recently signed to Fat Possum Records, which is reissuing the First Four EPs compilation (available for the first time ever on LP format), along with the band’s two full-length efforts: 2012’s OFF! and 2014’s Wasted Years. The deluxe colored vinyl pressings arrive in late July and can be pre-ordered now via the label’s website.

The current OFF! lineup features Morris (of Circle Jerks and Black Flag fame), guitarist Dimitri Coats (ex-Burning Brides), and a brand new rhythm section of bassist Autry Fulbright II (…And You Will Know Us By The Trail of Dead) and drummer Justin Brown (Thundercat, Herbie Hancock). The quartet recently unveiled their first recording together, a cover of Metallica’s “Holier Than Thou.”

Per the press release for the reissues, OFF! are currently working on a new studio album and the long-gestating documentary FREE LSD. More details will be announced soon.

The supergroup formed in 2009 and made its debut with four sequential EPs — housed on the aforementioned First Four EPs collection. The initial lineup featured Redd Kross’ Steven McDonald on bass and drummer Mario Rubalcaba (Hot Snakes).

Meanwhile, Morris is set to hit the road with Circle Jerks for a string of rescheduled North American tour dates. 7Seconds and Negative Approach will support the run, which starts on July 1st in Portland, Oregon, and wraps up September 6th in Austin, Texas. Get tickets via Ticketmaster.

Below you can see a teaser video and mock-ups for the upcoming OFF! reissues. 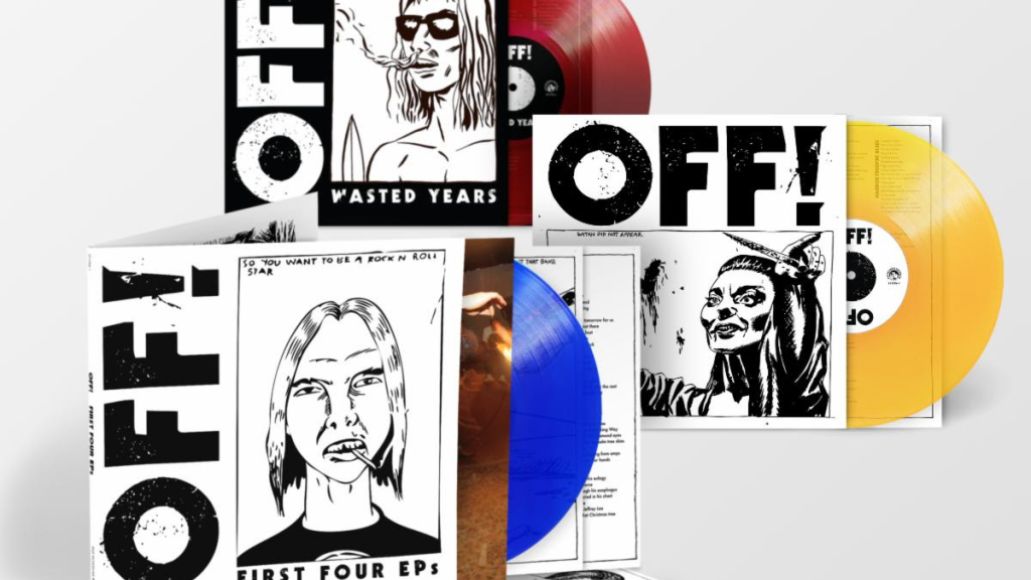