We first ran our definitive ranking of Weezer albums back in October 2014 and have been revisiting and adding to it ever since. It’s a living, breathing response to everything Rivers Cuomo and the boys have put out over the years. As Rivers Cuomo celebrates his birthday on June 13th, we once again finding ourselves “carryin’ the wheel” for our favorite California kids. Enjoy.

Put this in your hash pipe and smoke it: Weezer doesn’t have a bad album. No, not every record of theirs is great, but even the misfires get brownie points from us for having a point of view. And yes, that includes Raditude (more on that ahead).

It’s hard to call a piece of art a failure if it’s at least trying to get at something. Of course, fans, critics, and casual listeners are all entitled to their opinion, but after 30 years, it’s worth evaluating some of our harsher criticisms, especially if the band in question have been on a roll with their more recent output (have they?).

So, let’s go back, back to the shack (no more puns, we promise) to rank Weezer’s output from worst to best. Just don’t get stuck in the past like many of us have (including myself) when reviewing their work. Something tells us there’s still a lot to look forward to. 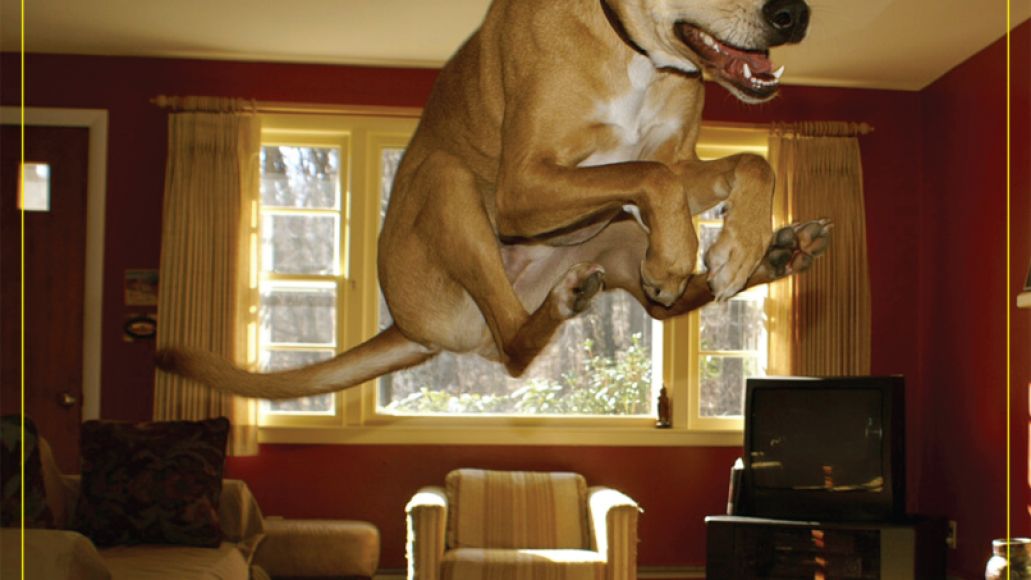 Just look at that goofy-ass dog on the cover. It’s a sign of self-awareness, not ignorance. Weezer knew damn well what they were doing when they decided to record their proverbial “fun” album. Still, you can’t blame fans for getting burned out on the adolescent celebration after a few tracks. After all, first-generation Weezer fanatics were all grown up by this point. But just like they weren’t obligated to like Raditude, Rivers Cuomo wasn’t obligated to write about being ostracized and heartbroken, probably because he wasn’t feeling that way anymore.

As for me, “Trippin’ Down the Freeway,” “In the Mall,” and “Let It All Hang Out” take me back to the more carefree times of high school in the best way possible, and — God help me — I kind of love “Can’t Stop Partying” when played back-to-back with its more sobering demo version. My breaking point comes with the gooey world music inspiration of “Love Is the Answer,” which I wish I could say was a cover of Todd Rundgren’s Utopia. 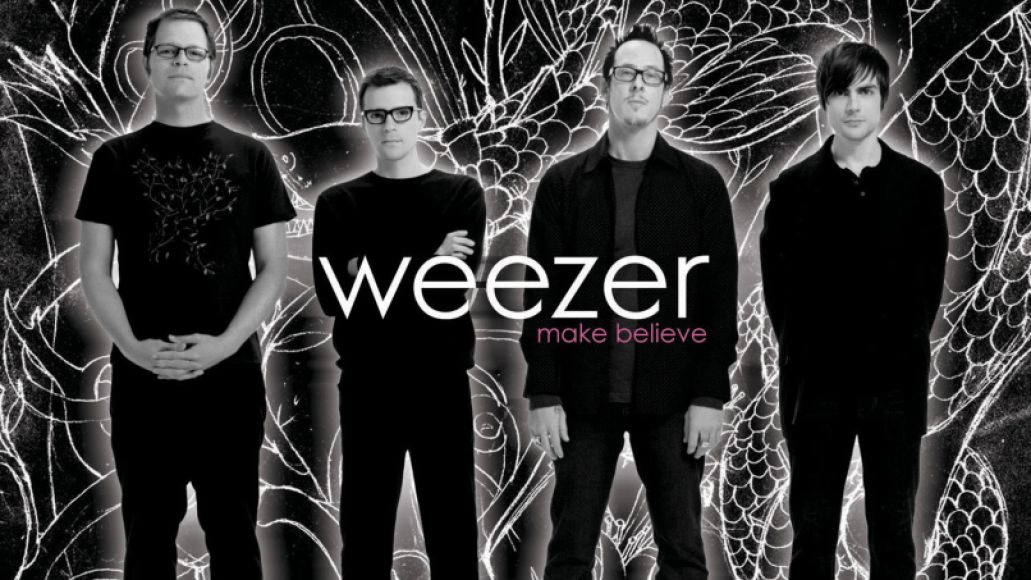 Make Believe doesn’t sound like such a half-assed slap in the face in the context of the three albums that came after it, but in 2005, that was pretty much the only way a Weezer fan could interpret it. Having followed the band’s second three-year-plus delay and a Rolling Stone article that reported Cuomo had been celibate for two years while making it — just about the most promising glimpse that the guy who made Pinkerton could offer — Make Believe compounded its own cash-grabbing depravity by doing it with real expectations on its shoulders.

This was a band that was, at worst, two for four in great LPs at the time, and arguably batting 1.000. An honest strikeout on their fifth would have stained the name far less than deliberately whiffing as at least half of these tracks did. — Steven Arroyo 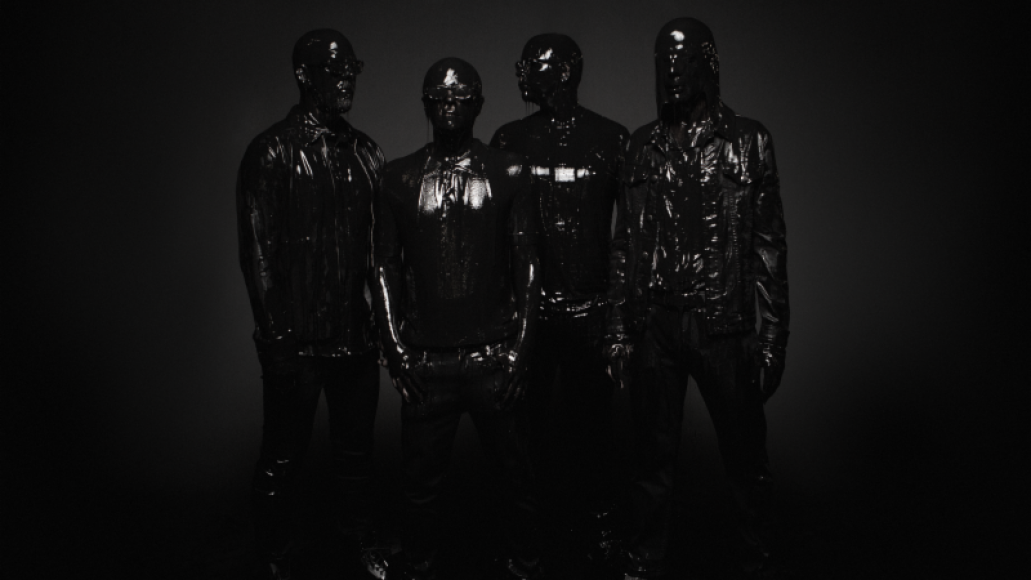 Listening to The Black Album feels a lot like watching a close friend make a bad decision. While you love your friend and earnestly want to support their pursuit of difference and change, watching them meander down a path that may not serve them well can be dismaying.

The Black Album sees Weezer dabble in some sort of concoction of pop, electronica, and light rap. It’s not inherently bad when a band ventures out into new sonic territory, but it can be when it results in a loss of quality — and this is precisely what The Black Album brought to fruition. Weezer delivers a batch of songs that are far more two-dimensional than the kind of work they’re capable of producing.

A combination of perplexing lyrical decisions and uninventive arrangements leaves the listener craving substance, and that’s only because Weezer has long been creating work of a much higher caliber than what they deliver here. This is precisely where the letdown lies: we know Weezer is able to create rich and exciting work, so to see them release anything else feels disappointing. — Lindsay Teske 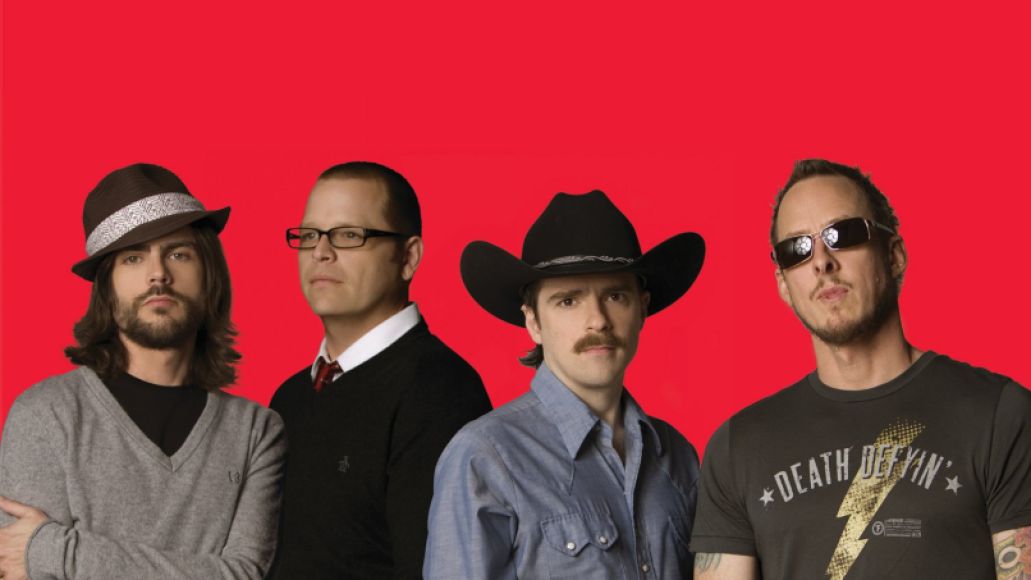 Weezer (The Green Album) is only 35 minutes. If you omitted tracks 7, 8, and 9 from Weezer (The Red Album), it would be the same length, not to mention damn-near perfect. And while our cowboy hats (or fedoras, if you’re a Brian Bell fan) go off to Cuomo for letting his bandmates take the pen and the mic on one song apiece, it was still a little jarring to hear a different lead voice that far into Weezer’s career.

Also, all of the songs written solely by Cuomo dealt with some form of nostalgia, giving Red a fairly strong concept that got broken up by the three cuts in the middle. And that’s not just nostalgia for friends or relationships either. “Heart Songs” bittersweetly rattles off the musical influences of his youth, and the genius epic “The Greatest Man That Ever Lived (Variations on a Shaker Hymn”) finds Weezer emulating some of those very same bands, including Weezer. — D.C.

Every Weezer Album Ranked From Worst to Best