If you listened to Shawn Mendes without knowing anything about him, it may not surprise you at all to learn that his music connects with people enough that they’ll wait however long it takes to scream those songs in the biggest venue they can access. Why wouldn’t people turn out in droves for his brand of poppy, often-intimate, singer-songwriter rock almost designed to be heard in spaces as big as Moda Center, where he kicked off his “Wonder: The World Tour” in Portland on Monday night (June 27th)? (Get tickets to the tour here.)

“I can’t tell you how good it feels to be here right now,” Mendes said three songs in. It’s hard to blame him; his last album, Wonder, is about a year-and-a-half old, yet another painful casualty of the Covid era’s impact on the live music industry.

Since October of ‘19, Mendes has played a handful of livestreams and small performances at festivals, but Monday’s performance, which stretched close to two hours long, was the first chance he’s had to really stretch his legs and play a real, fleshed-out show since the beginning of the pandemic. No wonder he’s excited to be back. 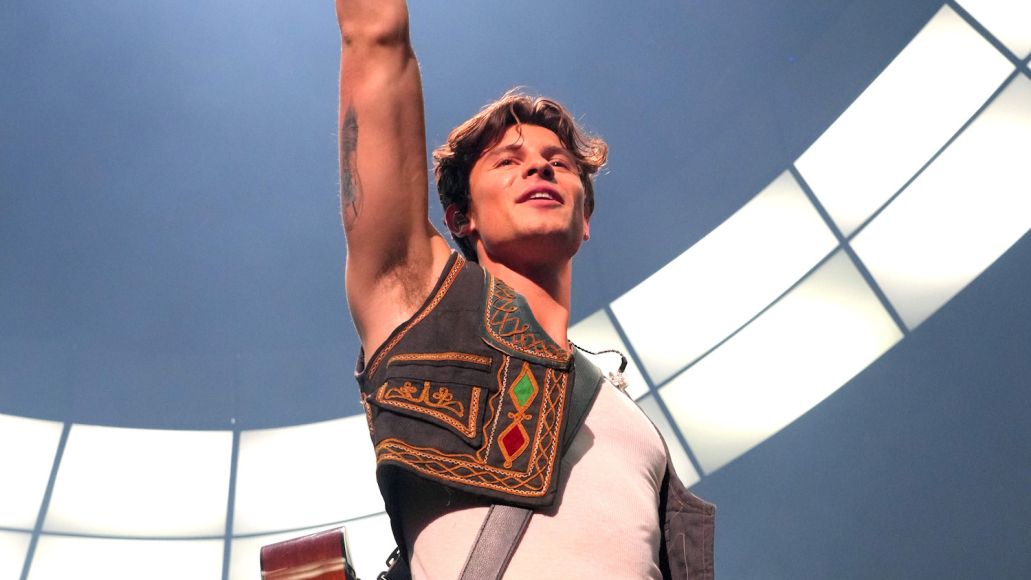 As such, both Mendes and the crowd seemed borderline ravenous — his performance felt cathartic, and the crowd (which was packed for a Monday evening show) never strayed from an opportunity to scream-sing their heads off (even for the more stripped-back, acoustic-guitar-or-a-piano songs). In that way, it almost feels like a gift that this tour has been so long delayed — the symbiotic relationship between the performer and the crowd becomes almost too big to fail when the anticipation levels build beyond a certain point. As it turns out, a year and a half is that point.