She Wants Revenge are hitting the road. On Thursday, the dark alternative act announced the “Disappear Tour,” slate of summer headlining dates across the US.

The tour signals a coming together between singer Justin Warfield and multi-instrumentalist Adam Bravin after their second indefinite breakup in 2020. (The first occurred in 2012 following the release of the duo’s third and most recent album, 2011’s Valleyheart.) Back in April, Consequence even did a deep dive into the history and happening of the California-based darkwave act as part of our ongoing Whatever Happened To series.

The cross-country trek begins August 11th at the Music Box in San Diego, California, before continuing on to cities like San Francisco, Portland, Seattle, Salt Lake City, and Las Vegas. After eleven other shows across the West, the tour will wrap up August 27th at Ventura Music Hall in Ventura, California.

“When I started going to concerts again, simply put, I got the itch,” said singer Justin Warfield in a statement. “Being without live music for such a long stretch during the pandemic was devastating not only as a fan, but also as a musician. When it was finally safe enough to unmask and play with friends in a rehearsal room, it was amazing, but it still wasn’t the same as the unpredictability and energy of a real show.”

Check out the full itinerary below and grab tickets here. 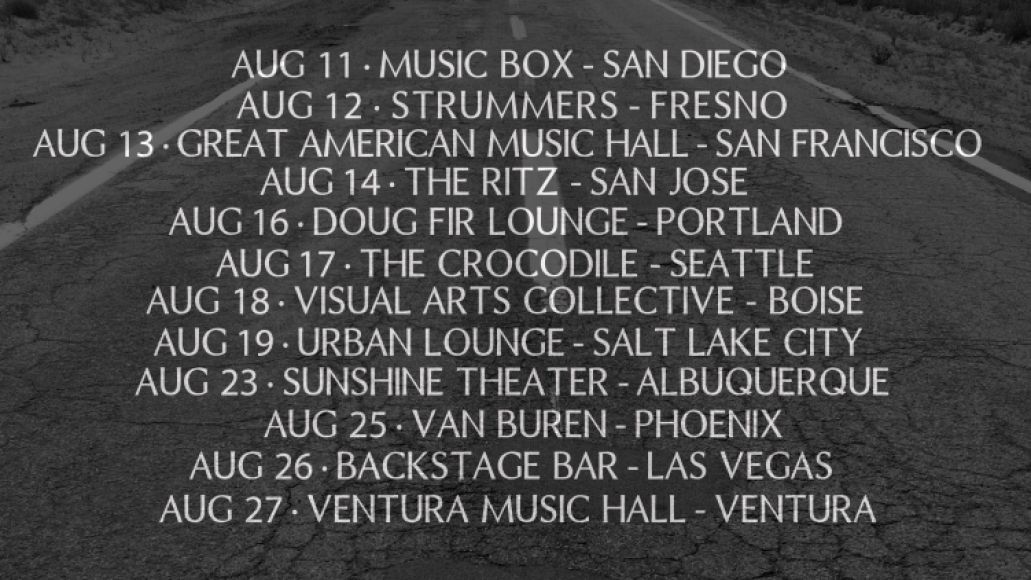