Spiritbox have surprise-released a new three-song collection titled Rotoscope, while unveiling the music video for the title track. You can stream all three tracks now.

The title cut sees Spiritbox embracing a more industrial metal sound. The pulsing beats and crunchy, syncopated riffs have a danceable quality, with frontwoman Courtney LaPlante going full melodic-pop on the vocals. But the clean singing dissipates on the chorus — a nu-metal explosion that’s wholly unexpected. The Max Moore-directed video showcases the intensity of LaPlante’s performance on the track.

The release also includes two additional tracks, “Sew Me Up” and “Hysteria.” The former is a mid-tempo riffer that recalls Diamond Eyes-era Deftones with its balance of pop-like songcraft, melody, and harshness.

Meanwhile, “Hysteria” has a more alternative/indie flavor until a soaring vocal sequence from LaPlante triggers a crushing outro. In only three tracks, Spiritbox manage to traverse an array of styles and ideas, making the Rotoscope release a worthy complement to their lauded 2021 debut full-length album, Eternal Blue.

The band formed in 2017 and rode a string of one-off singles to an eventual recording deal with Rise Records. A testament to Spiritbox’s swift ascent to popularity, their most well-known song “Holy Roller” was recently performed — and performed well, we might add — by a 10-year-old girl on America’s Got Talent. Not bad publicity for the Canadian metal trio.

Fans can catch Spiritbox when they open for Ghost and Mastodon on an upcoming North American tour that kicks off in late August. Tickets are available via Ticketmaster.

You can watch the video for “Rotoscope” and stream “Sew Me Up” and “Hysteria” below. 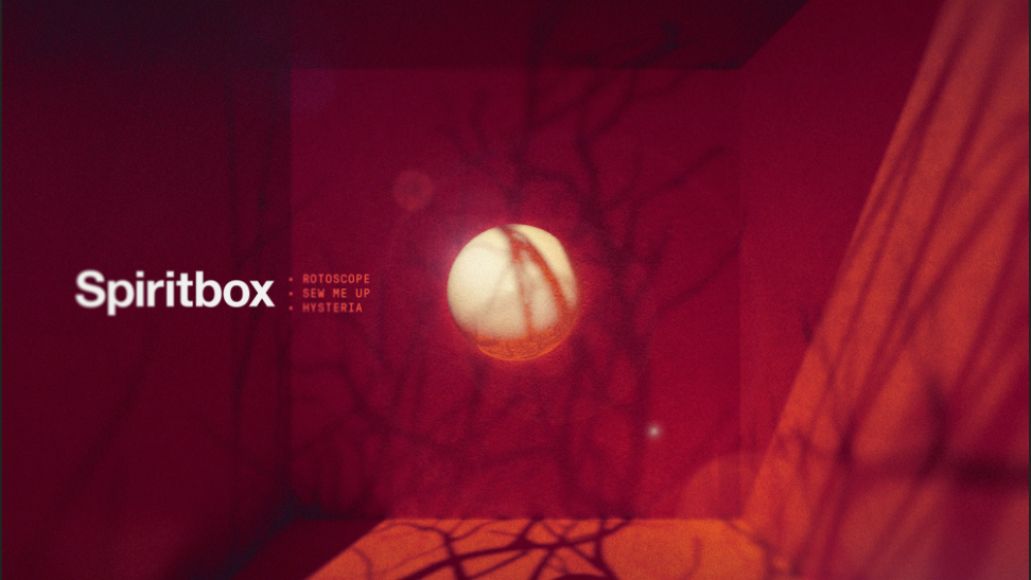