The Pitch: 1978, suburban Colorado — a small town is plagued by gas crises, bell-bottom jeans, and a mysterious kidnapper (colloquially known as The Grabber, played by Ethan Hawke) who’s been making kids disappear, leaving only a couple of black party balloons in his wake.

That’s the least of young Finney Shaw’s (Mason Thames) problems, though; he’s bullied relentlessly at school and brutalized at home by his alcoholic father (Jeremy Davies). His only comfort, apart from horror movies, is his brainy sister Gwen (Madeleine McGraw), whom it’s implied picked up some clairvoyant abilities from their long-dead mother.

Believe it or not, Finney’s summer gets even worse from there: The Grabber manages to kidnap him too, taking him to a featureless concrete basement with nothing in it besides a stained mattress and a disconnected black telephone. But Finney’s got more of a fighting chance than he might expect, especially once that phone starts ringing and he hears the voices of the Grabber’s previous victims. They want to help, but each only has a piece of the puzzle. It’ll be up to Finney to put them all together — alongside Gwen, who tries to use her gifts to help the cops find her brother.

Hope Rings Eternal: So much of The Black Phone feels indebted to Stephen King, and rightly so. More than the Stranger Things-inflected ’70s/’80s nostalgia backdrop, it’s actually based on a short story by King’s son, Joe Hill. And as writer/director Scott Derrickson’s (alongside co-writer C. Robert Cargill) return to horror after taking a little break to play in the mystical realms of the MCU (Doctor Strange), it feels a fitting followup to more effective chillers like Sinister and The Exorcism of Emily Rose. It just feels like the pair have lost a step or two after their detour into the mystic arts. 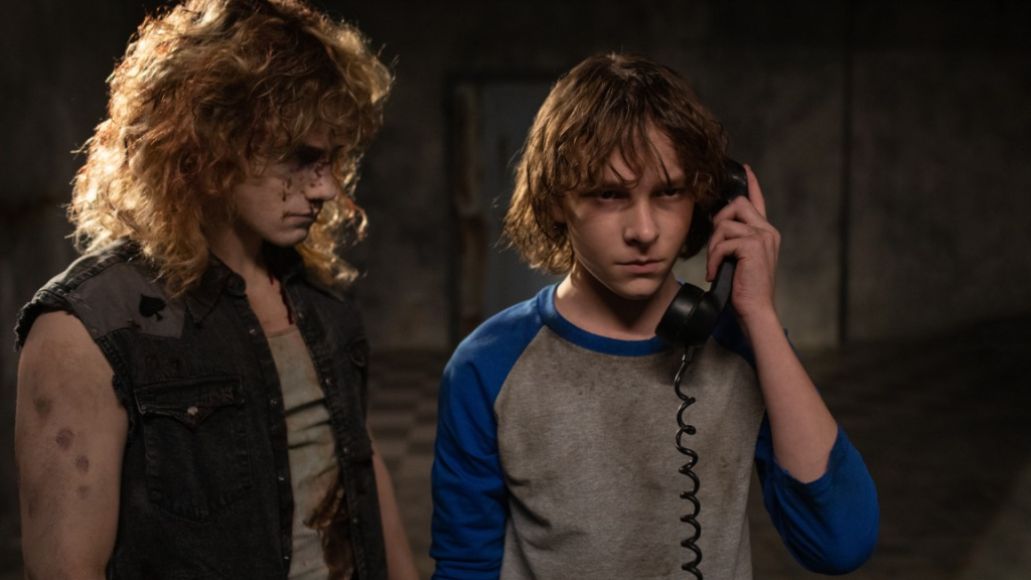 To be fair, the components are all there: the cast is largely excellent, especially Thames and McGraw as our erstwhile leads. As Finney, Thames has to carry so much of the film on his slight shoulders, his eyes studying every nook and cranny of his environs for a potential escape route. He’s got sufficient resolve for a horror movie protagonist, but Derrickson takes time to let him have realistic moments of desperation (including a break-down-and-cry moment when his latest potential avenue of escape proves fruitless).

His convos with the dead are well-rendered, Derrickson framing the pale corpses of the Grabber’s previous victims as though they’re talking straight at Finn, even though he only hears their muffled voices. The ghosts themselves can only help so much, as their fading souls remember less and less the longer they’ve been dead. But as they dispense advice, or even just cheer him on, those scenes play out in pleasingly bittersweet ways, especially with the kids’ strong performances.

The Janes Is a Timely, Tight-Knit Oral History of Underground Abortions: Review