The Pitch: When last we left The Boys, the assembled might of the anti-supe team and some sympathetic heroes had successfully vanquished loud-and-proud-Nazi Stormfront — and, in the aftermath of that battle, had made a real effort to return to a normal life. At the very least, Mother’s Milk (Laz Alonso) reunited with his family, Starlight (Erin Moriarty) rejoined the Seven, and Hughie (Jack Quaid) went looking a job that would let him keep doing the right thing “the right way, not covered in quite as many guts.”

So for Billy Butcher (Karl Urban) and his misfit friends this season, the goal is theoretically a pretty simple one: Take out Homelander (Antony Starr), the worst of the worst of supes gone mad with power. Taking out Homelander isn’t easy, though, which is why they look to the past — specifically once-iconic hero Solider Boy (Jensen Ackles), who died a glorious hero’s death decades ago… or so everyone thought. It’s just one of the mysteries unpacked over the course of the season, which might be the show’s most confident yet.

The Superhero Satire We Deserve: When Consequence was digging into Marvel Pop Culture Week last month, exploring all the ways the MCU plays with “our” reality versus its own, it was hard to not occasionally reflect on The Boys and how well it plays with all of the meta aspects associated with superheroes as they exist in our pop culture today.

Not just superheroes, but celebrity culture in general — not only does the Vought entertainment empire expand to cover a wide range of new genres in Season 3, including reality TV and Lifetime movies, but Episode 6 features one particularly brilliant bit of parody that cannot be revealed at this time, but will definitely drop you on the floor with its chutzpah.

Even while poking fun at the institution which currently keeps the American box office afloat, though, The Boys has proven its ability to have emotional resonance beyond the satire at play, which is hugely important to what elevates the series. While the pandemic doesn’t exist in this world, other key elements of the last two years of history play a larger role in the narrative, including the Black Lives Matter movement and conspiracy theory culture — and because it’s The Boys, you know its takes on those topics will be just uncomfortably close enough to reality to haunt you. 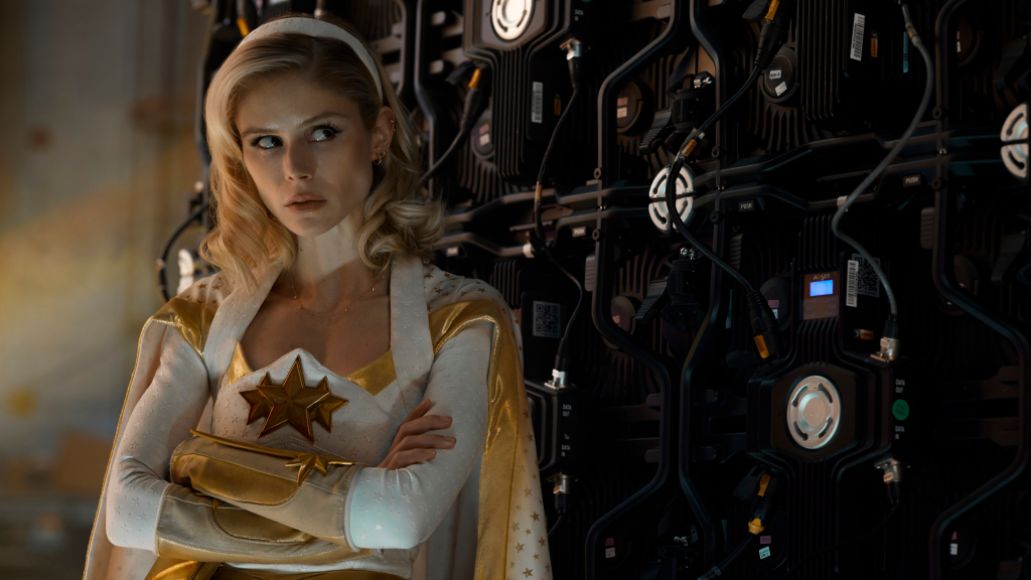 The Boys Season 3 Is an Even Darker Mirror For Today Than Before: Review