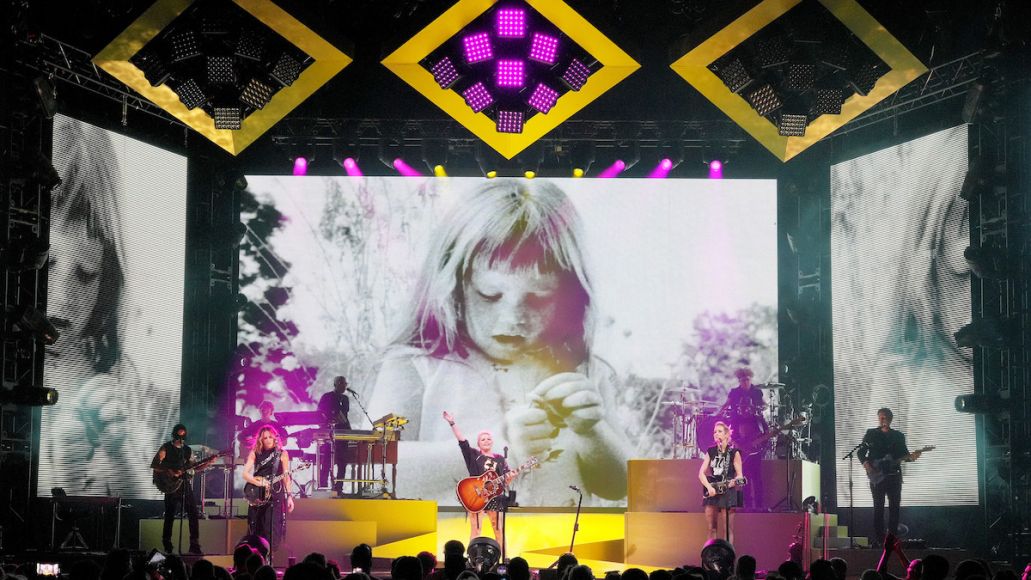 The main event then kicked off with the high-stepping bluegrass of “Sin Wagon,” which was emblematic of the bold lyrical content and fiery instrumental displays that would follow. After that, the group wasted no time in digging into the Gaslighter material, starting with the title track, the lusty “Texas Man,” and the sagacious après-breakup counsel of “Juliana Calm Down” (with both songs making their live debut).

Much of Gaslighter, of course, is an extended excoriation of Maines’ ex-husband, actor Adrian Pasdar, dealing with their breakup with sometimes discomfiting specificity. So it was a good thing for The Chicks to break up that litany of grievances, however justified, with the bright, breezy, “Wide Open Spaces” before getting back to business with “Hope It’s Something Good,” which also received its first live performance, and an especially blistering “How Do You Sleep at Night.”

Next up was a set-piece that Maines called the “dice game,” during which she brought out a young assistant named Violet (Strayer’s daughter, perhaps?) to roll a giant fuzzy die to determine the next song played. Various songs, including “Ready to Run” and “Mississippi,” were listed 1-6 on the video screens, and the die roll determined the winner to be No. 6: “Truth #2.” It was a cute bit, carried off somewhat awkwardly, though, and it also made you long for the tunes that weren’t played. Presumably, it will run more smoothly as the tour progresses, though it could just as well be dispensed with. 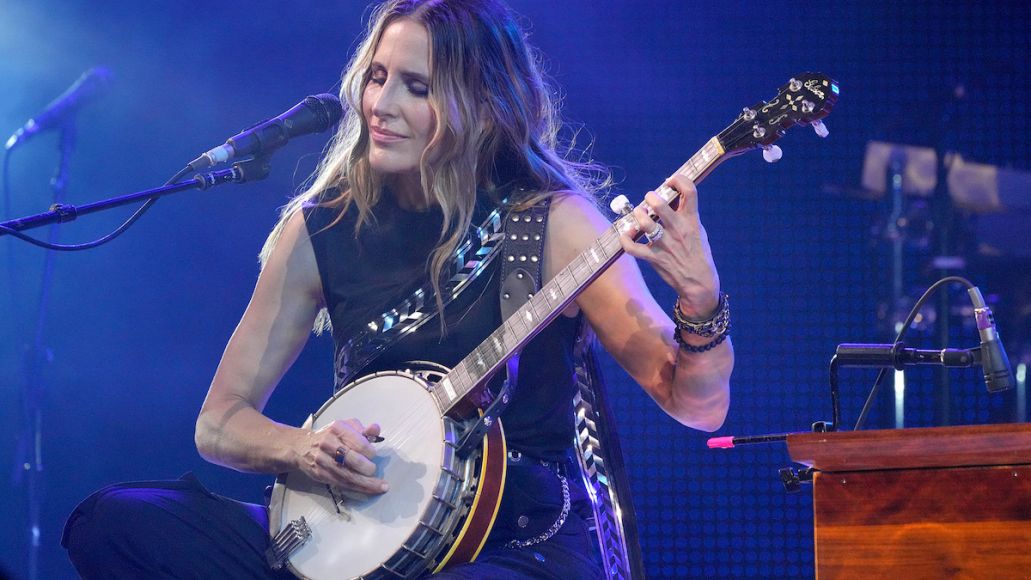 Emily Strayer of The Chicks, photo by Kevin Mazur/Getty Images for TC

Another hit, “Wide Open Spaces” and another Gaslighter track — perhaps its most pointed — “Tights on My Boat,” followed, before there was more stage business. This time the entire band was brought out front for an acoustic set that offered a fresh take on a number of favorites including “Cowboy Take Me Away,” and an extended, jammy “Long Time Gone” which interpolated a bit of “Daddy Lessons,” the group’s collaboration with Beyonce.

“Is anybody else sweating like a whore in church?” Maines quipped. The answer, of course, was yes, we were. If it was The Chicks’ intent to bring with them on tour a little bit of their home state of Texas, the summer heat wasn’t likely what they had in mind. Ever since the band hit town for a few days of pre-tour rehearsals, though, the St. Louis swelter approached dangerous levels.

More acoustic takes, “Long Time Gone” and The Chicks’ always-lovely take on Fleetwood Mac’s “Landslide” didn’t make things any cooler, but they provided a welcome distraction from the heat.

The next segment only raised the temperature higher, though, as it checked the box for The Chicks’ political bona fides. “Don’t Let Me Die in Florida,” a song written by Patty Griffin, isn’t a political song, but given the recent governmental shenanigans there, The Chicks’ smoking take certainly felt pointed in that direction.

They followed that with “March March,” a powerful “Gaslighter” track railing against gun madness as well as other societal regressions of recent times. The video screens flashed the names of cities where mass shootings have occurred followed by names of those killed under questionable circumstances by police. The overall effect was both spine-tingling, infuriating, and, with any luck, inspiring to those who hear the song’s call to action.

“For Her” took that same subject matter and energy and put a positive spin on it. With anticipated Supreme Court decisions as the subtext (Maines was even wearing a black T-shirt emblazoned with a shiny gold “Notorious RBG” design), the song asked the musical question, “Why can’t we be together?” and instructed, “Stand up, show love/ For her, for her.”

After that bit of heaviness, a rollicking “White Trash Wedding” served as a palate cleanser and, one would think, lead-up to the finale. But first, there was another set adjustment as a piano was brought out and The Chicks sat down for a hushed take on “Everybody Loves You.” Maines struggled to find the right key and the song turned out to be the one clinker of the night. “It’s our first show,” she explained — which couldn’t be denied. “Young Man” made things right again, and was especially poignant with the subject of that song — her son Slade — sitting right behind her. The segment was a bit of a momentum-dampener, however. 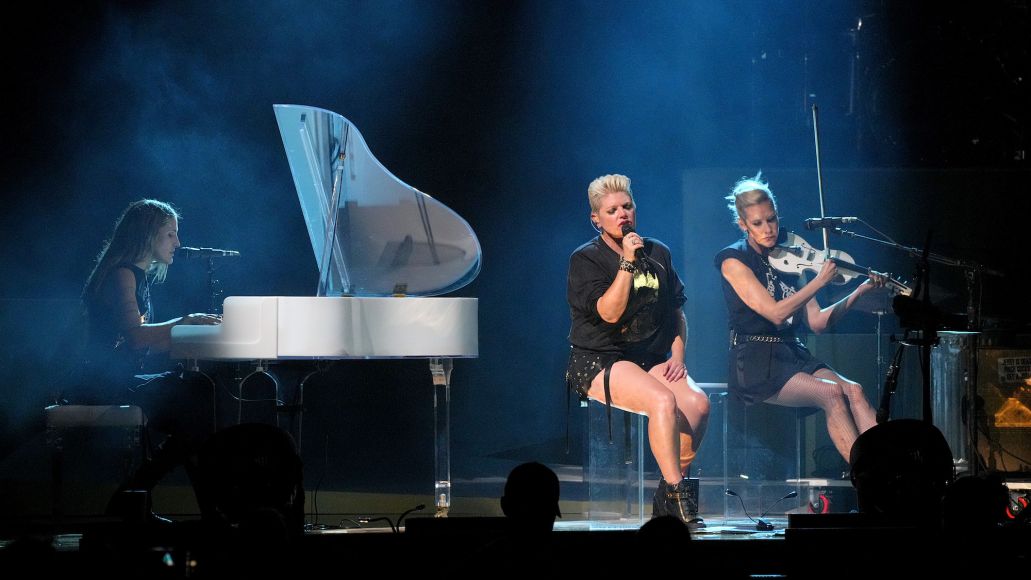 “Not Ready to Make Nice” made clear that message still stands, nearly 20 years after The Chicks were canceled by country radio, even before being canceled was a thing. And good for them. The show closed with the still delightfully un-PC revenge fantasy “Goodbye Earl.”

There was no encore, because really, where do you go after that? Nowhere, especially if you’re Earl.

The Chicks next play the Hollywood Casino Amphitheatre in Chicago, IL on Wednesday, June 15th. Tickets for that gig, and for the rest of the tour, are available via Ticketmaster.