It’s been 25 years since The Get Up Kids released their debut album Four Minute Mile, so naturally, they’re gearing up to celebrate it with an anniversary tour. The emo veterans have announced a run of shows where they’ll play the LP (plus the 1997 EP Woodson) in its entirety. Fellow genre trailblazers Sparta will serve as the special guest.

The “Four Minute Mile 25th Anniversary Tour” begins in August in Texas, where Matt Pryor and company will hit Dallas, Houston, and Austin before moving over to the West Coast. From there, the band heads east before wrapping up in Philadelphia on September 29th. See the full list of dates below, and grab tickets via Ticketmaster starting Thursday, June 16th at 12:00 p.m. ET.

The Get Up Kids’ last album was 2019’s Problems. See where we ranked them in our list of the 100 Best Pop Punk Bands. As for Sparta, the El Paso band dropped Trust the River, their first new LP in 14 years, in 2020. Revisit the Origins of that album’s song “Miracle,”  and check out Jim Ward’s interview with Kyle Meredith. 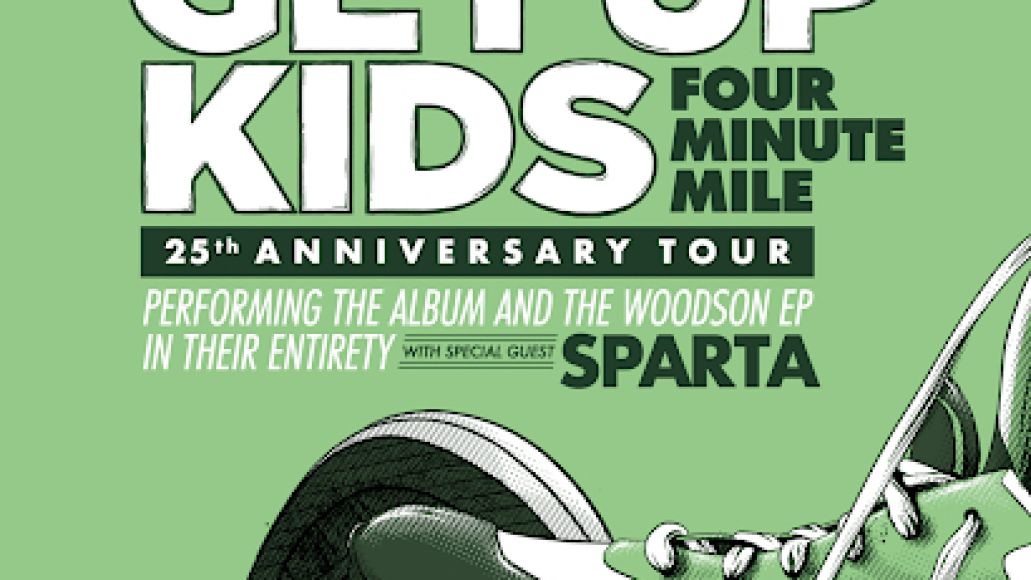