The Mountain Goats are gearing up to release their 20th (!) album. Today the indie folk veterans have announced the action-packed Bleed Out, due out August 19th on Merge Records, and shared the record’s first single, “Training Montage.” Plus, the band has mapped out new tour dates.

Bleed Out is all about energy. Inspired by pandemic cabin fever and the fight scenes of old-school action movies, The Mountain Goats’ latest project is understandably a bit rougher than their acoustic reputation might suggest. Singer-songwriter John Darnielle explained the album’s origins in a statement.

“So, heads up. I got this idea to write a bunch of songs where they were all uptempo mini-action movies,” Darnielle said. “Plots, characters, heists, hostages, questionable capers, getaway cars, all that stuff. Gas pedal glued to the floor. Eventually as you might guess I wanted at least one song where the tempo relaxed a little and that’s the title track but otherwise buckle up. We hid out in the woods in Chapel Hill and made this album with nobody knowing about it. Proper secret-soldier style. It has been pretty hard keeping this under our hats, we are really proud of what we got here.”

In keeping with the band’s ferocious new direction, The Mountain Goats enlisted Bully’s Alicia Bognanno to produce Bleed Out, which they recorded in a single week. First single “Training Montage” lays Darnielle’s (and every action hero’s) intentions bare: “I’m doing this for revenge,” he sings, just as the track’s acoustic beginning explodes into a full-band strut. Listen to the vengeance-themed track below.

Bleed Out arrives on High-Velocity Spatter” red marble, double Peak Vinyl, CD, and cassette. Pre-orders are available now, and the album’s movie poster-inspired artwork and tracklist are listed below.

A Quick Catch Up with The Mountain Goats’ John Darnielle

Along with the new album, The Mountain Goats will embark on a US tour this August before hitting the UK in November. See the full list of tour dates below, and grab tickets via Ticketmaster.

Just last June, The Mountain Goats released album 19, Dark in Here. We caught up with John Darnielle to discuss the band’s recent output, and rounded up their 10 most career-defining songs. 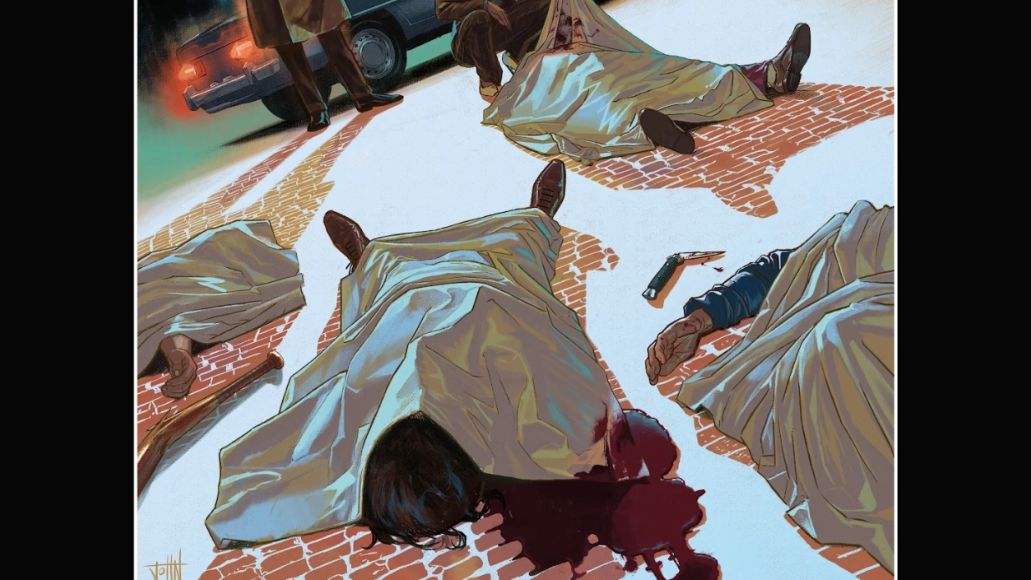