Twelve Carat Toothache (out today, June 3rd) is Post Malone’s shortest album to date. And according to Posty, this is a deliberate play to resist the overloaded track lists that dominate streaming platforms; “I’ve made a lot of compromises, especially musically, but now I don’t feel like I want to anymore,” he said in a Billboard cover story back in January, “I don’t need a No. 1; that doesn’t matter to me no more, and at a point, it did.”

This points to a few different potential outcomes for his fourth studio album — now that Post Malone has indeed scored his multiple No. 1s, ascended to true headliner status, and became a “sensitive bad boy” icon, taking some of that pressure off to make hit after hit could absolutely work in his favor. If he has nothing to lose at this point in his somewhat indestructible career, then Twelve Carat Toothache could be anything he wants it to be, and being liberated always sounds pretty fashionable.

Or, the lack of preciousness and pressure could result in all of these songs, essentially, being filler. Post Malone could put anything out at this point and people will still listen; so, would that make him work harder to create a more personal, experimental portrait? Or would he phone it in with an aimless, mostly hollow collection of songs that lack the capacity to cut through the noise? The answer, unfortunately, is the latter — but not without a few illuminating moments.

Post Malone wants you to know that he is tortured. He has been going through it. He’s not been taking care of himself, smoking an unholy amount of cigarettes, and sabotaging his relationships. From the very first song, “Reputation,” he warns the listener with a laundry list of vices that he feels is tied to destiny: “I was born to raise hell/ I was born to take pills/ I was born to fuck up.” These dark and cynical truths aren’t necessarily new concepts for Post, since 2019’s Hollywood’s Bleeding actively doubled down on the tortured excesses of fame.

But there’s a much deeper investigation on Post’s part in Twelve Carat Toothache, and though at times the honesty is refreshing and real, he can’t resist wading in shallow waters for most of the album. “Insane” and “I Cannot Be (A Sadder Song)” are run-of-the-mill Post Malone tracks, and though the latter track finds him lamenting a toxic relationship with some genuine frustration, it’s relatively basic compared to some of the LP’s meatier tracks.

Remarkably, Post Malone’s comments about not succumbing to the hit-making machine required by his label don’t actually make any sense, because half of the songs on this album feel catered to radio stations and streaming playlists. “Wrapped Around Your Finger” is almost like a rehash of “Circles,” right down to its ’70s groove and mixed metaphors (“I was wrapped around your finger/ but then I shot back down to earth” — those are two different things, but ok!). The Weeknd-assisted “One Right Now” has already peaked at No. 6 on the Billboard Hot 100, but it’s a rather plain song from both musicians, even if the synth bass line is irresistible.

But arguably, the album’s most infectious track belongs to “I Like You (A Happier Song),” which features a terrific verse from Doja Cat. All of the melancholy that overpopulates both halves of the album is completely removed on “I Like You,” and the freedom and lightness of the track feels reminiscent of Post’s earlier hits, but with more pop star vigor and character than ever before. Both Post and Doja lean into a sort-of puppy dog romance that doesn’t often show up on their work, and none of it sounds half-assed or too cool (which Post has a habit of achieving a lot).

Post’s impressive list of collaborators also help to boost the overall mood of the album, but only so far; The Kid Laroi-featuring “Wasting Angels” is the most forgettable and awkward track on the album, complete with a chorus that seems trapped in 2012. Both Gunna and Roddy Ricch are undoubtedly talented rappers, but they sound pretty flat in comparison to Post’s seismic vocals on “I Cannot Be (A Sadder Song)” and “Cooped Up,” respectively.

And that brings us to the Fleet Foxes-assisted “Love/Hate Letter To Alcohol,” which he debuted on Saturday Night Live last month with Robin Pecknold in tow. A few years ago, a video surfaced of Post Malone singing a portion Fleet Foxes’ eight-minute epic “The Shrine/An Argument,” and even though he donned a cowboy hat and his style was far from the meticulous indie folk that Fleet Foxes championed, it was clear that this was music he truly connected to.

Now that his status is untouchable and Post made a point to show his audience that he wants to make music strictly from the heart, it makes sense that he’d want to work with them — but the resulting track is miles removed from both Pecknold and Post Malone’s respective wheelhouses, settling instead for an awkward rock song about his relationship to alcohol. The gorgeous, emotive wash of harmonies that Fleet Foxes provide end up existing as a token folklore aesthetic rather than a singular element in the song, and Post’s chorus is intended to be revealing but ends up feeling empty: “You’re the reason I got my ass kicked/ but you’re the only thing that drowns my sadness.”

The track sounds appropriately massive, but the Fleet Foxes addition is completely pointless — it’s almost as if Post decided that the defining quality of their sound is just “lush, earthy harmonies,” and rather than actually having something to offer from a songwriting perspective, he decided to waste them on a song that (musically) wouldn’t be out of place on an Imagine Dragons album. Fleet Foxes may have made even more sense on the pop-punk indie country ballad “Lemon Tree” (yes, all three of those genres apply), but even Robin Pecknold can’t save the song from Malone’s ridiculous country twang and typical Post-isms like, “In every film I watch I’m on the side of the bad guy.”

But plain lyrics and forgettable sonics aside, at the core of these songs is a tension that does a great job of acknowledging: his patterns of self-destructive behavior. Though it’s the tenth out of 14 tracks, the album truly culminates in the phenomenal “Euthanasia,” where Post Malone truly dons his artist hat and begins to hit at all the conceptual points that he laid out in the album’s opening number. “Took a fuckin’ sip from my ash can/ it didn’t bother me too much/ spit another tooth in the trash can/ I gave up on keeping me in touch,” he croons.

The cost of his lifestyle has obviously caught up with him, but rather than make the song an active attempt to change his ways, he can’t help but fantasize about death, the ending of pain. “When I go out, it ain’t gonna hurt at all/ a choir of angels, euthanasia.” It’s a fascinating and moving pause to the lopsided, mixed-bag nonsense that populates the album, and it marks the first time that Post transcends so far beyond his aesthetic that he feels deeply, truly human.

“Euthanasia” is by far the most moving and affecting song on Twelve Carat Toothache, but of course, Post knows that well. So well, that he includes the original demo as the final song on the album, almost serving as a reminder to the listener of his moment of brilliance. We hear him croak through the first verse, unpolished but drowning in his usual reverb, and that’s the final note we’re left with — and though the sentiment is nice, it begs the question of why “Euthanasia” wasn’t always intended to be the final track on the album. And, if he believes that song is special, and he is “liberated” from the hit-making structure, why wouldn’t that song serve as a guidepost for the rest of Twelve Carat Toothache?

These kind of choices make Twelve Carat Toothache feel thrown together and incomplete. Post Malone did himself a favor by limiting the run time of the LP, but if he’s championing quality over quantity, the quality has to be more incisive, specific, vulnerable, and holistic.

But even if the album doesn’t quite hit consistently at Post Malone’s introspective concepts, he does have one thing that will always work in his favor: his remarkable, wildly unique singing voice. And luckily, Post Malone really pushes himself vocally on Twelve Carat Toothache, and it’s the best he’s physically sounded on any of his studio albums. If only he applied the same work ethic to shaping these songs… but alas, Post Malone might just be too self-destructive.

Essential Tracks: “I Like You (A Happier Song)(with Doja Cat),” “Cooped Up (with Roddy Ricch),” “Euthanasia” 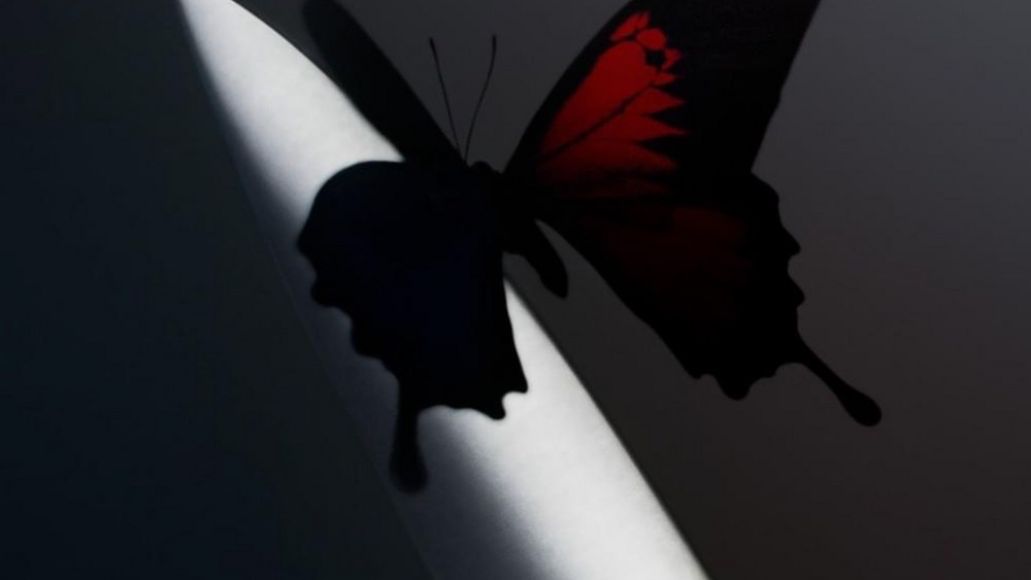