Fresh off the announcement of their fifth studio album, Keep On Smiling, as well as the release of their euphoric new single “Wonderful Life,” Two Door Cinema Club are riding high with momentum. Throughout the last 12 years, the Northern Ireland trio has shot from the tiny fonts to festival favorites, making appearances at nearly every major music festival in both the US and Europe. And now, after a lengthy lockdown and with new music in tow, Two Door Cinema Club are back on the festival circuit, including an appearance at this year’s Mad Cool Festival in Madrid (get tickets here).

Mad Cool contains a bit more than your usual music festival — the event’s organizers have worked tirelessly to foster a unique festival culture, and it’s one that has artists beaming after they leave the stage. Two Door Cinema Club indeed played Mad Cool festival back in 2016, which was the festival’s inaugural year, and they’re certainly looking forward to returning to Madrid this summer. “Live music in Spain is always fantastic,” says guitarist Sam Halliday, “they always know how to party!”

Bassist Kevin Baird reminisced on the band’s 2016 performance as well: “I remember the backstage area had all these ruins of a cathedral-type building,” he says, before noting that Mad Cool has changed locations as they’ve gotten bigger. Now moved to a whopping five days and set in a scenic open-air field in Valdebebas, Mad Cool has only gotten bigger and better. “You look at these lineups in festivals in Germany or in the UK and then Mad Cool comes around and blows everyone out of the water,” says Baird. “I don’t know how they’re getting all these amazing artists!”

Not only that, Baird and Halliday both agree that there’s something in the water in Spain that fosters a particularly great festival environment. “Portugal and Spain are always the best gigs in the summer, in terms of European festivals. Just the culture of dancing and going out at night is so strong, and it’s all about the music and dancing and having fun,” says Halliday. “I feel like sometimes the UK was once a little bit too caught up in a drunken culture and chanting and shouting and moshpits and all that sort of stuff. In Spain, it’s a bit more about the music, I suppose.”

Even more unique is the opportunity to simply play in Madrid, which Baird notes is due to the large number of festivals and venues “mainly around the Spanish coasts.” “You get a lot of people there in the summers, so it’s really nice to be in Madrid itself.”

As for the festival overall, remarkably, tickets for Mad Cool 2022 are still available. So, if you’re looking to get your Two Door Cinema Club fix before their North American and European tours this fall, you can head over to Mad Cool’s website and view the variety of ticket options there.

With the promise of both new music and old tunes, Two Door Cinema Club are a must-see act at any festival. As their Mad Cool performance gets closer and closer, it’s becoming clear that it’s going to be a show for the ages.

Editor’s Note: Consequence is the North American media partner of Mad Cool and will be on the ground during next month’s festival. 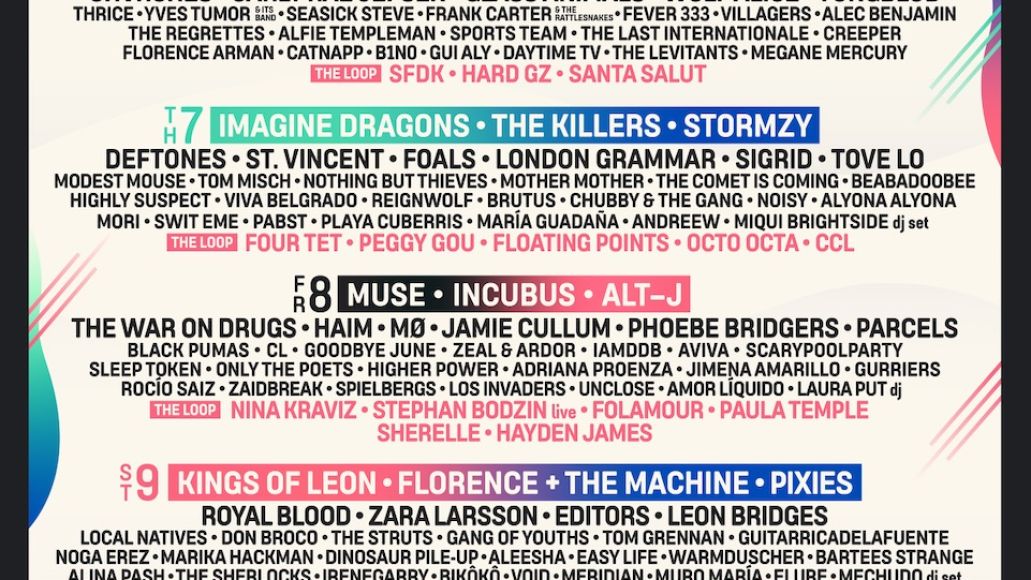