The Pitch: The Umbrella Academy is not a subtle show. Characters outwardly express both what’s happening on screen and their feelings about it. The cinematography calls constant attention to itself with aerial shots and CGI camera maneuvers to glide us around stately mansions and old-fashioned hotels. In one episode of the show’s third season, “Cat’s in the Cradle” plays as an ironic musical accompaniment for a spoof on a father-and-son bonding montage. There are somehow needle drops more obvious than that.

That The Umbrella Academy is a show that, in a way, serves as its own audio description, might be more of a liability were it not for its characters, both the core of ne’er-do-well estranged adopted Hargreeves super-siblings as well as the many beings they get to know. Watching this show means accepting that things can change irrevocably only to go back to how they were not even an episode later. This can admittedly diminish the emotional impact of would-be devastating moments. But the show, to its credit, has characters who are compelling for who they are, not for what happens to them.

Season 3 of the Netflix series generally delivers what viewers have come to expect: space-time continuum fuckery and dialogue that’s equal parts snark and sincerity. Once again, the world is about to end and our dysfunctional heroes can barely keep a family meeting on track, let alone come up with a plan to save the world.

About Viktor: This time around, a shift in the timeline means the Hargreeves return to find their home is now The Sparrow Academy and that their father opted to adopt and mold a different group of gifted children (and one floating, glowing cube). Among these is deceased Hargreeves brother Ben, played by Justin H. Min, who seems to relish the opportunity to swap playing conscience for his siblings for nose-in-the-air priggishness.

But the greatest change the show has undergone up to this point wasn’t some convoluted plot turn involving alternative timelines. Rather, it came from a cast member’s coming out. On December 1, 2020, four months after the second season of The Umbrella Academy dropped on Netflix, star Elliot Page introduced himself and became arguably the world’s most famous transgender man in the process.

It wasn’t until March of this year that the news was official: Enter Viktor Hargreeves, along with the show’s reality dealing with a shakeup more relatable — and sensitive — than the kinds it usually deals with. If there was ever a time for The Umbrella Academy to embrace subtlety, this was it. And while many characters and their respective journeys on this show have grabbed my attention, none can compare to learning where the man we’ll come to know as Viktor came from. 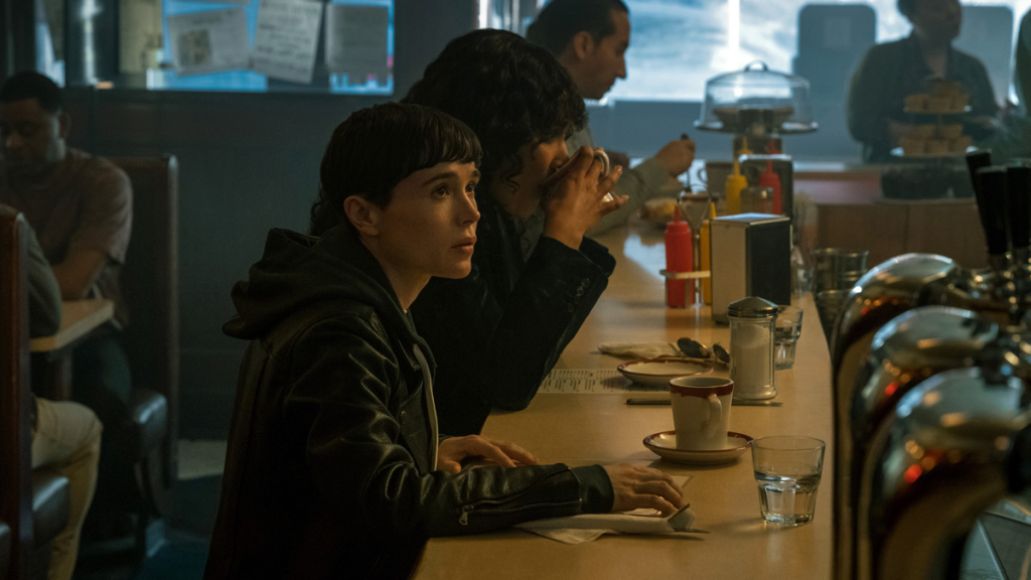 While there are some issues with the third season of The Umbrella Academy, how Viktor’s transition is handled is not one of them. There’s always room for critique, of course, but the show still manages to take something perceived as a tricky subject and succeeds by not making it any more complicated than it actually is. Viktor reintroduces himself to his family, they accept, and the show continues the status quo of quips about paradoxes and whatnot. It embraces Viktor without betraying itself.

It also doesn’t betray the other characters by not portraying their reactions, letting things play out in a way that feels true to the show’s reality and ours. As a plotline, Viktor’s coming out is hardly the primary or even secondary focus of Season 3. But its impact persists throughout the season and will continue for as long as Page is part of the show.

It must be understood that Viktor’s transness is an essential part of his identity, but it’s not the only part. So far, The Umbrella Academy has tackled this extremely delicate matter in an admirable way, likely helped in no small part by Page’s consultation and experiences. Hopefully, the bar keeps getting raised, by it and other series that may follow its example.

One Big Superpowered Family: The other Hargreeves are mostly as you remember them. Undergrown time-hopper Five (Aidan Gallagher) provides exposition while looking like the world’s most put-upon prep school student. Gorilla-bodied brother Luther (Tom Hopper) has delved further into himboism, medium and recovering addict Klaus (Robert Sheehan) adds a few more potential clips for “[x] minutes of Klaus Hargreeves being chaos personified” videos, and the knife-throwing Diego (David Castañeda) is still hotheaded, with a new companion to really test his patience.

Aside from Viktor, the greatest character development among the Hargreeve siblings happens with Allison, the sole sister. Emmy Raver-Lampman hits the right balance of grief-stricken and infuriated as certain information comes to light.

The Umbrella Academy is a show about superheroes where much of the on-screen action involves characters sitting around talking. And the conversations are often arguments and subsequent apologies for those arguments. Season 3 feels like the talkiest one to date, as well as the most claustrophobic. The characters are mostly confined to the bounds of the Academy and a mysterious hotel. When the setting shifts in both place and time, even briefly, like a journey to Berlin post-wall fall, it’s revitalizing in a way the show could use more of.

The Verdict: Even if a lot of Season 3 feels like downtime, it’s still largely enjoyable downtime, thanks to a cast that understands their characters and how to play off of one another. It wouldn’t be that difficult to write a replica of the typical Umbrella Academy dialogue scene. But it’s the energy and commitment of its performers that prevent the show from becoming a blur of jargon and deadpan interjections.

The show also wisely brings together the two characters with the most contrasting personas: wild child Klaus and austere patriarch Reginald for something of a 2020s take on Jeff Spicoli and Mr. Hand. 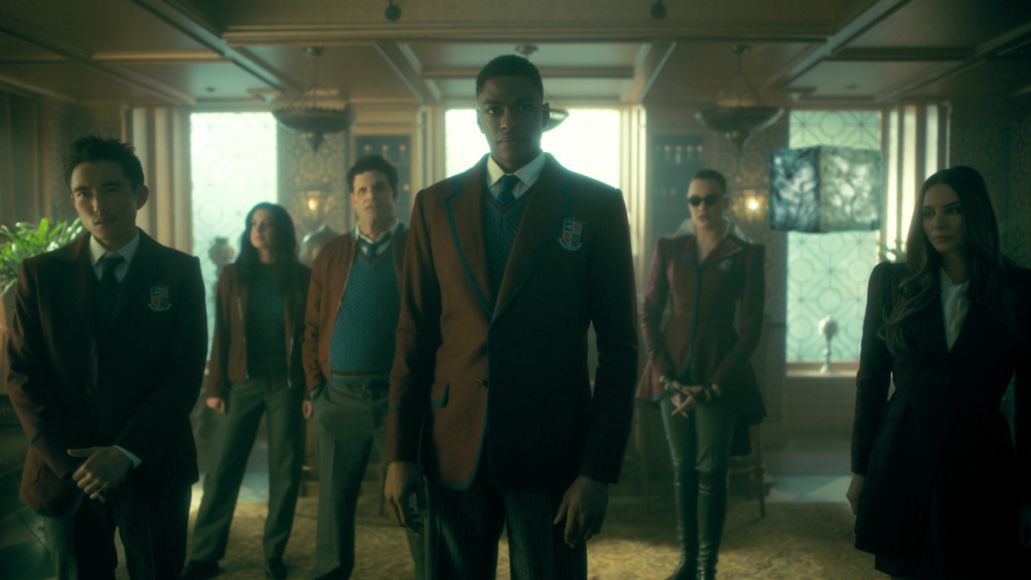 Certainly, there are plot developments, but even the surprises on The Umbrella Academy feel somewhat predictable. It’s a show about nothing being certain and the smallest actions in the present having the greatest consequences in the future, but while many Season 3 plotlines had exciting potential, how they ultimately resolve tends to feel a little too tasteful and logical. While the aversion to potentially alienating fans is understandable, it’s hard not to long for this show about misfits to be as eccentric as it could be, rather than only occasionally dipping its toe into pulpiness.

The Umbrella Academy started off as a family drama crossed with a superhero saga. But Season 3 is more like a hangout show where doomsday being constantly around the corner is treated with relative nonchalance. The characters seem to know they’re on a TV show, which means the stakes are never as high as the circumstances would actually demand, and its devotion to its tropes means it’s pretty easy to see the gears turning in any given scene.

Those shortcomings don’t break the season. But they do make the handling of Viktor’s storyline feel even more appropriately empathetic by proxy. On a show where everything is confusion and explanations only lead to further confusion, it’s reassuring to know that a character can be himself without demanding he provide any specifics as to why. By not saying more than it needed to, The Umbrella Academy manages to say more than it ever has.

Where to Watch: The Umbrella Academy is back in session when Season 3 premieres June 22nd on Netflix.