With our Origins feature series, artists get to reveal insights about their latest project. In this edition, Vince Staples reveals the inspirations behind his new graphic novel, Limbo Beach.

Vince Staples has been involved with a glut of projects over the last year. The Long Beach rapper has released a pair of albums (last summer’s self-titled LP and this past April’s Ramona Park Broke My Heart); starred alongside Henry Rollins in a Tyler, the Creator-directed Converse commercial; and appeared on The Alchemist’s This Thing of Ours 2 EP.

All the while, Staples was also working with Z2 Comics on a new graphic novel, Limbo Beach. Finally, the book is ready for release, and the hip-hop artist is sharing a first-look at the pages, as well as diving into the Origins of the story.

Limbo Beach seeks to put a new lens on childhood — particularly Staples’ own — via the whimsical world of an abandoned amusement park located on a distant island. This is no order funfair, however, as the logline explains: “‘Every kid has the same story. Wash up on shore. Enter the amusement park. Get superpowers. Why are you so different?’… Follow the newest member of the Wunderlosts, a band of misfit teenage raiders, on a journey to discover the truth about the park — and himself — in a tale that is equal parts Lord of the Flies and The Warriors.”

Staples co-wrote the story with comic writer Bran Edward Hill (Batman & The Outsiders), editor Chris Robinson (Children of the Atom), and artist Buster Moody (Teenage Mutant Ninja Turtles). Check out an advanced look at what they created below, along with some insights into the Origins of Limbo Beach from Staples himself.

Limbo Beach is available for order now via Z2 Comics. Standard softcover and hardcover editions retail for $19.99 and $29.99, respectively, while a Deluxe Edition including a slipcase, an exclusive music component, and three exclusive art prints goes for $99.99. The Super Deluxe Edition comes with all that plus is hand-signed by Staples and limited to just 1,000 copies. 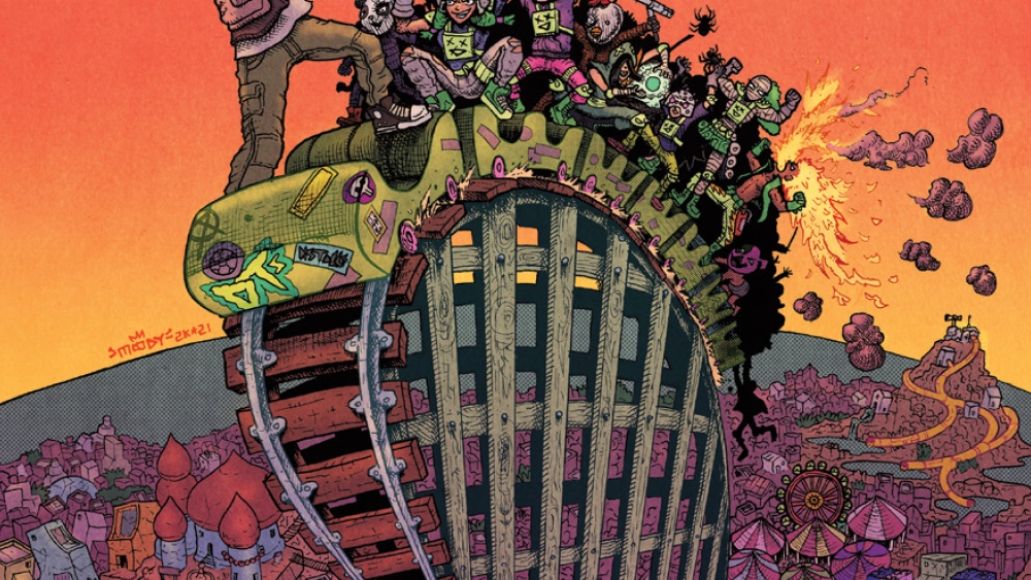 Limbo Beach is a story that we came up with to explore the dynamics of childhood that we don’t speak about or hear about a lot. Everybody is a kid or is growing into being a kid. It comes with a lot of challenges that are unexplainable, so we’re going to create an explainable world to dissect a lot of the things that you go through during those years where you’re trying to figure yourself out, figure life out. Asking and answering the questions: What are the repercussions for a child? What is the space of innocence? What is the idea of heaven? Hell? Limbo? It’s a metaphor for life itself and how you can always end up lost, and how we get from there, and how we get to there.

Growing Up in Long Beach: 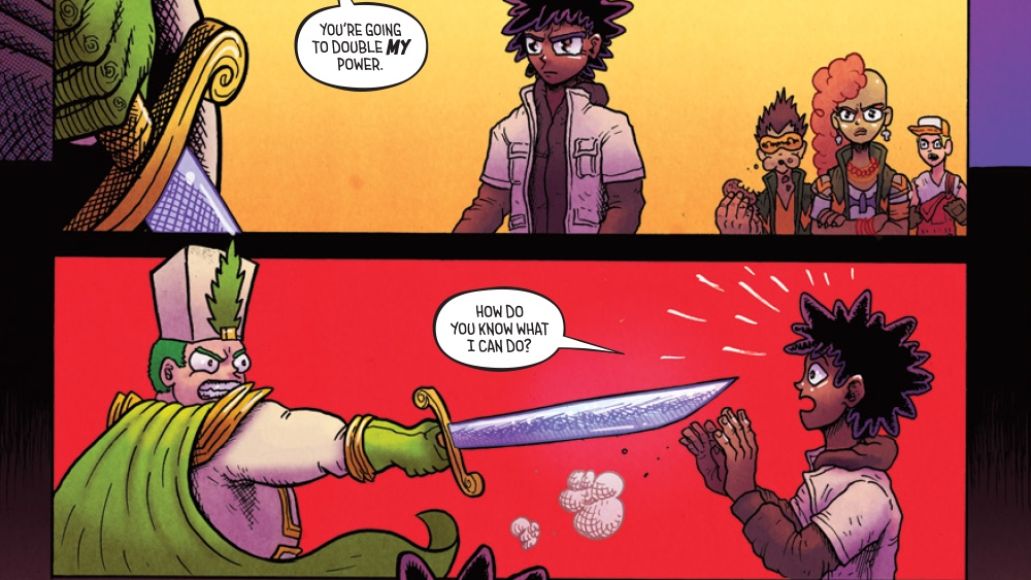 I grew up in a place where we championed people for being themselves, for being different. It was a perfect storm to be who I am. A perfect time and place to grow — be able to be unique when it comes to clothes and music. Everyone wanted to be different. Everyone wanted to stand out. It wasn’t necessarily an attention-seeking thing. It was just identification.

I was blessed enough to be part of a time when there was a lot of peace going around, there was a lot of camaraderie going around. In my age group, I was around a lot of people in Long Beach trying to be bigger than themselves. A lot of that came from having a strong sense of identity, a strong sense of self and just being able to be yourself no matter what, and being creative with even the little things in life. That helped formulate how I created, which led us to creating this.

Favorite Parts of the Book: 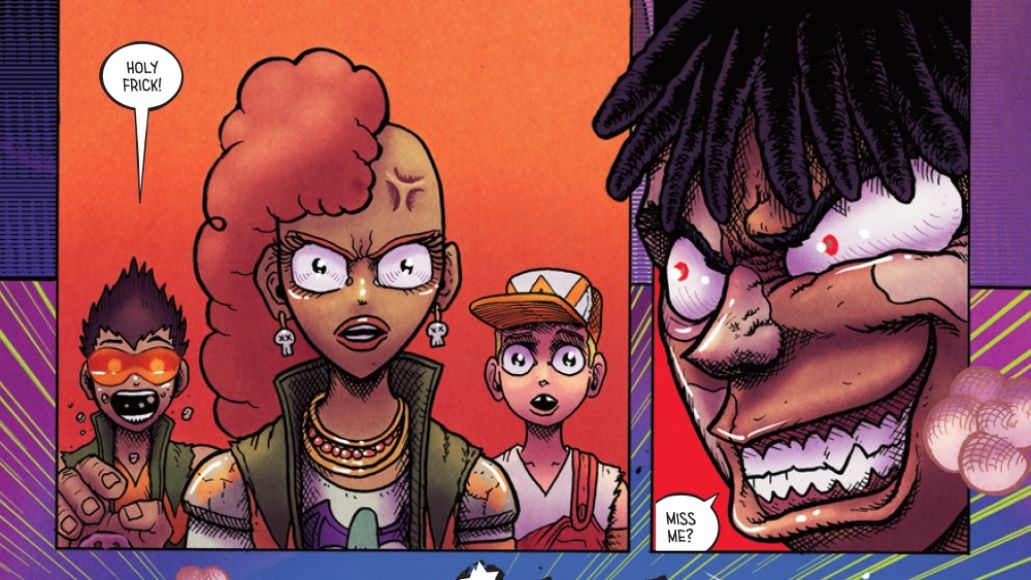 My favorite part of the book is the utilization of scenery. It’s still fun, it’s still eventful, it’s still entertaining, but there are deeper meanings to every word. And Buster [Moody] did a great job at drawing everything out and capturing things through his use of color and lightness. Being able to have a lightness to it was a talent that everybody who worked on this has. I’m really, really happy how it turned out. 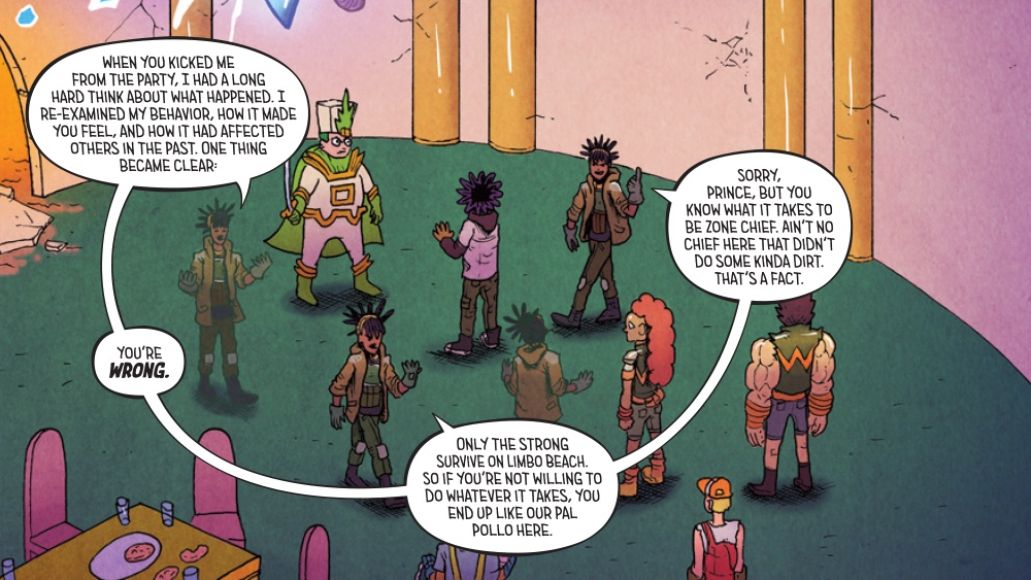 The use of the amusement park is used to parallel youth. It’s always been based on experiences. You go to an amusement park, you have the more festive carnival-type things: the games, ski-ball, those basketball games that are impossible to win. Then you have kiddy land, you have the roller coaster, you have the mediums, just to parallel the different levels of experiences you might go through growing up and trying to find yourself. And the familiarity of it — people often refer to things as roller coasters whether it’s real life or a certain situation or a certain event. That’s a thing that you hear a lot. I just wanted to utilize that to help establish the story arc.

Lord of the Flies and The Warriors: 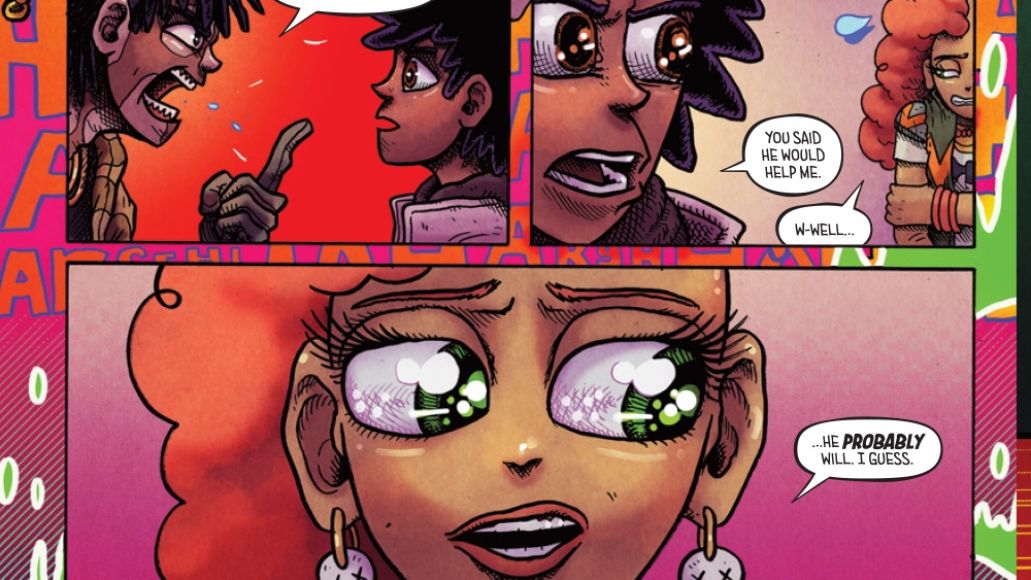 They speak to the weight and importance of these types of stories. They’re stories that stand the test of time through many different iterations and many different periods. They come back. When I was a kid they put out a Warriors game, and that was decades after the movie. They live on because that IP is that strong. There definitely are similarities with those two things there.