The Pitch: The third season of Westworld did not have a lot of luck on its side — specifically, the timing of its premiere could have been better, as March 15th, 2020 was not an ideal day to launch a new season of a TV show which, over the course of eight episodes, became a tale of society nearly descending entirely into apocalypse.

But even since the first season, Westworld has experienced a lot of critical scrutiny, especially as the narrative has drifted further and further away from its original Michael Crichton inspiration of disaster at a high-tech amusement park for the ultra-rich. (Funny how Westworld literally is a response to one of Jeff Goldblum’s iconic quotes from another Crichton adaptation: “If Pirates of the Caribbean breaks down, the pirates don’t eat the tourists.”)

So while Season 2 was bogged down by the way it clung to the original park setting, and Season 3’s dystopian narrative was overshadowed by the very real disaster happening on a global level, Season 4 feels in some ways like a fresh start, with a brand new protagonist but also all the original elements which made the show an immediate fascination upon premiere — one of the best ensemble casts on television right now, incredible production value, and some big ideas to explore.

Fade In On a Girl… As the cast and producers teased earlier this month at ATXfest, Season 4 opens by introducing us to Christina (Evan Rachel Wood), a young single woman working as a writer in the not-too-distant future of New York City.

While very much her own character at this point, the connections between Christina and Dolores are clear from the beginning, though Christina’s “loop” is a relatively dull one — work, home, sleep, with the occasional set-up pushed upon her by her roommate (Academy Award winner Ariana DeBose, who proves to be a delightful addition to the cast, even given her limited screen time). However, events occur that end up shaking Christina out of her routine, and while she’s beginning to question the nature of her reality, there are plenty of returning characters to check in on.

In the seven years since Caleb (Aaron Paul) and Maeve (Thandiwe Newton) helped bring about the destruction of the superpowered artificial intelligence known as Rehoboam, they’ve managed to move on with their lives — until it’s revealed that the Dolores personality embedded in Charlotte Hale’s body (Tessa Thompson) has continued their quest for domination, with the Man in Black now a loyal drone in Hale’s army, and both Caleb and Maeve now being targeted as threats to Hale’s plans. 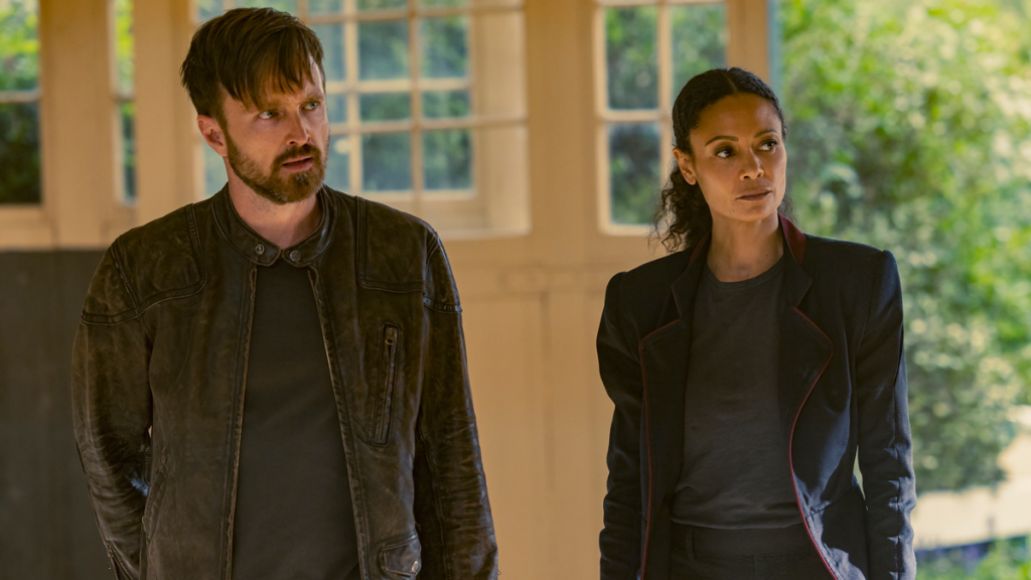