Alice in Chains are getting the Funko Pop! treatment with the Dirt Deluxe Pop! Album set.

The collection also includes a recreation of the original album art and a faux vinyl record. It’s all housed in a protective hard case, so it can be properly hung from a wall or displayed on a shelf next to other memorabilia.

The set was unveiled on the official Funko Pop! Instagram: “No excuses. Add this POP! Deluxe Album to your collection today!”

Funko’s clever use of that song title generated some punny replies in the comments.

“Would?” wrote one commenter, while another added: “If you choose to buy it… it’s your decision.”

As mentioned, Dirt turns 30 this year. Housing classics such “Them Bones,” “Rooster,” and “Would?”, the record stands among the finest of the grunge movement. Heavy Consequence included all three of those tracks on our rundown of the band’s top 10 songs earlier this year.

The Dirt Deluxe Pop! Album set retails for $59.99 and arrives this fall. It can be pre-ordered via Entertainment Earth.

Meanwhile, the current incarnation of Alice in Chains are set to embark on a co-headlining US tour with Breaking Benjamin in August. Tickets for the two-month outing, which also features Bush, are currently available via Ticketmaster.

Check out additional images of the figures below. 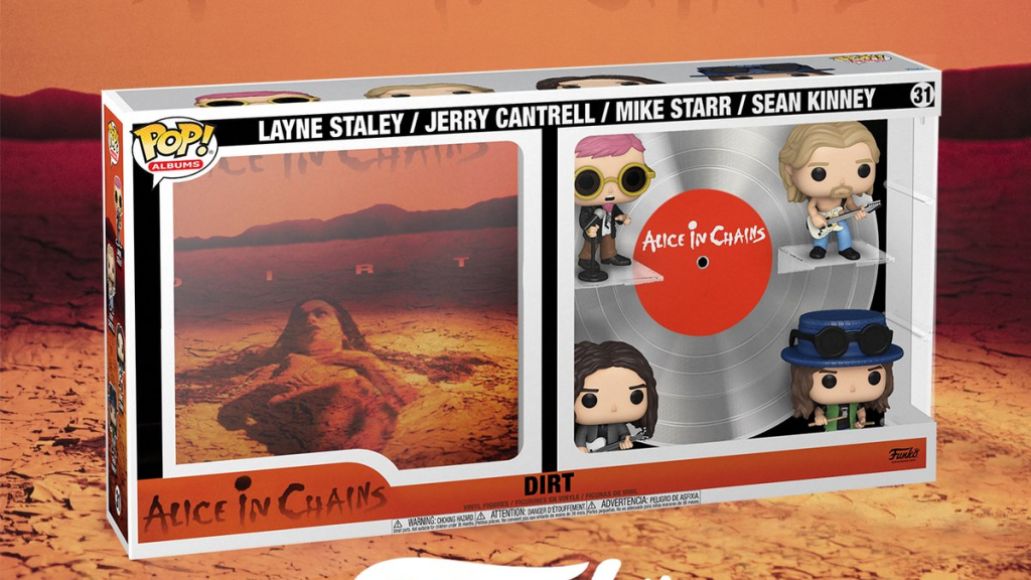 Alice in Chains Are Getting Dirt Funko Pop! Figures