Lyrically, the new song tackles the issue of climate change — “Can anybody hear me, does anybody care?” — words set against the band’s familiar melodic punk sound.

Anti-Flag even posted the full lyrics and an essay that inspired the song, providing context to help drive home its message. The burning globe in the final scene in the video (directed by INDECLINE Activist Art Collective) sums it up.

“Look, this is our 13th album,” Anti-Flag stated in a press release. “There’s no other way to put it; Lies They Tell Our Children is the best fucking version of Anti-Flag we have ever been. We haven’t been afforded the privilege and ability to spend every day together writing and focusing on every detail of an album in well over a decade and I think you can feel that collaboration and collectiveness in these songs more than any other record of ours. That collaboration was only extrapolated on with the inclusion of the eight guests who are featured on the album, spanning genres, years of friendship, and a vast array of perspectives.”

The band continued: “The album itself is the first conceptual album the band has ever done, spawned out of a compulsive need to not just comment on the dystopian corporate wasteland we all face but to trace it back to the origin of this fate; the political policies, laws, cultural shifts, and lineage of injustice that have led us to the world we live in today.”

Bad Religion Share New Song “What Are We Standing For”: Stream

Anti-Flag will also be embarking on a fall 2022 North American headlining tour. It kicks off on September 16th in Burlington, Vermont, and runs through November 6th with an appearance at Punk in the Park in Silverado, California. The run includes multiple festival appearances including numerous dates for the band’s recurring ANTIfest. Three additional dates follow in December. Buy tickets via Ticketmaster.

Lies They Tell Our Children is available for pre-order via Spinefarm. Below you can stream the video for “Laugh. Cry. Smile. Die.” and see the band’s full list of tour dates, the album art, and tracklist.

Lies They Tell Our Children Artwork: 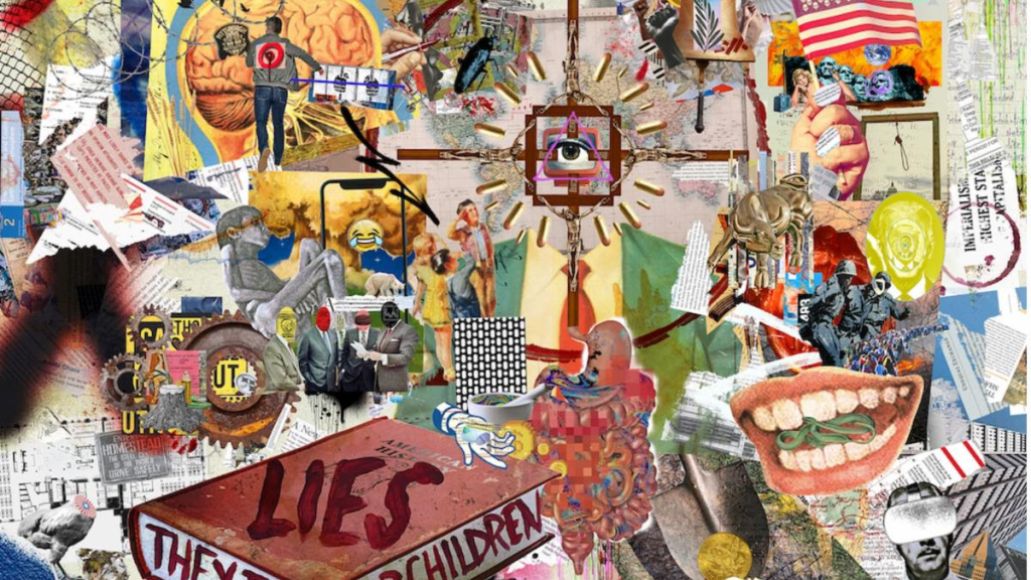 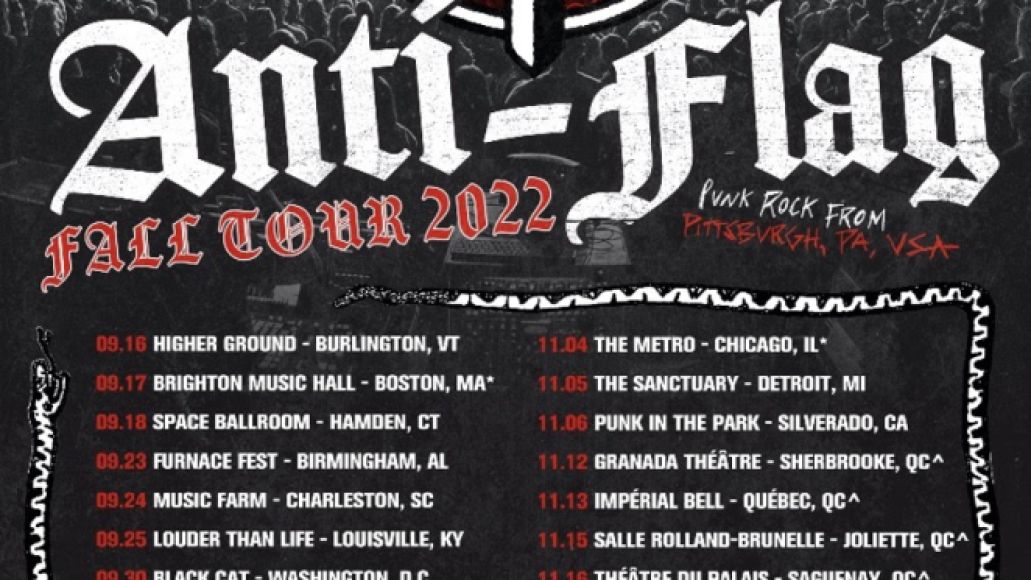