Get ready to be happy boys and girls, because Aqua have announced a 25th anniversary reissue of their debut album, Aquarium, out September 9th via Universal Music Denmark.

The reissue will be available in digital and vinyl formats. The latter will come in either hot pink or white vinyl along with a new booklet, sticker collection, and more. Pre-orders are ongoing. Check out the packaging and tracklist for the 25th anniversary reissue of Aquarium below.

First released back in March 1997, the studio set became a hallmark of the ’90s Eurodance movement thanks to singles like “Roses Are Red,” “My Oh My,” “Lollipop (Candyman),” “Doctor Jones,” and, of course, the ubiquitous “Barbie Girl” — which became an instant dancefloor smash that’s had us all singing “I’m a Barbie Girl in a Barbie world…” along with lead singer Lene Nystrøm ever since.

Since reuniting in 2016, the Danish quartet have become a trio, with guitarist Claus Norreen stepping away from the group out of desire to no longer tour. Interest in all things Barbie has skyrocketed this year with Greta Gerwig’s upcoming live-action Barbie movie starring Margot Robbie and Ryan Gosling. However, Nystrøm’s manager Ulrich Møller-Jørgensen confirmed a few months ago that Aqua’s seminal hit “will not be used in the movie,” likely due to the band’s strained history with Mattel over the hit’s suggestive lyrics and the ensuing lawsuit that followed. 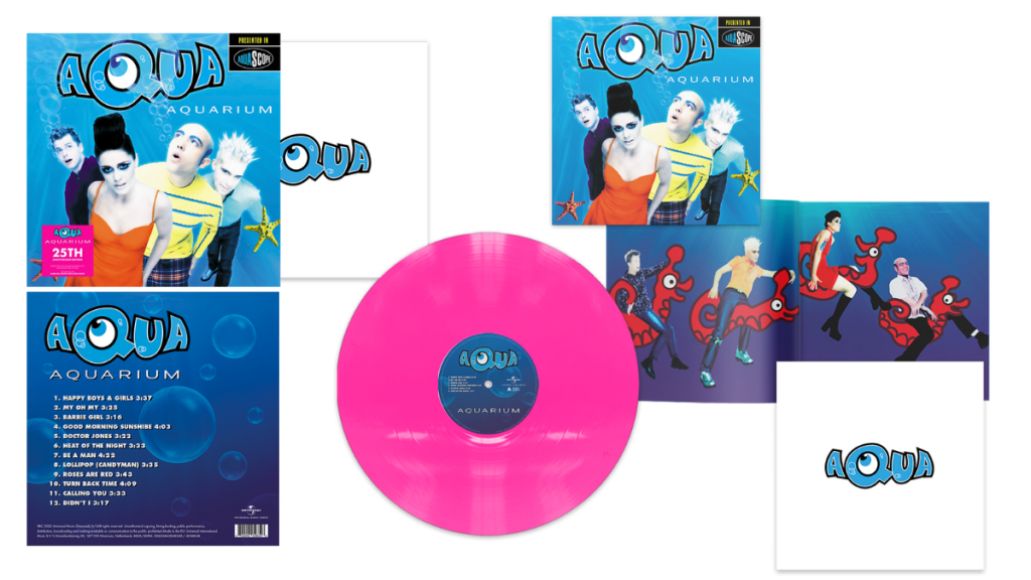