Bastard Noise and Merzbow have joined forces for a new collaborative split LP titled Retribution by All Other Creatures. The album has been made available to stream immediately, with a physical release set for August 26th via Relapse Records.

Bastard Noise contributed to the first two tracks on the new LP, “ANIMALS RUNNING HUMAN FACTORY FARMS” and “THIS IS HOW HUMAN WASTE ROLLS” — full embracing the album’s thematic concept. These pieces are described as “pitch-black, palpable fury.”

Merzbow presides over the second half with the two-part “zooNOsISE” piece. Longtime fans will recognize the Japenese artist’s signature use of percolating distortion, sonic buildups, and slashes of wailing, grainy feedback.

According to the press release, the album is meant to be “a call to action, and a foreboding signal of end times.

“Stand up against any form of animal abuse you witness at all cost,” Bastard Noise leader Eric Wood wrote in his liner notes. “Be part of positive, compassionate change and spit on the grave of the status quo.”

Added Merzbow, aka Masami Akita: “TIME IS RUNNING OUT. NOISE IS MUSIC”

Boris and Merzbow Unveil Cover of the Melvins’ “Boris”: Stream

You can pre-order Retribution by All Other Creatures on vinyl, CD, and cassette via Relapse. Stream the full album, and see the artwork and tracklist, below.

Retribution by All Other Creatures Artwork: 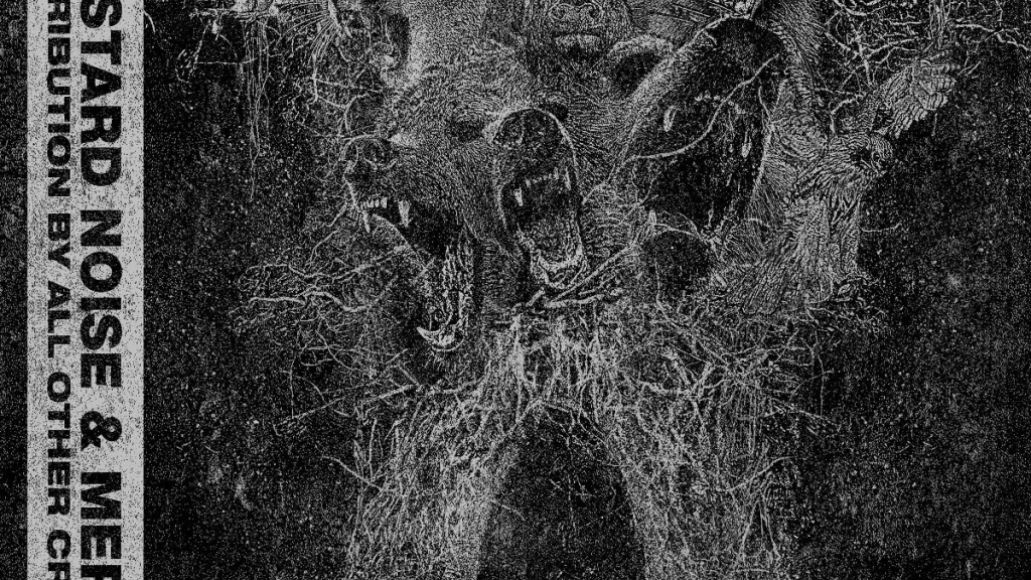