For the past few episodes of Better Call Saul, a pretty dark pattern has emerged: As the countdown towards the end of the series continues, each week we’ve seen one of the show’s primary characters, who we always knew didn’t appear in sequel series Breaking Bad, be eliminated.

Episode 7 ended with the casual execution of Howard Hamlin (Patrick Fabian). In Episode 8, Lalo Salamanca (Tony Dalton) laughed his last laugh after a fierce firefight with Gustavo Fring (Giancarlo Esposito). And Episode 9, “Fun and Games,” also ended with a casualty: Specifically, the death of Jimmy McGill (Bob Odenkirk), with the shell of Saul Goodman left behind in his place.

Of course, another series regular also has seemingly made her last appearance on the show, but that came maybe under the best possible circumstances for the character, given everything we know.

As played by Rhea Seehorn (now rightfully Emmy-nominated for her performance on this show), Kim Wexler has been one of Better Call Saul’s more enigmatic characters. Except that from the beginning, one of her defining traits was a fondness for Jimmy, born out of a previous relationship that seemed to end relatively well, given how they did eventually find their way back to each other.

What stood out about Jimmy and Kim as a pairing was that unlike other TV romances, it snuck up on us a bit, giving us the rare treat of seeing two mature adults develop an adult relationship (as opposed to the bombast and drama of the best-known love stories). It wasn’t a fairytale romance and that’s why it was so memorable; Jimmy and Kim fell in love the way that real people often do, with all the flaws and setbacks that real people often face.

But even without the specter of Breaking Bad’s future hanging over the show, the seeds of disaster were always present, because Kim’s attraction to Jimmy always had something to do with the danger. While the first season established that their platonic friendship had been preceded at some point by a more intimate one, the first time they even kissed in the show’s “present day” storyline came in the Season 2 premiere, after Jimmy lured Kim into helping him con the obnoxious KENWINS at a fancy bar.

If Jimmy had more impulse control, or a stronger sense of right and wrong, maybe this relationship wouldn’t have been so doomed. But if he had had those things, this relationship might never have happened. Because that was the foundation of their connection: Jimmy seeking Kim’s validation and approval, Kim craving the thrills Jimmy brought to her life. As a result, being together in this way meant bringing out the worst instincts in both of them, and whether or not it’s fair to put the full blame for Howard’s death on them being together, it’s certainly how Kim is feeling at the end of “Fun and Games.” 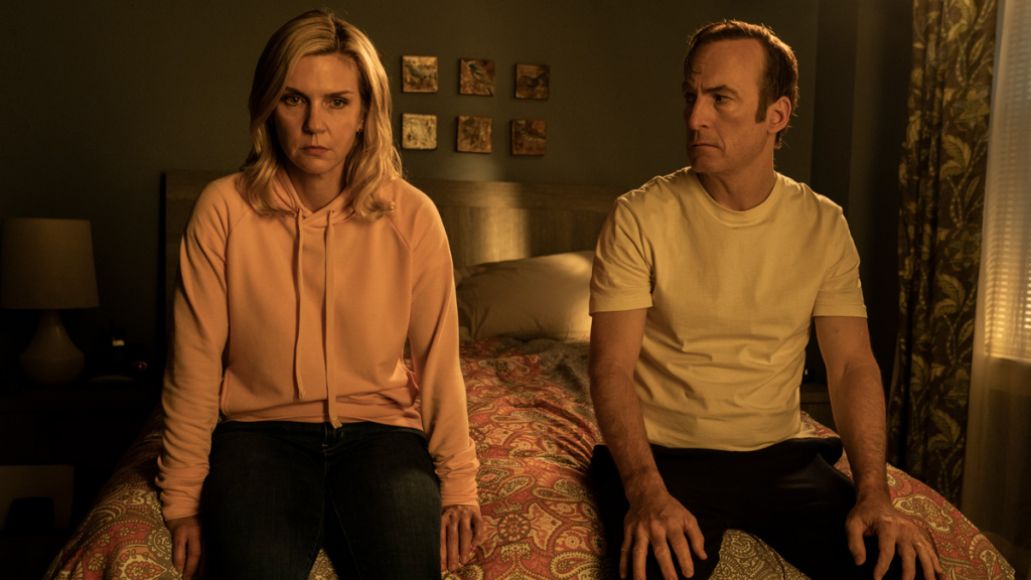 Better Call Saul Reminds Us That This Was Never a Love Story: Review