Press junkets can be stressful occasions for some, but Billy Porter (Pose, Cinderella) had a glass of wine and great energy at the ready when Consequence spoke with him about his directorial debut, the charming coming-of-age rom-com Anything’s Possible. Written by Ximena García Lecuona and premiering Friday, July 22nd on Prime Video, the film focuses on Kelsa (Eva Reign), a trans high school senior whose life gets shaken up when she and her fellow student Khal (Abubakr Ali) discover their mutual crushes on each other.

One key sequence from the film involves a conflict with Kelsa’s former friend Em (Courtnee Carter), which escalates to the point where Kelsa is no longer allowed to use the girl’s bathroom. The situation becomes the center of a heated scene at the school between Kelsa, Kelsa’s mother Selene (Renée Elise Goldsberry), Em, and Em’s mother (Vanita Harbour).

In the interview below, transcribed and edited for clarity, Porter explains how he approached the film as a whole and that scene in particular, which had the advantage of starring two women he knew well — allowing him to let improvisation rule the day. Porter also reveals his original plans for the film’s closing musical number, and what he hopes to direct next.

I want to start off by asking you, what inspired you to take the project on? What was exciting about it for you?

My intention has always been to do work that pushes the envelope. To do work that creates a world that I want to live in. I chose myself decades ago, I stand firmly in my authentic queerness. This piece is a definite reflection of the choices I’ve made in my life and that makes me happy.

The film is so charming and it’s so speaking to its audience. It’s also unpacking a lot of big topics. For you, as a director, what were you doing to make sure that the cast was really comfortable digging into the bigger issues?

As an actor, I know what kind of space I need to do my best work. And it’s a space where you feel safe and comfortable, and taken care of and protected and inspired and encouraged to take risks and to jump off ledges. That’s the space I’ve tried to create, and I think I did and the results are magical.

Was there anything specific you felt you did in the moment to really facilitate that?

Oh lord, I can’t remember that part. It was a year ago, it was like 14-hour days for like six weeks, so I don’t remember. At the moment, I would just [say] “Do it! Do it like this! Do it like that!”

One scene that I found really interesting was the confrontation in the principal’s office, because I feel like it was touching on issues that get brought up by people who don’t like being called TERFs.

Trans-exclusionary radical feminists — women who call themselves feminists but exclude trans people from that conversation.

The scene focuses on what bathroom Kelsa is being allowed to use — what was important for you about addressing that issue so prominently in the film?

Ximena, who wrote it, wrote that in, and I had the blessing and the gift to bring it to fruition. So it was already there. It is important, which is why it was there. I didn’t choose to make it important — Ximena, who is of that age, put it right in there. It’s the brilliance of our screenwriter.

It’s a ridiculous conversation and so what I wanted when I made that scene was to make the argument ridiculous. It’s ridiculous. Do we hear ourselves? No! Enough! The other thing I love about it too is the way that I cast it, it’s not white versus Black. There are progressives and conservatives and everything in between in all races, colors, and creams. There are a lot of Black Karens, a lot of them. And you get to see one in this movie, who is also another one of my best friends.

[Vanita Harbour], Renée, and I all went to Carnegie Mellon at the same time. So when they got into the room, I was like “you all know what I need, right?” And they were like “What?” [I said] “I need y’all to ad lib and I need y’all to fight like Black women please.”

All that shit is ad-libbed, all that going back and forth. I just let the camera roll. 80%, 90% of my job is casting the right people and going “Action!” and letting them do their own thing. It’s one of my favorite things in the whole movie. 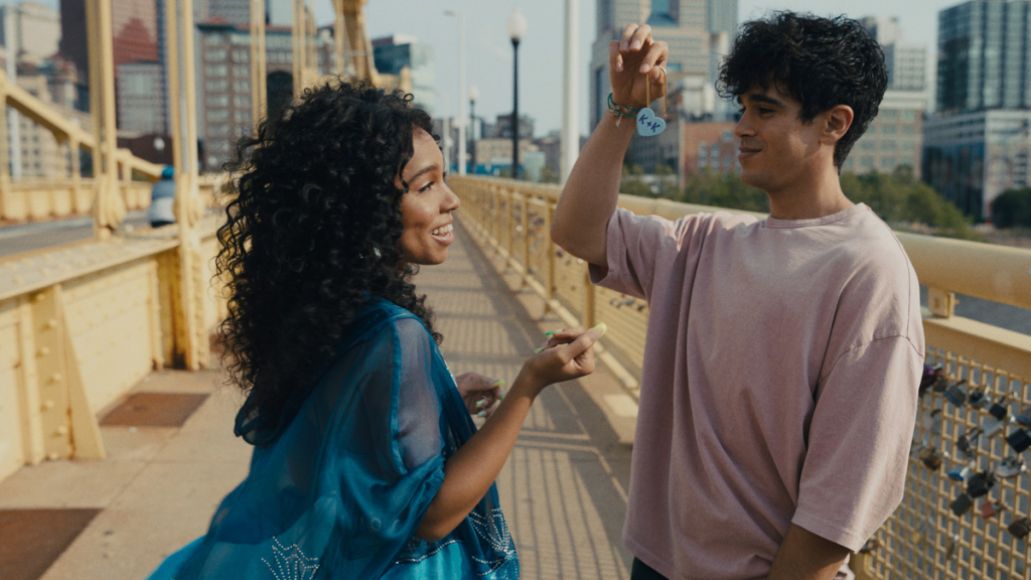 It does feel very organic and real.

And visceral! Because the conversation is still visceral, still.

Was your plan to always end with a musical number in the closing credits?

No, the plan was to start with a musical number — I wrote it for the start. Originally, you were introduced to the characters, Kelsey’s house, Cole’s house, all of that stuff happened and you see them look at each other and they walk into the school and pompoms come in, and the title comes across. The number was supposed to be there.

My reasoning for that because coming off of Pose, coming off of being really hyper-aware of the trans-trauma-porn trope — a lot of people have only seen trans with trauma. I felt that we needed to teach our audiences how to watch trans joy, how to watch a trans celebration. So I had initially written it to be there to launch us. We ended up putting it at the end, and I think it ended up working really well.

What’s the next thing you want to direct?

I don’t know. I have different things in different stages of development that I can’t really talk about right now. One is another coming-of-age, queer romantic comedy-ish kind of thing. Another is an original musical. I would love to direct a big-budget, original musical.