It’s easy to lose sight of all the reasons why Better Call Saul makes for such a captivating series, but one of the biggest is how when it comes to telling its dark tale of drugs, power, and extralegal maneuvers, it never loses sight of the human cost — a proud tradition that has led to frequent crossovers with its sister series, Breaking Bad.

The initial premise of the show might have been finding out just how a small-time struggling lawyer became the premiere attorney for Albuquerque’s criminal underworld we first met in Breaking Bad, but as we’ve seen over the past six seasons, it’s very often not “s’all good, man” for the people Jimmy McGill/Saul Goodman/Gene Takavic (Bob Odenkirk) encounters. And this comes out, more often than not, in the fates of those left in Jimmy/Saul’s wake, whose stories have stretched across both Better Call Saul and Breaking Bad.

What’s fascinating about the series is how tight-knit its references are, including recurring players — this list could have been a lot longer, because beyond the characters listed below, there are over a dozen other familiar faces who have appeared in both series, from the real estate agent who had to deal with Jesse Pinkman (Aaron Paul) as well as Jimmy and Kim (Rhea Seehorn), to the APD officers who have been investigating random crimes for years, to the often-silent henchmen working for multiple facets of the cartel.

We specifically aimed for people who might have been series regulars on Breaking Bad at one point, but went on to guest-star in Better Call Saul, so as to eliminate too-obvious candidates like Gustavo Fring (Giancarlo Esposito) or Mike Ehrmantraut (Jonathan Banks). Instead, this list is a celebration of how Better Call Saul has always been in direct conversation with what came before, when it comes to even the smallest detail.

As this list is being written, six episodes of Better Call Saul remain, and who knows what might be revealed about the ultimate fates of some of these characters. We also know that there are two big cameos still to come, as showrunner Peter Gould confirmed in April 2022 that Walter White and Jesse Pinkman, as played by Bryan Cranston and Paul, will appear in the final episodes. How or why, of course, is just one of the many mysteries the series has yet to wrap up. (Not that we’re in any hurry to see this story end.) 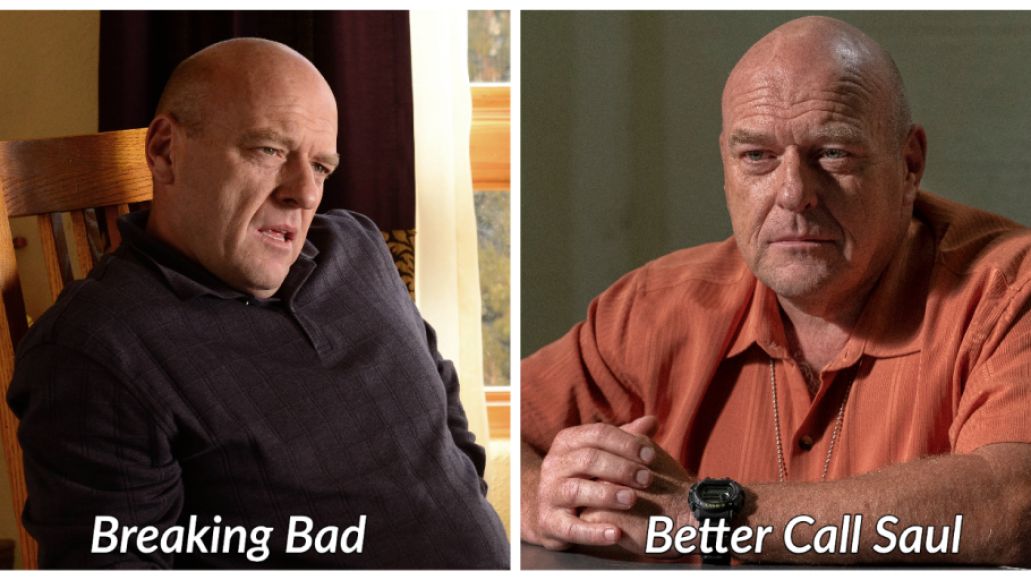 Though he may have started as a machismo-oozing, vaguely-racist brother-in-law in the Breaking Bad pilot, Hank developed into one of the show’s most interesting characters. From the dissection of his masculinity to his obsession with catching Heisenberg, ASAC Schrader and his signature quips are instrumental to the world of Breaking Bad.

Luckily, Dean Norris’ weird TikTok presence isn’t the only reason Hank’s legacy extends beyond the end of Breaking Bad, as he and his partner Agent Gomez (Steven Michael Quezada) make a return (or pre-turn?) in Better Call Saul. After Krazy-8 (Max Arciniega, another Breaking Bad alumnus) gets arrested, the DEA sends their brightest two agents to conduct the questioning. As intuitive as ever, he sees right through Jimmy’s punny new name. His jovial nature is also on display, even ending his appearance by inviting his team out for drinks — gotta love him. — Jonah Krueger