The album’s release date times nicely with Clutch’s previously announced North American tour with Helmet and Quicksand. The outing kicks off September 13th in Toronto and runs through an October 16th show in Chicago, with tickets available via Ticketmaster.

Clutch recorded the new album at the The Magpie Cage Recording Studio in Baltimore, Maryland, with Grammy-nominated producer Tom Dalgety and additional engineering by J Robbins. The band’s fans can expect some firsts on Sunrise on Slaughter Beach, including the use of a vibraphone and theremin, as well as female backing vocals from singers Deborah Bond and Frenchie Davis.

The veteran rock act previously shared two new songs from the album, “Red Alert (Boss Metal Zone)” and “We Strive for Excellence.” The former has racked up more than 400,000 streams on Spotify and nearly 400,000 YouTube views to date.

Gaster first thought the new album would be an “opposite reaction to the polarization and uncertainty of the pandemic years,” according to a press release, but things changed. He stated, “The more the songs took shape, the less I saw that kind of an album. Something different took shape. The record we ended up with is, in some ways, the most different record we’ve made in a long time.”

Check out the artwork and tracklist for Sunrise on Slaughter Beach, as well as the two previously released singles “Red Alert (Boss Metal Zone)” and “We Strive for Excellence,” below. Pick up tickets to Clutch’s Fall tour here. 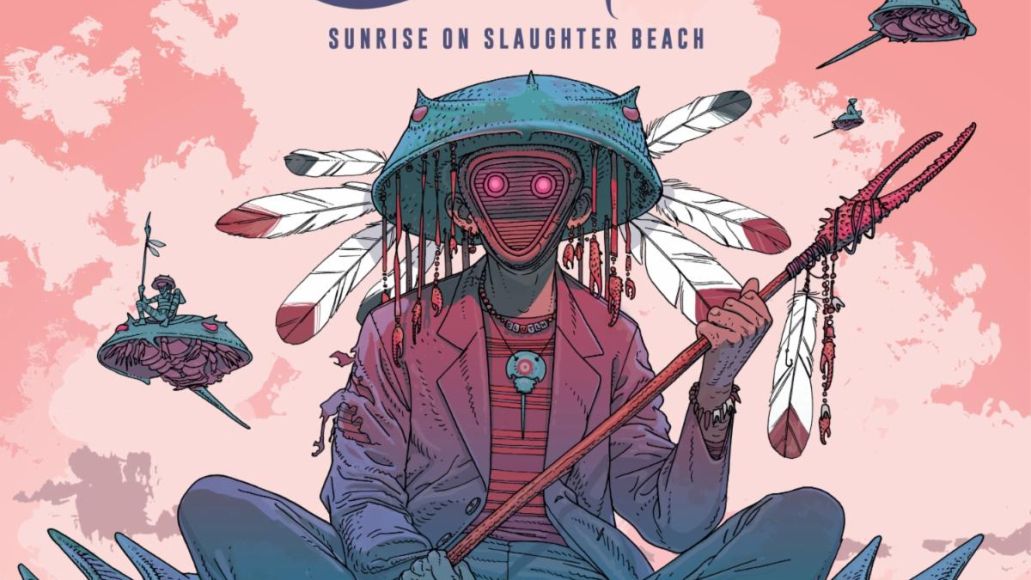