Fireworks were set off in the crowd during Dua Lipa’s concert in Toronto on Wednesday, injuring multiple fans. The Future Nostalgia singer has addressed the incident in a new statement posted to social media, apologizing to anyone “who was scared, felt unsafe or whose enjoyment of the show was affected in any way.”

“Last night, unauthorized fireworks went off in the crowd during my set in Toronto,” Dua Lipa began. “Creating a safe and inclusive space at my shows is always my first priority, and my team and I are just as shocked and confused by the events as you all are. There is an ongoing investigation into the events being conducted, and everyone is working hard to find how this incident occurred. Bringing this show to life for my fans has been such an amazing experience, and I’m so deeply sorry for anyone who was scared, felt unsafe or whose enjoyment of the show was affected in any way.” Check out the artist’s full statement below.

While no one was seriously injured from the incident, Variety reports that some concertgoers received small burn marks on their legs and shoes after the fireworks were set off in the floor section of the Scotiabank Arena. Police said three people were seen by the medics working at the concert but did not require further medical assistance. Watch clips of the incident below.

Dua Lipa will perform at Lollapalooza this weekend before she wraps up her Future Nostalgia tour later this year with shows in Mexico and New Zealand. Revisit our review of her tour kickoff show in Miami and grab tickets to her remaining dates via Ticketmaster.

Earlier this year, the pop star teamed up with Megan Thee Stallion for “Sweetest Pie,” and collaborated with Calvin Harris and Young Thug for the Song of the Week “Potion.”

Fireworks were apparently smuggled into @DuaLipa's #FutureNostalgiaTour show in Toronto last night and was set off at the roof and the audience. Luckily, no injuries were reported. pic.twitter.com/3qkB9Ea6E7 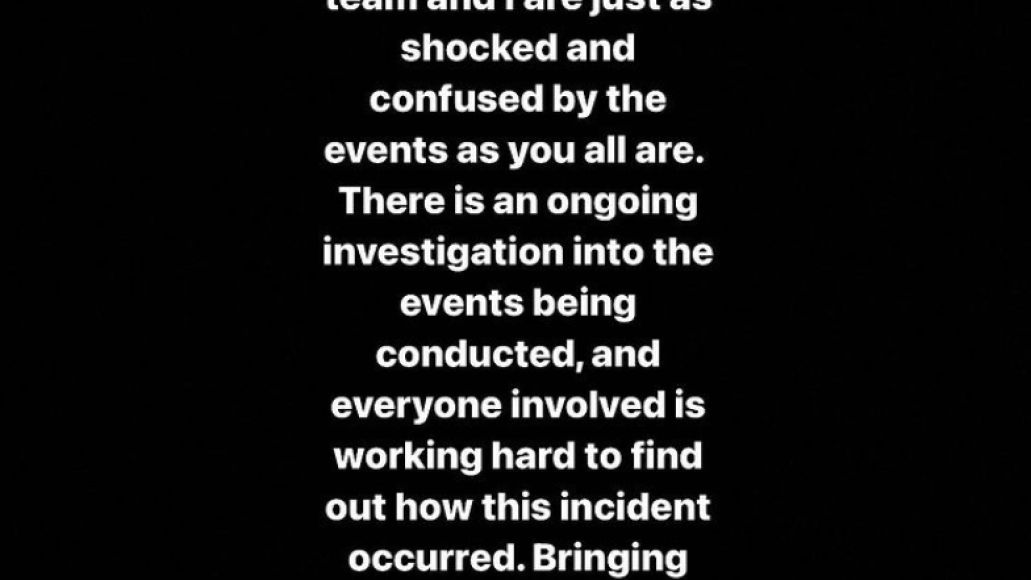