Goatwhore are returning with a new album, Angels Hung from Arches of Heaven, on October 7th via Metal Blade Records. Upon the LP’s announcement, the New Orleans band offered up the video for lead single “Born of Satan’s Flesh.”

A vicious brew of blackened thrash and death metal is Goatwhore’s M.O., and “Born of Satan’s Flesh” hits that multi-genre intersection at blinding speeds. Guitarist Sammy Duet rains down precision riffs while frontman Louis Ben Falgoust II spouts blasphemies through his bellowing snarl. The accompanying performance clip offers a glimpse at what it would be like to witness the brutality live.

“I would describe this record as being very raw, but clarity is shaped within the chaos,” said Falgoust in a press release. “It’s a journey of everything we’ve done and some new approaches as we advance forward. When we write, we mainly focus on the music and what we enjoy about playing it. We don’t write just to appease others. We want to enjoy playing it in a live setting as well, especially night after night on the road.”

Speaking of the road, Goatwhore will embark on a co-headlining tour with Incantation in the coming days. The trek kicks off next Monday (August 1st) in Orlando, Florida, and runs through August 27th for a homecoming show in New Orleans. Pick up tickets via Ticketmaster.

Pre-order the band’s new album Angels Hung from Arches of Heaven in a smattering of vinyl colorways and on CD via Metal Blade.

Below you can stream the video for “Born of Satan’s Flesh” and see the album art/tracklist and tour dates. Get tickets here. 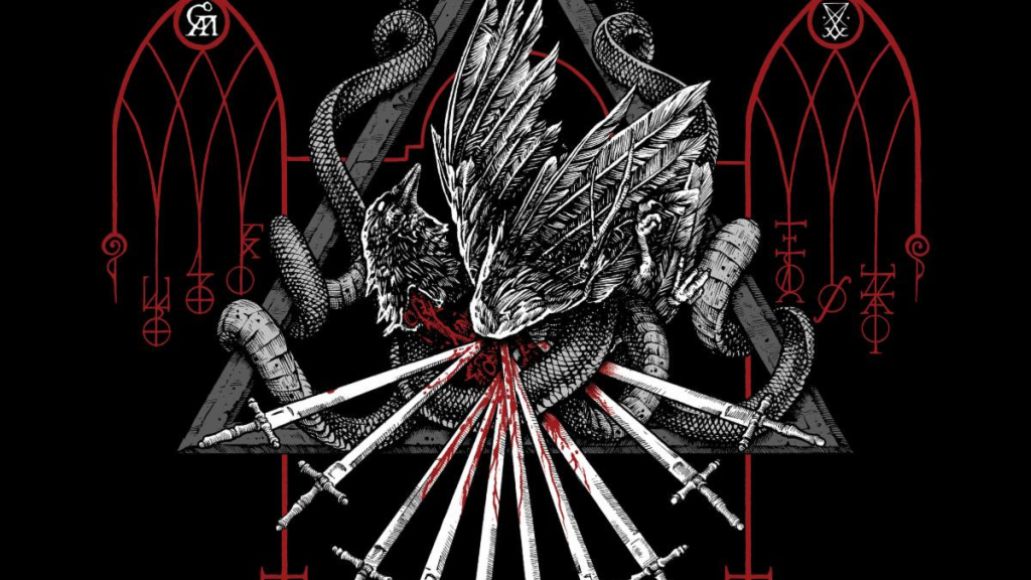 Angels Hung from Arches of Heaven Tracklist:
01. Invocation 3
02. Born Of Satan’s Flesh
03. The Bestowal Of Abomination
04. Angels Hung From The Arches Of Heaven
05. Death From Above
06. Ruinous Liturgy
07. Victory Is The Lightning Of Destruction
08. Voracious Blood Fixation
09. The Devil’s Warlords
10. Weight Of A Soulless Heart
11. Nihil
12. And I Was Delivered From The Wound Of Perdition