Phoenix post-metal act Holy Fawn are returning with their sophomore album, Dimensional Bleed, on September 9th. Ahead of the release, the band has offered up the video for the title track.

Holy Fawn traverse quite a bit of sonic territory in under three minutes on “Dimensional Bleed.” Washes of guitar and walls of feedback build to vicious mid-section with crushing drums and harsh vocals. While there are traits of black metal and sludge, the song doesn’t fall into any one category, following the amorphous heavy-music template of Holy Fawn’s acclaimed debut, Death Spells.

“’Dimensional Bleed’ vaguely refers to a concept of multiple dimensions and timelines that could exist simultaneously,” said guitarist Evan Phelps in a press release. “A lot of different media has alluded to this ideology, and I find the possibility of multiple dimensions intersecting and bleeding into others to be fascinating.”

Holy Fawn previously released the single “Death Is a Relief” ahead of their spring tour with Deafheaven. Fans of the latter band will find much to appreciate about Holy Fawn’s direction on the new tracks.

“We’re always going to be the same four humans making music,” explained singer-guitarist Ryan Osterman of the LP, which the band co-produced with Mike Watts (Dillinger Escape Plan, Glassjaw). “With every release, I feel like we’ve continued to learn how to best support each other both mentally and musically, which enables us to try new things. Personally, I think this record has truly allowed us to explore more creative avenues than we did with Death Spells.”

Holy Fawn will embark on US and UK headlining tours this summer/fall in support of the new record. The US leg kicks off August 31st in Albuquerque, New Mexico, and runs through September 16th at Riot Fest in Chicago. Astronoid will support the headlining shows. Meanwhile the UK jaunt runs from September 26th through the 30th. Get tickets via Ticketmaster.

You can pre-order Dimensional Bleed on vinyl, CD, cassette, and digitally at this location. See the tour dates, album art/tracklist, and stream the video for the album’s title track below. 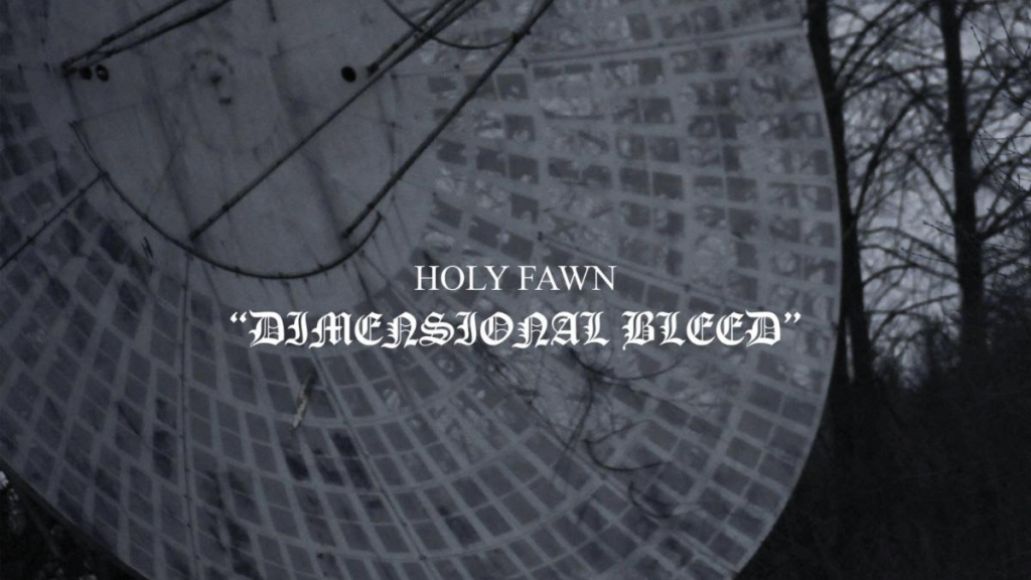