Fuerza Regida have just set out on their 2022 “Del Barrio Hasta Aquí” tour, but there’s still tickets to be had for the quartet’s upcoming shows across the United States.

What Is Fuerza Regida’s Next Tour?

The quartet kicked off their “Del Barrio Hasta Aquí” tour with an opening weekend in in San Jose and Anaheim. They wrap July in Phoenix, then open the next month at New York’s United Palace Theater on August 19th. Next, the group plays El Paso, Texas on September 3rd, Portland, Oregon on September 16th, and Duluth, Georgia on September 25th. They then return to Texas for four nights in October with stops in San Antonio, Hidalgo, Sugarland, and Irving, followed by trips to Denver, Las Vegas, and Sacramento. Fuerza plays their final Texas show of the tour in Austin on November 5th, then travels to Kennewick, Washington on November 13th. They’ll perform in Los Angeles on November 23rd, Rosemont, Illinois on December 2nd, and close out the tour in Fresno, California on December 9th.

The group is also booked to appear at Philadelphia’s Made in America 2022 in September.

Who Is Opening for Fuerza Regida on Tour?

Fuerza Regida has hit the road with their “Que Esta Pasando” collaborators, Calle 24, as special guests for the US tour.

How Can I Get Tickets for Fuerza Regida’s 2022 Tour?

What Are Fuerza Regida’s 2022 Tour Dates?

See Fuerza Regida’s full list of tour dates below, and get tickets to all of their upcoming shows here. 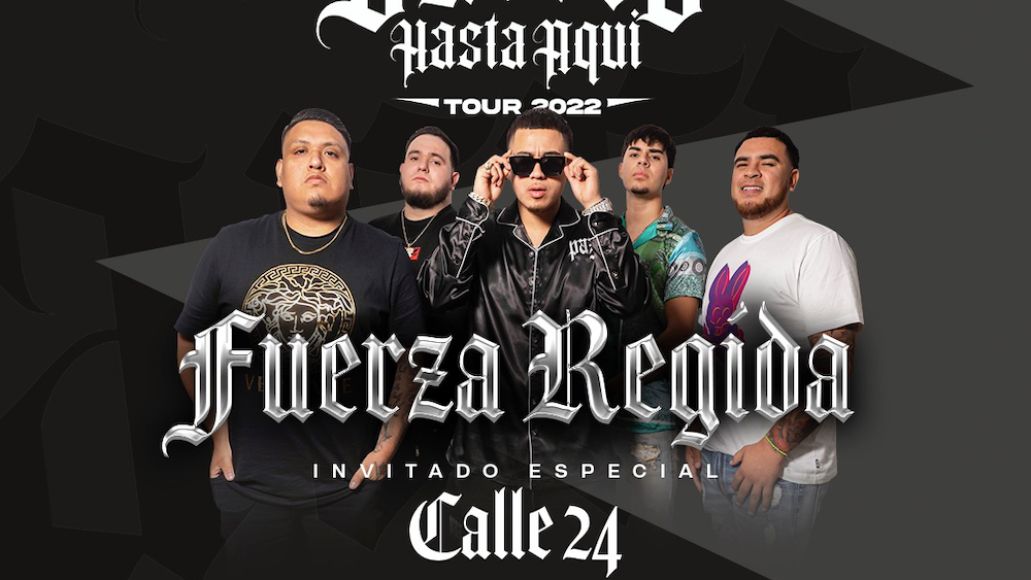 How to Get Tickets to Fuerza Regida's 2022 Tour