Thus reads the quote on the back sleeve of Metallica’s debut album Kill ‘Em All, which was released on July 25th, 1983. It stands as one of the earliest documents of thrash metal, a pivotal album that explored artistic extremes and set the foundational archetypes of thrash as a sound, image, and lifestyle. At a time in heavy music when record labels were starting to embrace super-produced glam-metal bands that would go on to dominate radio and MTV for the remainder of the decade, Metallica literally said: “Metal up your ass.”

Ironically, that was meant to be the original title for the album, but the label execs decided it was too profane for the sensitive tastes of American consumers and suggested the band change it. So Metallica picked the arguably more aggressive title of Kill ‘Em All, ostensibly in reference to those very consumers. That is metal. And there are so many moments on the album that warrant that remark. You listen to it and you throw up the horns reflexively at various moments: the chorus of “Jump in the Fire”, the intro chugs on “No Remorse”, the opening riff of “Seek & Destroy” — just to name a few.

Suddenly metal had the punk attitude, the drunken joy of rock ‘n roll, and the poeticism of the ‘70s prog masters. Freaks, drunks, stoners, and outcasts had a new set of anthems and a band that was speaking directly to them: “On through the mist and the madness/ We are trying to get the message to you/ Metal militia!”

While not on the album, Dave Mustaine deserves a lot of credit for Kill ‘Em All. He brought the thrash to Metallica. Listen to the original version of “Hit the Lights” on the Metal Massacre comp from 1982, recorded with Jamaican guitarist Lloyd Grant before Mustaine joined. Not to be too harsh on a young band, but it’s not very good, something like high-school kids covering Diamond Head (which was pretty much the case). When Mustaine showed up, the riffs came with him. The addition of bassist Cliff Burton in place of Ron McGovney further tightened the musicianship.

As a guitarist and songwriter, Mustaine transformed Metallica into a tornadic speed band. There would be no Kill ‘Em All without his influence, and perhaps no Metallica as we know it. His wild side and drinking would also rub off on his bandmates, but only to a point, as these habits would lead to his removal.

A number of the riffs on Kill ‘Em All are obviously written by Mustaine, but it’s the desire for sheen shared by frontman James Hetfield and drummer Lars Ulrich — a well-documented desire that has since become their albatross — that makes the album a masterpiece of early thrash. With Mustaine’s compositions as shells for the songs, Hetfield and Ulrich arguably improved the artistic presentation (i.e. the conceptual and lyrical alteration of “The Four Horsemen” from Mustaine’s “The Mechanix”, which resulted in one of Metallica’s finest songs).

Essentially, Kill ‘Em All is the best of the both worlds, even if Mustaine doesn’t play on it. Kirk Hammett’s solos remain impressive and memorable; Hetfield and Ulrich get to indulge in the record-making inspired by their nerdy love of Rush and Budgie. Though it’s fun to ponder the alternate reality where Mustaine played lead (listen to the Megaforce demos to semi-indulge your fantasy), there is no dissent anywhere on the record. The band is tight and locked in.

While several of the rhythms are Mustaine, the songs are Metallica. It’s fun to note the “firsts” throughout the album, tropes which would recur throughout the band’s career: Hetfield’s patented syllabic accents on “Horsemen”, the acoustic guitar that peeks through on the bridge of “Phantom Lord” (predating their ballads), an instrumental track (Burton’s bass solo track “Pulling Teeth”), and the use of samples with a pre-recorded military step that closes “Metal Militia”.

This was extreme, underground music in its time. Long before Metallica became a corporate music entity unto itself, they hustled like any aspiring band, operating DIY until they gained attention through cassette demos and live shows. The innocence of youth and discovery is captured on Kill ‘Em All, and those intangibles can’t be bought or sold.

Mustaine, of course, would go on to form his own legendary thrash band, Megadeth. Despite some long-standing bitterness, Megadeth eventually teamed up with Metallica for a series of Big 4 shows with Slayer and Anthrax. Mustaine also joined Metallica onstage to perform at the latter’s 30th anniversary shows in San Francisco in 2011.

The initial pressing of Kill ‘Em All was for 15,000 units; by the end of 1984’s European tour, the record had moved 60,000 copies. Thirty-five years later, the disc has been certified three-times platinum. It has made headbangers of millions the world over. There is no disputing its place in the canon of metal lore. 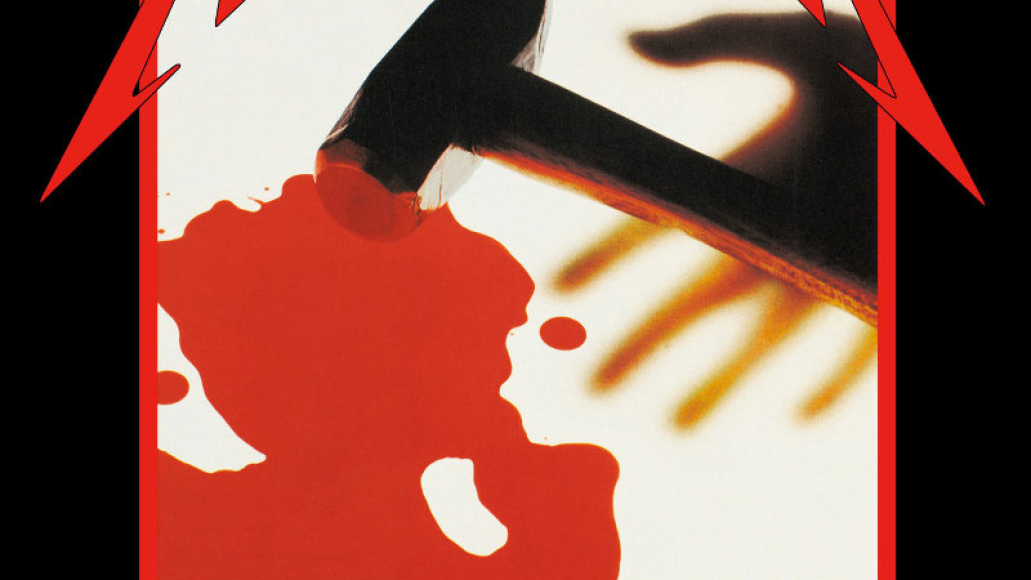