Napalm Death have announced the “Campaign for Musical Destruction” Fall 2022 US tour.

Brujeria will support the entire run with Cryptic Slaughter, Frozen Soul, and Millions of Dead Cops also opening select dates. The trek kicks off October 12th in Santa Cruz, California, and runs through November 19th in Los Angeles, with tickets on sale now via Ticketmaster.

Itinerary highlights include an October 22nd date at Thalia Hall in Chicago and two NYC-area shows: October 28th at the Music Hall of Williamsburg in Brooklyn and October 29th at the Bowery Ballroom in Manhattan.

The outing will notably see the return of Cryptic Slaughter. The pioneering crossover thrash act have only played a handful of shows since 2016 and will be on the Seattle (October 15th), Portland (October 16th), and Los Angeles (October 19th) dates of the upcoming tour.

Meanwhile, Napalm Death are fresh off the release of their new mini-album Resentment Is Always Seismic: A Final Throw of Throes. The eight-song collection followed their acclaimed 2020 full-length Throes of Joy in the Jaws of Defeatism, which came in at No. 2 on Heavy Consequence‘s top album ranking for that year.

See the full list of dates and tour poster below, and pick up tickets here. 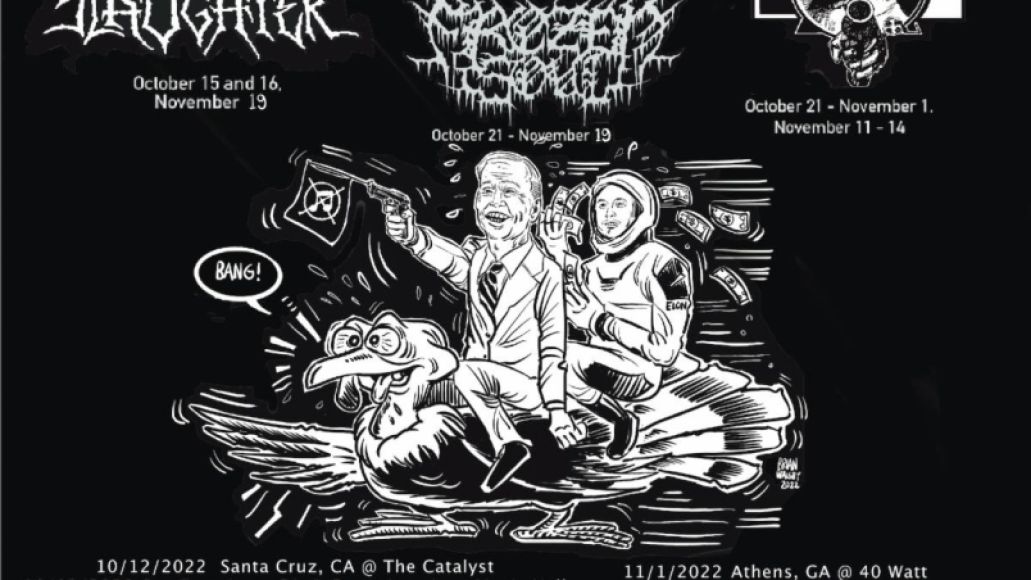