Free LSD marks a new era for the group, who recently welcomed new drummer Justin Brown (Thundercat, Flying Lotus, Herbie Hancock) and new bassist Autry Fulbright II (…And You Will Know Us by the Trail of Dead) to the lineup.

The band will support the new album with a fall North American tour. The outing kicks off October 24th in Phoenix, Arizona, and runs through a December 17th gig in Los Angeles. Tickets for select shows are available via Ticketmaster beginning Friday (July 29th), with a pre-sale starting Thursday at 10 a.m. local time.

Morris said of the new album, “After making music for as long as I have, it was time to use a palette that includes lime green, turquoise, and magenta instead of the typical colors and shades that were involved in all of the other breakneck and car chase scenarios. Miles Davis with Herbie Hancock and the Headhunters as opposed to [Descendents’] Milo Goes to College.”

Coats remarked, “Since thinking of the album as a soundtrack to a weird sci-fi movie gave us permission to experiment, and the film explains, in a fantastical way, the creation of the album, they both go hand in hand as an overall art project.”

Meanwhile, Morris is having a very busy 2022, having just completed a North American leg on Circle Jerks’ extensive tour. The band is currently in Europe and will return to the States for more shows leading up to the OFF! outing.

See the video for “War Above Los Angeles” below, followed by the tour dates, album artwork and tracklist. Pre-order Free LSD here, and pick up tickets to the band’s fall tour here. 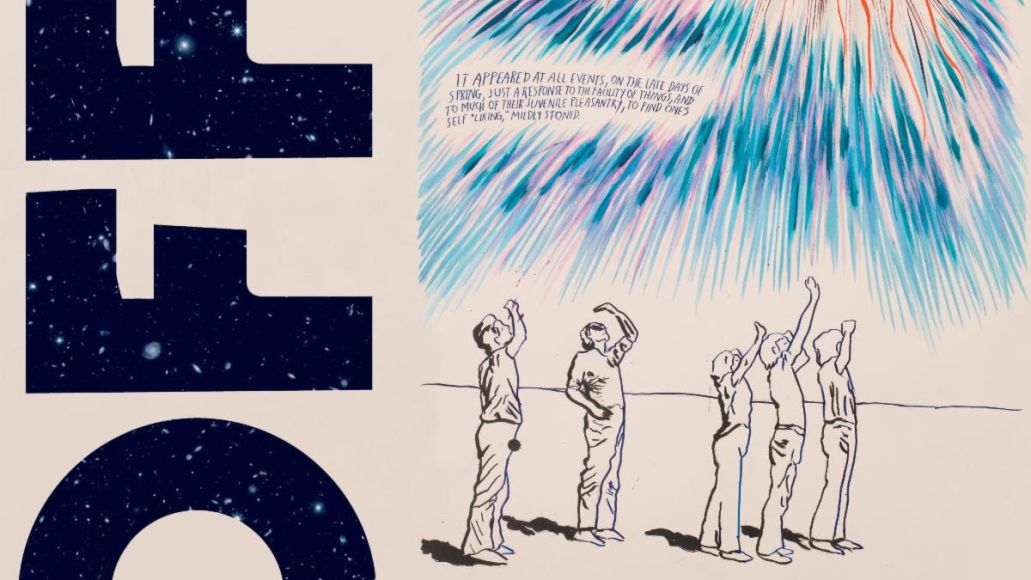