The Pitch: It’s Hell Day 1988 — the waning hours of Halloween Night, and four girls are out on their paper route in a sleepy Cleveland suburb. There’s Mac (Sofia Rosinsky), the chain-smoking rebel whose haircut and leather jacket are giving 1991 Edward Furlong; KJ (Fina Strazza), the young Jewish girl from a well-off family; Tiffany (Camryn Jones), an adopted Black girl and certifiable tech nerd; and Erin (Riley Lai Nelet), the shy daughter of Chinese immigrants who just moved to town. They don’t know each other very well, but they’ll have to band together after the sky turns purple and they’re suddenly shot into the far-flung future of… 2019.

Turns out they’re caught in the middle of a war between feuding factions of time travelers — the orthodox “Old Watch” and the rebellious STF, or “Standard Time Fighters” — for control of the timeline. To get through this fracas alive, and maybe even save the timeline, they’ll have to team up with Erin’s adult self (Ali Wong) and STF sleeper agent Larry (Nate Corddry). But along the way, they’ll get an up-close-and-personal glimpse at their own futures, which are hardly what they bargained for.

Stranger Things Have Happened: It’s hard not to watch Paper Girls, Prime Video’s latest sci-fi streaming series, and see the cynical bean-counting at work for Amazon’s search for their next hit series. ’80s pop culture references, needledrops of Danzig and “Blue Monday,” a team of quippy kids on ten-speeds racing through suburban streets on their way to vanquish evil? The Duffer Brothers could sue, if Stranger Things’ own aesthetic signposts weren’t derived from the same primordial goo. 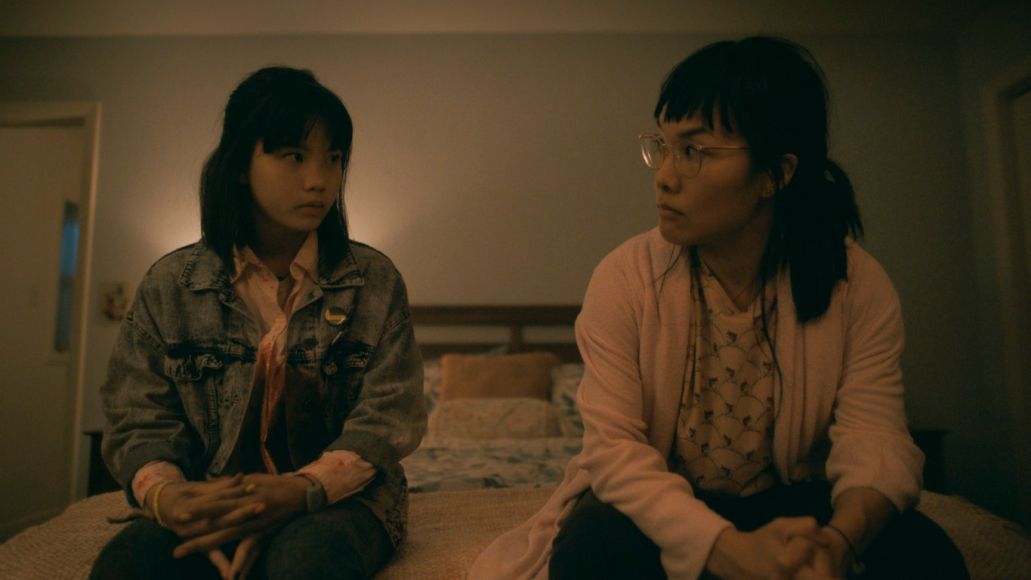 But of course, this series has its own more inspired source material: the comic series of the same name from Brian K. Vaughan and Cliff Chiang, itself a wonderfully vibrant and acerbic story of the tribulations of girlhood to balance out the boy-heavy stories we associate with ’80s kids’ adventures. The problem is, whether due to budgetary limits or a desire to streamline the comics, the show flattens the look and scope of the story into something decidedly dull and derivative.

Gone are the clean lines, gooey gore, and vivid colors of Chiang’s artwork, replaced with mid-budget streaming show cinematography that feels messy and drab even before the brief moments of unsatisfactory visual effects.

Most of the show takes place at night, a disappointing dusk, or in the flat suburban homes and offices of real life, with little effort to shoot it with any kind of verve or color. When the titular paper girls do glimpse some fantastical elements, they’re hardly eye-popping: a purple filter over the lens here, an After Effects-level ball of time portal energy there. It just looks cheap, which isn’t what you want for your time-hopping adventure series.

The dodgy effects and cinematography could — could — be forgiven if the show itself was a bit more interesting. But Paper Girls’ own route feels circuitous, and the players traverse it so slowly, that it’s easy to drift off if you’re not paying attention. Little of Vaughan’s tongue-in-cheek humor is here, and what remains feels superfluous as a result: The jokes rarely land with much ferocity.

This vision of the Terminator-esque time travel shenanigans pales in comparison to Vaughan and Chiang’s, feeling more like a watered-down version of Hulu’s Future Man than anything too original. The comics were a dizzying punk time war across the broad spectrum of the cosmos, featuring multiple versions of our heroes. But this show only has the budget for a couple of different timelines, only a few decades apart, and it struggles to fill that time.

The Kids Are Alright: The sole saving grace of Paper Girls is its cast, particularly the four young newcomers at its center. All four leads give fine performances, particularly Rosinsky’s spiky Mac, whose tough exterior belies a rough childhood that requires copious defense mechanisms.

They’re all girls facing one hardship or another, whether broken homes, alienation, or the racism and antisemitism of their era; what’s more, their time travel adventures put them face-to-face with the ugly reality that they’re likely going to grow up to suck (if, in some cases, they get the chance to grow up at all). Erin gets this most of all when she gets copious face time with “Old Erin” (Wong does her best with such a passive character); she’s crestfallen to find out she becomes a mentally ill mess who can barely keep herself together. 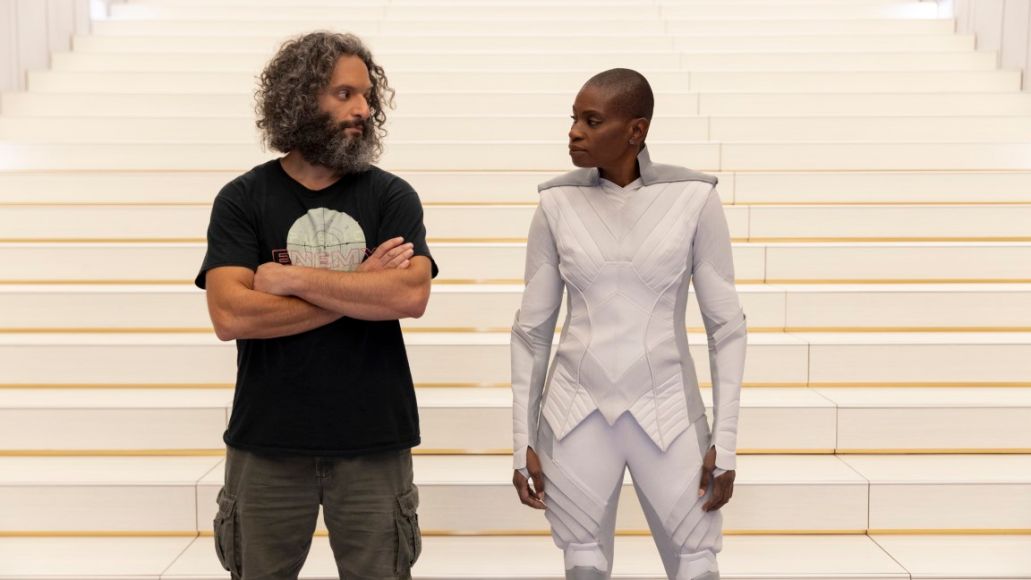 When the show stops for a second to become a series about a group of young girls facing their future and reckoning with what it’s like to “grow up”, Paper Girls gets a bit more compelling. When the Erins sit down to hash out whether she’ll still turn out as disappointing as her future self, or Mac tracks down her younger brother only to find out he’s a boring, settled doctor and dad, the writing starts to dig into interesting questions of the ways we change between childhood and adulthood.

Unfortunately, it’s wrapped in a bland, visually-uninteresting blend of a billion nostalgia-trip streaming shows we’ve seen before, a hurdle not even four talented youngsters can overcome. The time war stuff feels vestigial, hardly helped by forgettable villains (including Jason Mantzoukas as Grandfather and Adina Porter as the wily but thinly-written Prioress, who’s chasing down the four anomalies).

The Verdict: It’s a shame to see Paper Girls get such limp, uninspiring treatment, considering the material’s thematic boldness and acid-tongued sensibilities. It’s going for the nostalgia trip of Stranger Things, the timey-wimey implications of Dark, and the coming-of-age reckonings of The Breakfast Club. But it’s marred by the languid pacing all but demanded of modern streaming shows, where subplots have to wring themselves out over entire episodes before the plot can move along.

Pair that with lackluster moments of surreal spectacle and a watered-down sense of playfulness, and it’s just a slog to get through. Here’s hoping they get a second season to right the ship before it goes the way of another Brian K. Vaughan streaming adaptation of recent vintage, FX on Hulu’s Y: The Last Man.