On Thursday night, the original lineup of Farrell, DiStefano, Perkins, and bassist Martyn LeNoble headlined the “Heaven After Dark” concert series curated by Perry and his wife Etty Lau Farrell. The group played a 12-song set that featured seven tunes from their self-titled 1993 debut, four tracks from their 1996 sophomore and, thus far, final album, Good God’s Urge, and a cover of the Jane’s Addiction rarity “1%.”

With Farrell grinning ear to ear, “Tahitian Moon” ended the night on such a good note.

But it took us a while to get there…

Their bluesy-gospel-dance rock was an unexpected (and perhaps bewildering) inclusion on the bill for many in the crowd, considering that Farrell was set to take the stage again, and that support act Starcrawler had already helped set the stage for the headliner. Starcrawler, aka vocalist Arrow de Wilde, is known for her entertainingly incensed take on punk meets glam rock antics in her stage presence. She thrashed and spat about, hyping up the crowd with a throwback to just straight up rock and roll.

Eclectic would be a good way to describe the vibe of the night, since it started out with the Osees energy of Frankie & the Witch Fingers. They smashed through their condensed set with garage force, though they made each of their seven songs count. Head bangs and spun guitars made their presence throughout “Work”, “Dracula Drug” and “Electricide” but when lead guitarist Josh Menashe and vocalist/rhythm high-holding guitarist Dylan Sizemore shredded back to back during “Tea”, they fully cemented their prowess in keeping modern garage rock going strong. 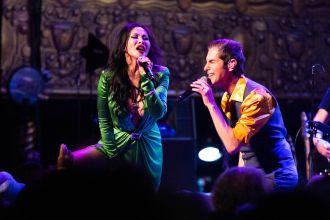 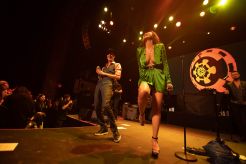 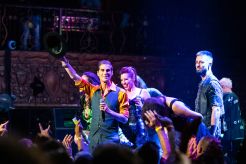 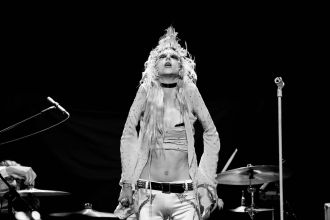 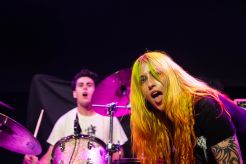 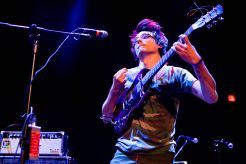 All photos by Debi Del Grande.