Puscifer have extended their North American tour, adding a leg of Fall 2022 dates. They’ve also offered up a new video for Billy Howerdel’s remix of “Bullet Train to Iowa.”

Maynard James Keenan and company just wrapped up the first leg of their tour in support of 2020’s Existential Reckoning. The group will head back out this fall, kicking off with an October 13th show in San Francisco. Dates run through November 22nd in Prescott, Arizona. Night Club will provide support.

Heavy Consequence recently caught Puscifer in Brooklyn as part of the recent tour leg. The theatrical show was heavily focused on Existential Reckoning and the imagery surrounding the album, including X-Files-esque special agents and extraterrestrials.

Below you can see the full list of Puscifer’s fall 2022 North American tour dates and watch the video for the “Bullet Train to Iowa” remix. Get tickets here. 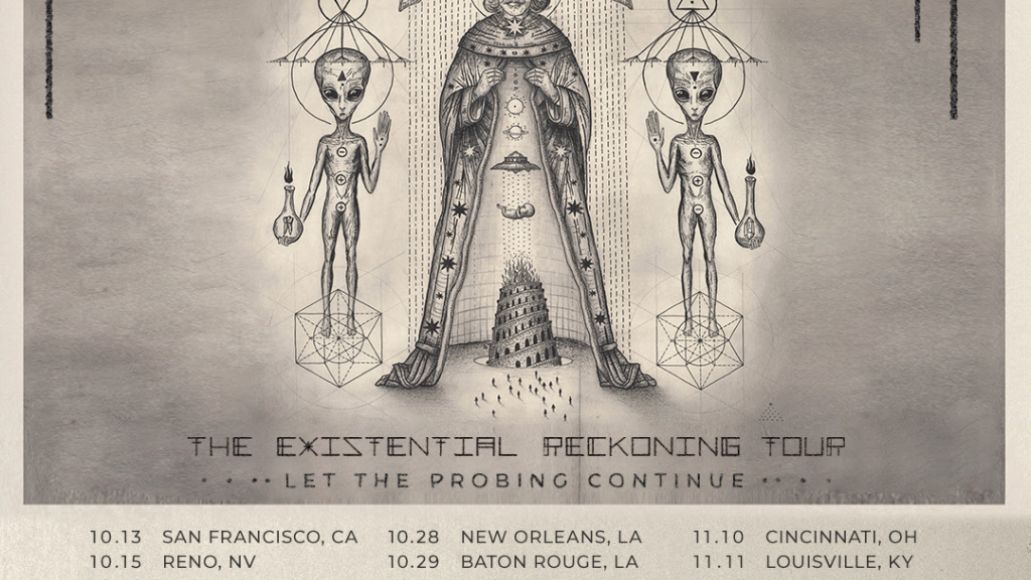