The Pitch: For most young professionals working today, balancing day jobs with side hustles is an inevitable and exhausting reality. In our American Dream-obsessed culture, we must sacrifice a large part of our well-being in order to achieve our personal goals, professional ambitions, and ultimately some inkling of happiness and stability. However, for some like the reserved Shawna (Aida Osman) and the outspoken Mia (KaMillion), the grind itself can become fuel for inspiration to break away from the volatile, oppressive labor market.

Spitting rhymes while wearing a wrestler’s mask on Instagram Live gives Shawna as much room to exercise her creative muscles as it does permission to blow off steam from her soul-sucking job at a luxurious Miami hotel. Elsewhere, Mia juggles between musing her unfiltered thoughts to her thousands of Instagram followers, titillating her thirsty anonymous OnlyFans subscribers, and applying makeup to her rich, white clientele, all to provide for herself and her young daughter.

Despite being estranged high school friends, Shawna and Mia’s serendipitous reunion ends up being a blessing in disguise. During one fateful hangout, the two recognize their shared prowess for rapping, concocting a freestyle called “Seduce and Scheme” over a club-ready instrumental. With the support of Mia’s music-producing baby daddy Lamont (RJ Cyler) and their scouting acquaintance Chastity (Jonica Booth), Shawna and Mia try to keep the momentum of their hot new track going, even as the cutthroat music industry and the messy unpredictability of their day-to-day lives threaten to cut their 15 seconds of fame short.

A Little Offbeat: Rap Sh!t creator Issa Rae knows a thing or two about the challenges and rewards of the hustle. She built her success off of her popular crowdfunded YouTube series Awkward Black Girl, followed it up with five seasons of the beloved and brilliant HBO show Insecure, and developed a lucrative platform for Black creative voices through her production company Hoorae.

With Insecure in particular, Rae crafted a hilarious, smart, and sophisticated story about taking risks and cultivating your self-worth in order to figure out what you want and who you want to be. Rap Sh!t traverses similar thematic terrain, following two women resisting the pull of their circumstances as they attempt to make a name for themselves.

But unlike Insecure, which had its ideas, characters, tone, and stakes immediately clear from the get-go (ironic, given its title), Rap Sh!t seems a little unsure of itself, torn between being an amusing, laid-back comedy, a casually critical satire of the hip-hop scene, and a light but pointed drama about upward social and financial mobility. A lack of commitment to any of these leaves the show feeling overproduced and unfocused, running into the issue of being too much and not enough. 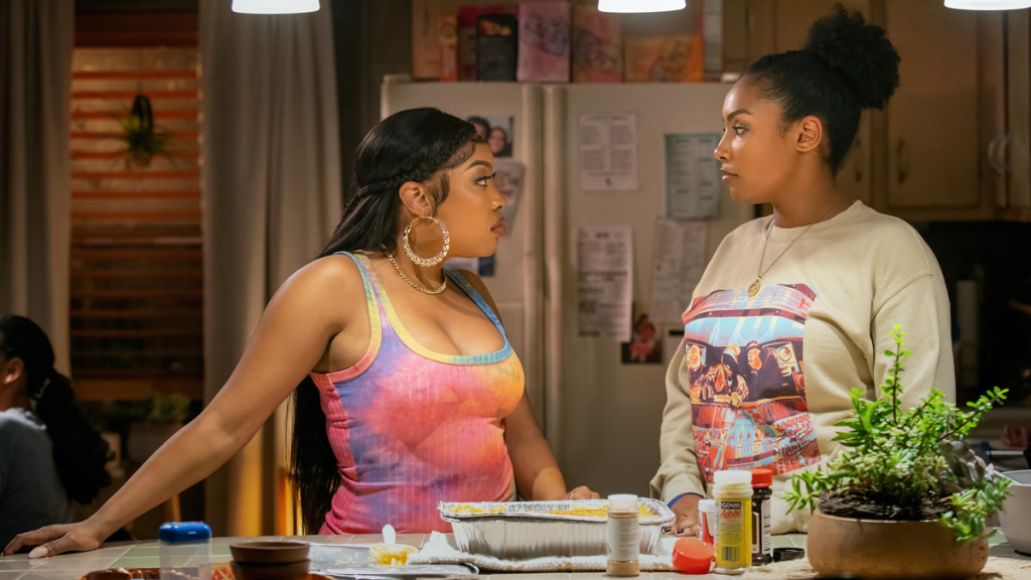