What a difference six years can make. Right? The last time Beyoncé dropped an album, her world was tilted. Lemonade detailed the messy emotions birthed from her husband breaking his marriage vows. After a bit of therapy, some bad words, and a lot of music, Black America’s royal couple finds their union in a much better place in 2022.

The world itself? Not so much. As a result, Bey looks outward on Renaissance, projecting her hopeful feelings of love and empowerment onto a population desperately in need of both. Renaissance (out Friday, July 29th) is both a rebirth for Beyoncé, and a mission statement for marginalized people, as well as for anyone who wants to scream, let it all hang out, and simply exist as an act of protest.⁠

Renaissance is of this era, but owes much of its flavor to twenty years of club culture. The album mixes Donna Summer, Diana Ross, Robin S., Queen, and a dash of The Bee Gees, because you just gotta have The Bee Gees. If that’s not clear through the first few tracks, by the time the record spins to the end and the title track begins, Beyoncé’s grand design is evident. “I’m That Girl” combines House, EDM, and Beyoncé’s throaty vocals for a rebellious anthem steeped in confidence. She repeats “I didn’t want this power” at one point in the song, flippantly remarking on women’s inherent ability regardless of their status.

Pick one: relationship status, social status, or commas in bank account status…? Bey says none of that matters when measured against the natural force she and women worldwide possess on principle. That ethos continues as one track seamlessly blends into the next using music cues or instruments. “Cozy” changes tempo and melody as it reaches its climax. That newly-established rhythm and those freshly minted drums segue into “Alien Superstar.” Renaissance is a puzzle, with each song a separate piece.

Freak flags flew high during the Disco era, and Beyoncé happily obliges. “Church Girl” not only revels in “dropping it like a thottie” — her words, not mine — but reclaims the term as one of endearment. The uptempo song — which pairs perfectly with “Break My Soul” — celebrates the judgment-free dance floor and femininity without patriarchal constraints.

Maybe it’s because she was cooped up for years just like the rest of us, but Bey wants — no, she beckons — her audience to embrace pleasure. No vice is off limits, hedonism isn’t a thing, and everything in this place is better than what’s outside. Lemonade lacked this joy for obvious reasons, so hearing Beyoncé do her best impression of a Siren from The Odyssey is heartwarming, if only because her happiness is contagious.

But there’s an underlying message here because, well, duh. Beyoncé dedicated this album to her gay uncle, who passed away many moons ago due to complications related to HIV. Bey says Johnny introduced her to the music and culture that inspired Renaissance, along with dozens of unsung heroes who created and fought for that culture’s survival. Disco became a thing thanks to Black people and members of the LBGTQ community. Most club music to which Disco gave birth shares the same lineage.

While our current moment in time may pale when compared to the oppression felt during the ’70s, both of those groups are still under fire in different ways around the country. Rather than make an overtly political album about the pain and struggle to simply exist, Bey went in the opposite direction. She chose not to commiserate, but to celebrate. But that message is just as powerful. For too long, the narrative of oppressed people in America is of constant grief. We’re always fighting because we have to, or else.

And it’s exhausting. Disco was a refuge from the cold world outside in its heyday, a feeling Beyoncé wants to restore. So, when “Virgo’s Groove” hits and the mood strikes her to have sex on the dance floor, it makes sense. Whole groups of people just need a little relief while reminding the world they’re more than their pain. Renaissance gives props to everyone who came before her while wearing its influences on both sleeves. There’s even some on both pant legs, too. After two years of a pandemic, racial strife, and everything else, an album filled with positive affirmations and acknowledging history is a powerful statement.

However, not everything hits. “America Has a Problem” has a great groove, but the tough talk of “rolling with goons in case you start acting familiar” feels more out of place than a nun at Chippendales. Bey is feeling herself — as always — and sometimes that causes incongruent lyrics. Thankfully, those moments are few and far between, as almost everything works in concert. Her vocal tones are pitch-perfect for their respective musical backdrops, while the subject matter rarely strays too far off base.

At sixteen tracks, Renaissance never overstays its welcome. Besides “Virgos Groove,” which sounds like two songs in one, most songs find their effectiveness through brevity. And Beyoncé varies her performances on each so that even the concise ones feel like an adventure.

This is the first of three albums. When is the rest of the trilogy coming? No one knows. Well, Beyoncé knows. And that middle chapter has a high bar to cross. While not a perfect album, Renaissance is pretty damn close. It’s infectious and not overbearing, elegant, but not shallow. Beyoncé’s seventh album builds a bridge to the next phase of her career. And it all starts in the middle of a dance floor under a Disco ball. 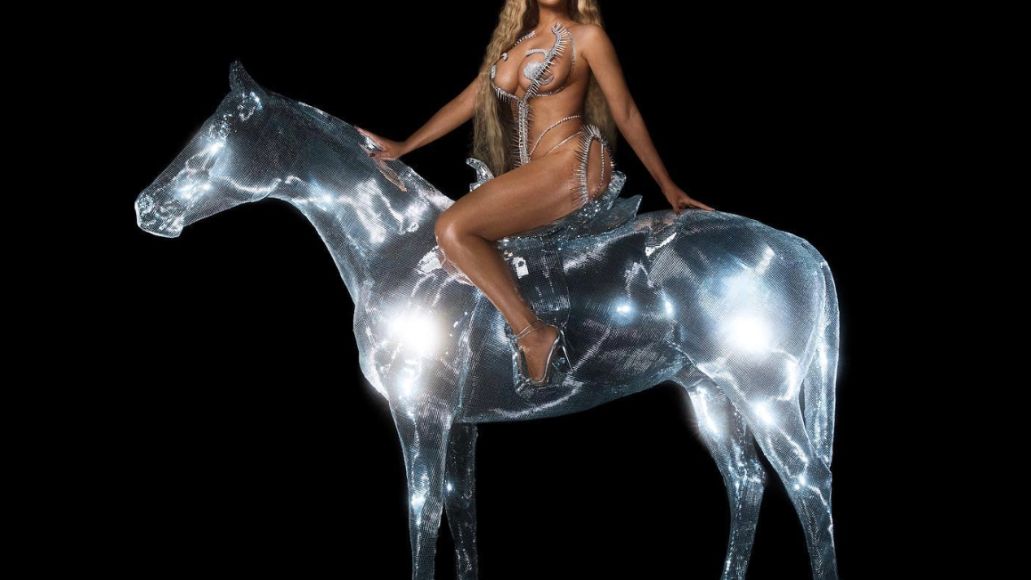