Rob Zombie has finished filming his big-screen adaptation of the 1960s sitcom The Munsters. The rocker-director shared the news via Instagram, where he also unveiled the movie’s first official poster.

The Munsters filmed in Budapest, Hungary, where Zombie kept fans updated with casting news and photos from the set throughout the process. The filming wraps up at a perfect time, as Zombie is set to kick off a co-headlining US tour with Mudvayne on July 20th, with tickets available via Ticketmaster.

On Instagram, Zombie shared some more behind-the-scenes pics on Thursday (July 7th), as he wrote, “Well, that’s a wrap on everyone involved with THE MUNSTERS! Thanks Budapest you’ve been great. Enjoy your new Mockingbird Lane. Next stop the airport.”

He then followed that up on Friday (June 8th) with a shot of himself and the three leads — Sheri Moon Zombie, Dan Roebuck, and Jeff Daniel Phillips — standing in front of an airplane, with the caption, “The Munsters gang has landed! We are back in the U.S.A.!”

Earlier this week, Zombie unveiled the movie’s first poster, featuring the aforementioned leads — Sheri Moon as Lily Munster, Roebuck as Herman Munster, and Phillips as Grandpa Munster — under the words “A Rob Zombie Film: The Munsters.”

No release date has been set as of yet for The Munsters, but it’s due to arrive in theaters and on Peacock before the end of the year.

See Rob Zombie’s Instagram posts and the poster below, and pick up tickets to his summer tour with Mudvayne, Static-X and Powerman 5000 here. 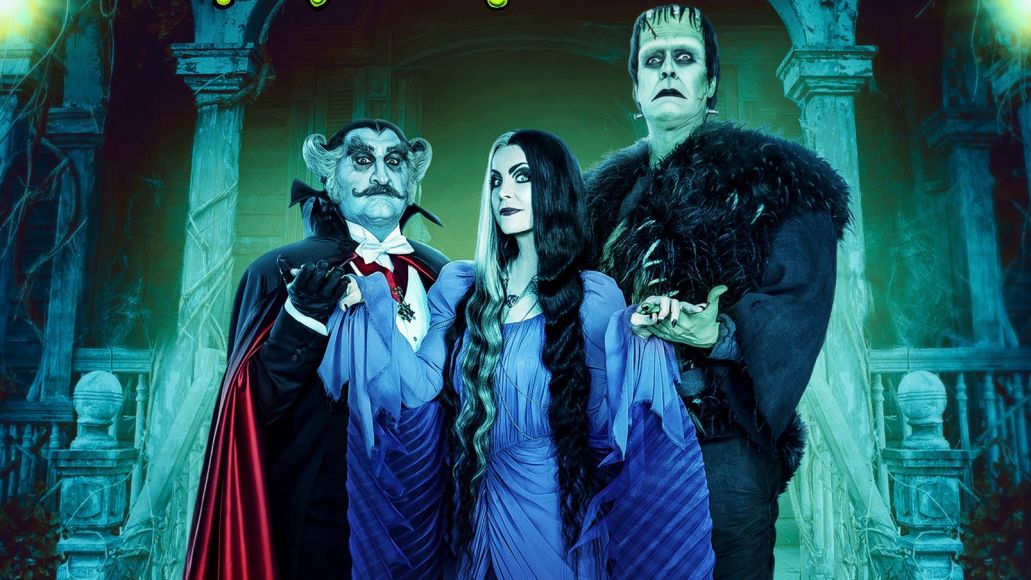