Atlanta metal veterans Sevendust have announced the final leg of their “Animosity Tour,” the trek in honor of the 21st anniversary of their seminal 2001 album. The trek finds the band playing the full LP front to back, as well as other hits from throughout their career.

The last leg of the tour kicks off September 9th in Danville, Virginia, and runs through an October 1st date in New Orleans, Louisiana. Supporting the outing are Nonpoint, Bastardane (the band featuring Metallica frontman James Hetfield’s son Castor on drums), and Burden of the Sky. Tickets go on sale Friday, July 8th at 10:00 a.m. local venue time via Ticketmaster, with pre-sales beginning Thursday, July 7th using the code TOUR.

Sevendust were originally set to mark the 20th anniversary of Animosity on the tour, but plans got pushed back due to the pandemic. The album dropped on November 13th, 2001, and features two of the group’s most popular singles: “Angel’s Son” and “Praise.” The gold-certified Animosity LP reached No. 28 on the Billboard 200 chart and stayed on the tally for 13 weeks.

* = w/ Nonpoint, Bastardane and Burden of the Sky 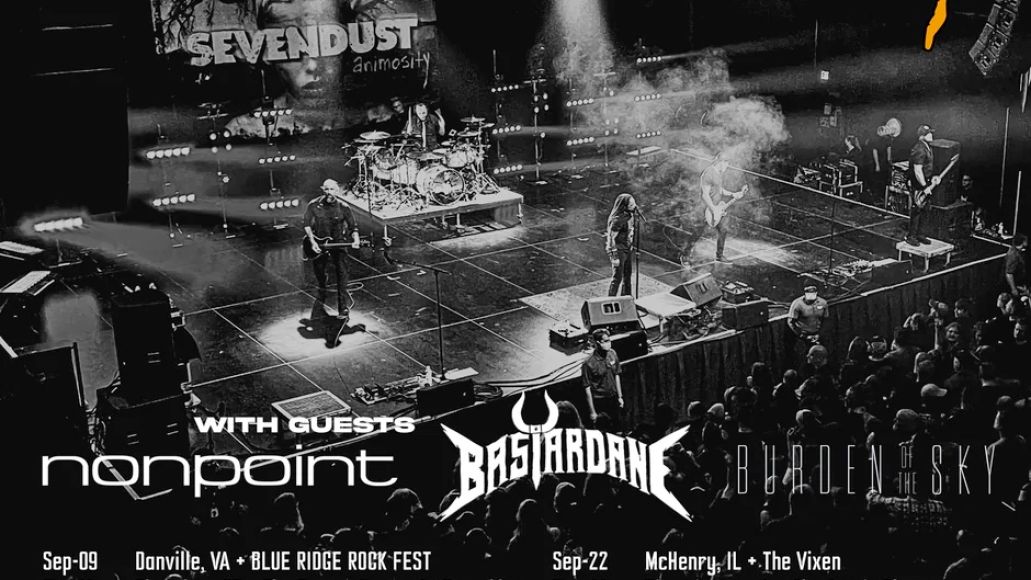