One of the best parts of watching Hulu’s Only Murders in the Building every week is seeing the layers peeled back on Steve Martin’s endearing character, Charles Haden-Savage, who introduced his song “Angel in Flip-Flops” on the most recent episode. Now, the delightfully cheesy track has been released to streaming services.

When Savage plays the song for his podcast co-hosts Oliver (Martin Short) and Mabel (Selena Gomez), he tells the duo it was a “big hit” in Germany. The latter’s ears perk up with recognition because it’s been “sampled by, like, 50 rap stars” over the years, including Post Malone, Missy Elliott, and Del the Funky Homosapien. In the process, Savage has been raking in $200,000 in royalties every year.

With catchy lyrics like, “She’s an angel in flip-flops/ Stopping my teardrops (Pittah pottah)/ Kisses like pop rocks” and an epic sax solo, chances are an Only Murders fan could flip it in real life, too. Stream it below.

It’s worth noting Steve Martin is actually an accomplished musician in real life. A longtime banjo player, he has won Grammys for Best Bluegrass Album and Best American Roots Song while also touring with bluegrass acts like Steep Canyon Rangers and Earl Scruggs.

Rappers weren’t the only artists name-dropped on this week’s episode. Lucy, the teenage daughter of Savage’s ex-girlfriend, re-entered his life and stumped even the 20-something Mabel with a flurry of Gen Z tropes. “I prayed to the 100 Gecs tree for a real diagnosis, but my mom hates big pharma,” she says, referencing the divisive hyperpop duo. See a screenshot of that moment below.

Read our review of the ongoing Season 2 of Only Murders in the Building, which was recently renewed for a third season. 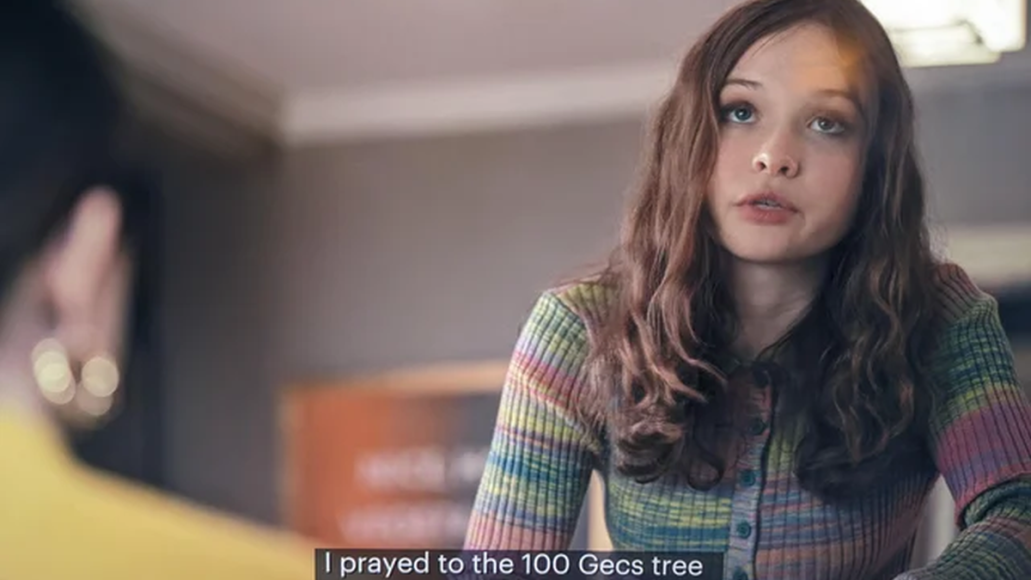 Only Murders in the Building Releases Steve Martin's "Angel in Flip-Flops": Stream