The Linda Lindas have shared a studio version of their cover of The Go Go’s “Tonite.” Marking the first offering after their debut album, Growing Up, the Beauty and the Beat cut has been in the young punk band’s regular live rotation.

In a statement, the group explained their long-running connection to the Rock & Roll Hall of Famers. “The Linda Lindas started out as a cover band, and we’ve played more songs by The Go-Go’s than anyone else,” they said. “And even after we started to write our own songs, we never stopped playing ‘Tonite.’ We love the idea of us going out and owning our town, and ‘Tonite’ is as fun to play as it is empowering — especially the part where we all sing together.”

The band continued, “Because the cover is such a hit at shows, we decided to record a studio version to pay tribute to the greatest all-female rock band of all time, a crucial part of the LA punk scene, and our heroes.”

The Linda Lindas absolutely shredded at Newport Folk Festival last weekend and have several live dates ahead supporting Yeah Yeah Yeahs as well as three nights at Las Vegas’ When We Were Young Festival in October. Grab your seats via Ticketmaster.

Not to be confused with the “Oh!” outro on “Tonite,” the band unleashed their own “Oh!” on The Tonight Show in May. The following month, they released a collaborative single called “Lost in Thought” with Kathi Wilcox, Erica Dawn Lyle, and Vice Cooler as part of the benefit compilation LAND TRUST: Benefit for North East Farmers of Color. 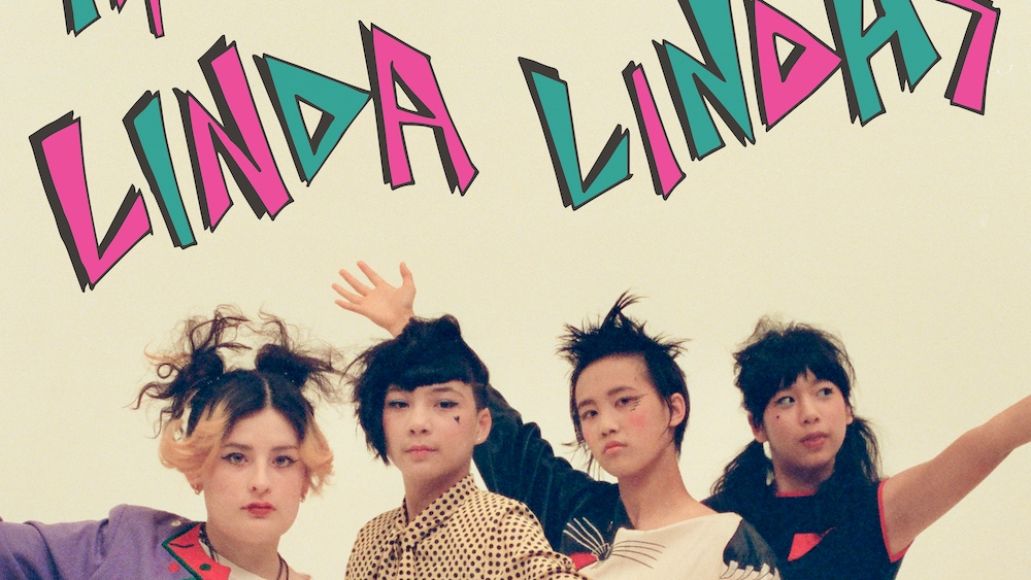