Origins is a recurring series that gives artists a place to talk about the inspirations behind their latest project. Today, Homer Flynn of The Cryptic Corporation, the record label behind legendary art collective The Residents, breaks down their new, one-of-a-kind film Triple Trouble.

There is nothing comparable to The Residents. Perhaps it’s their ability to maintain their mysterious aura after decades of music and multimedia exploration, or maybe it’s their skill at excelling in different art forms. Whatever the reason for their longtime success, The Residents continue to raise the bar by taking chances and pioneering new skills. Today, Consequence premieres the trailer for their debut film, Triple Trouble, which will show at the 29th Annual Chicago Underground Film Festival on Friday, July 29th.

A project fifty years in the making, the idea for Triple Trouble originated from their unfinished project, Vileness Fats. The original idea was as strange and eerie as one would expect from the group. “When you see Vileness Fats, it’s hard not to be struck by the unlikely confluence of creativity and the film’s naive outsider vision,” director Homer Flynn tells Consequence. “As they say, ‘ignorance is bliss’ but while this innocence initially motivated the group, it also eventually brought the project down.”

Nearly four decades later, The Residents began talking about the unfinished film and decided to use the spirit of Vileness Fats in a new project. “While THEY had no desire to complete the original film, THEY were still fascinated by its original concept, but felt it needed updating and rewriting into a new context,” explains Flynn. After the pandemic delayed their project once again, the film was rebooted under the new title.

The strange and risk-taking nature of The Residents shines through every element of Triple Trouble. Inspired by the chaos of the pandemic, the film doesn’t shy away from speaking the truth about the dangers of ignorance and the unknowable that exists in all of us.

Check out the trailer for Triple Trouble, as well as a few words from director Homer Flynn about the inspirations behind the film, below. This is The Residents first major project since 2020, when they released the double album METAL, MEAT & BONE: The Songs of Dyin’ Dog.

As co-director of The Residents’ film, Triple Trouble, the path leading to its completion was long – 50 years – and unusually convoluted, with some of the obstacles also serving as inspiration. The first and primary stimulus came from The Residents’ unfinished wannabe masterpiece, Vileness Fats. If you haven’t seen it, immediately go to YouTube and search for “Vileness Fats, The Residents” and you’ll see what I mean. There’s nothing else quite like it.

One of the overshadowing qualities infesting The Residents is naïveté. And when you see Vileness Fats, it’s hard not to be struck by the unlikely confluence of creativity and the film’s naive outsider vision. As they say, “ignorance is bliss” but while this innocence initially motivated the group, it also eventually brought the project down. THEY were beyond prescient in seeing video as the dominant visual medium of the future, but painfully unaware of the limits of the ½ inch reel-to-reel B&W “industrial” quality video used to shoot Vileness Fats. After four years and the video taping of approximately 60% of the screenplay, The Residents realized that gathering a group of their friends around a TV was the only way THEY could get anyone to watch it. At that point their fantasy of making the “Ultimate Underground Movie of All Times” died. Discouraged, but far from hopeless, the band moved on to other callow, primitive but equally sincere projects.

But Vileness Fats refused to die. The idea of completing it came up many times over the years but, about 10-15 years ago, THEY eventually said “NO WAY!” It would be impossible, 30-40 years later, to re-create the naïveté so charming in the original – until Don Hardy appeared. Don is a highly successful documentary filmmaker who, in 2015, created a doc about The Residents called The Theory of Obscurity. I was Don’s enabler on The Residents/Cryptic Corporation side and we worked very closely on the project. In the process of gathering as much of the group’s historical film and video for his film as possible, Don became quite charmed by Vileness Fats. So much so, that when The Residents heard of the filmmaker’s interest, the wheels of creativity began to spin – feverishly. While THEY had no desire to complete the original film, THEY were still fascinated by its original concept, but felt it needed updating and rewriting into a new context which THEY called Double Trouble. Using Vileness Fats as their template, The Residents wrote a new screenplay in which the protagonist, a priest and the son of the group’s former lead singer, finds a footlocker full of the original Vileness Fats video tape. Intrigued, he obsessively immerses himself in the material only to discover that his life, gradually spiraling out of control, is a nearly exact echo of the hero of Vileness Fats. It gets worse from there. 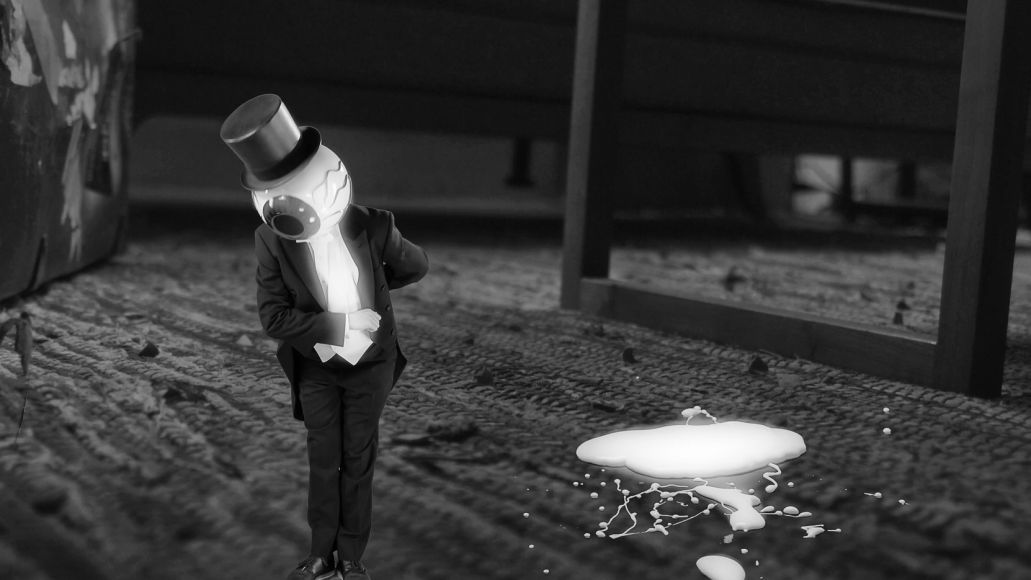 Inspired by The Residents’ creativity, it became my job to find financial support for the film. A year later, with several Executive Producers on board, a portion of the budget had been raised, when BAM! the Covid lockdown slammed the door shut. Disappointed again, but far from giving up, THEY decided to rewrite the script yet again, this time calling it Triple Trouble
and moving their protagonist five years into the future where he becomes a needy and emotionally isolated plumber. Using the panic and social chaos of the pandemic as inspiration, the film’s hero becomes a well-meaning but paranoid wacko convinced that the world is being invaded by a white fungus. Again, it only gets worse. In addition to the original Vileness Fats, Don Hardy and the pandemic, there were a few additional influences with the first being the films and filmmakers that have inspired both me and THEM. I’m a huge fan of both film noir and highly visual filmmakers like Federico Fellini, David Lynch, Terrence Malick, Guillermo del Toro, etc. Thanks to the compelling cinematography of Director of Photography, Frazer Bradshaw, if Triple Trouble is celebrated in any way, much of its success will be due to this vision of surreal noir.

And finally, the last influence is The Residents, themselves. Their willingness to take chances, stretch credibility and ignore rules has been a constant source of inspiration for me for 50 years. I can only hope for fifty more. 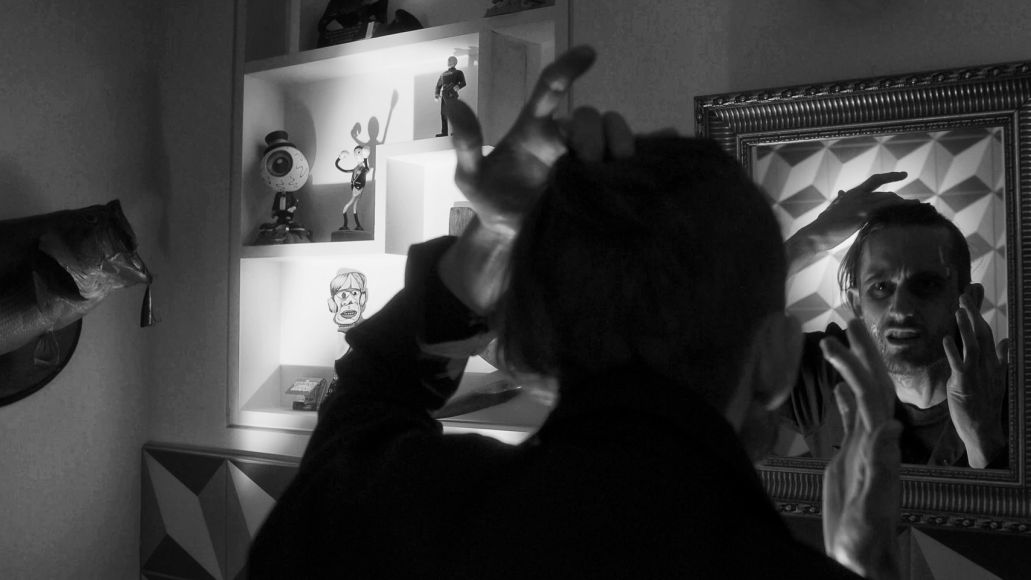