The Pitch: In the summer of 2018, a monsoon trapped 12 young Thai football players and their assistant coach inside a cave for 18 days. The event became worldwide news and an international effort to rescue the team commenced, prompting volunteers from the local Chiang Rai Province and all over the globe to get involved.

Two English volunteers — retired firefighter Richard Stanton (Viggo Mortensen) and IT consultant John Volanthen (Colin Farrell) — were tasked to use their extensive diving experience in order to find the boys and transport them back to land. Stanton and Volanthen spent hours swimming through murky waters, strong currents, and dangerously tight passages, eventually locating the team many meters deep into the cave but struggled to figure out how to retrieve them. Would they teach the team how to dive? Drill a part of the cave to get them out? Or wait with baited breath until the end of monsoon season months later?

The answer ended up being much simpler than all those options but was arguably the most precarious one to carry out. Collaborating with Australian anaethestist Richard Harris (Joel Edgerton), Chiang Rai governor Narongsak Osatanakorn (Sahajak Boonthanakit), and a unit of Thai Navy SEALs, Stanton and Volanthen strategized to sedate the team in order to swim them back to safety. Considering all the dangerous variables stacked up against them, the result was nothing short of a miracle, a true feat of human ingenuity and a huge risk that paid off enormously.

A Sliver of Hope: As the pandemic reaches another frustrating fever pitch, optimism about humanity’s capacity for resilience has continued to wane significantly. The persistent neglect, stunning incompetence, and absence of compassion from our civic and national leaders has left people confused, angry, and defenseless against a health crisis with no clear end in sight. What’s more, the everyday onslaught of depressing headlines and seemingly unstoppable subvariants has stoked even more uncertainty and nihilism, ultimately leaving us to determine our own fates and fend for ourselves when no one else will.

In that regard, director Ron Howard’s latest based-on-a-true-story project Thirteen Lives seeks to remind us that yes, there is still hope for mankind when we put in the work, regardless of whatever formidable obstacles lie ahead. Although the events of the film take place just a few years ago and already received attention from Hollywood with last year’s documentary The Rescue, this dramatized depiction of the Thai cave rescue hits particularly hard at a time where selfless acts from ordinary people with extraordinary stamina are a rarity.

Into the Deep End: Unlike his last movie, the misguided and manipulative Hillbilly Elegy, Howard takes a straightforward and reverent approach toward the subject matter here, neither sanitizing nor sensationalizing the treachery of this undertaking.

Given his fondness for historical and technical accuracy and impossible-turned-possible missions (see: Apollo 13), Howard is an ideal fit for this retelling. He focuses mainly on the fascinating nuts-and-bolts of the operation while empathizing with the individuals forced to endure the terrifying existential gravity of the situation. The script from William Nicholson, whose previous work with survival stories (Unbroken, Everest) lends credence to this text, is similarly no-nonsense and subdued, forgoing textured character detail in favor of a pared-down docudrama storytelling style. 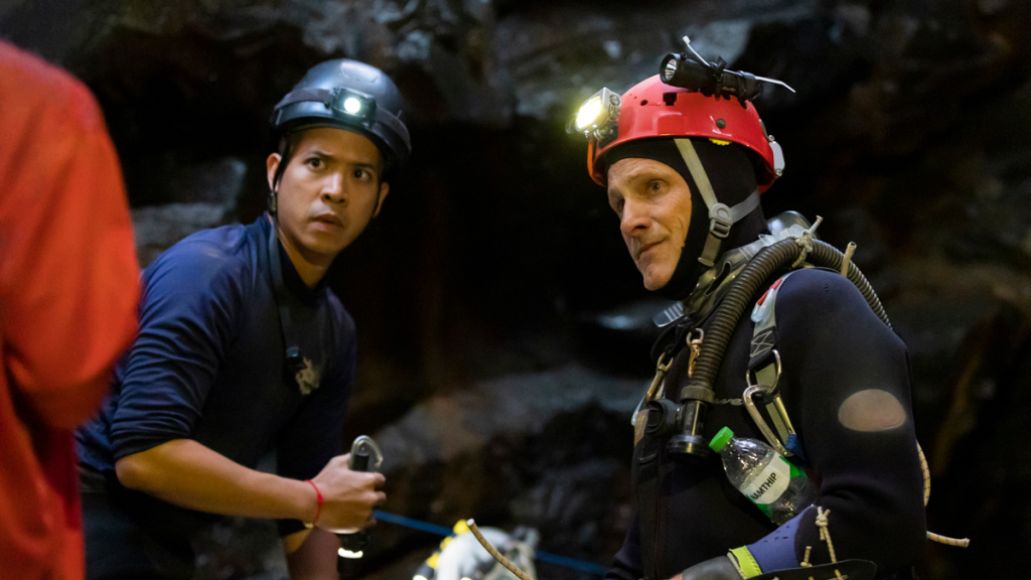 Ron Howard Gets Back to Basics with Rescue Drama Thirteen Lives: Review