The Pitch: What a singular filmmaker Taika Waititi is. The New Zealand director and actor’s first Thor adventure, Thor: Ragnarok, wasn’t just one of the best MCU sequels to date — it was an invigorating moment for the franchise. For those who bemoaned the idea that all of these movies were just boilerplate assembly-line corporate propaganda, the visual flare and narrative whimsy of Thor’s third solo adventure made for a strong counterargument. (Not to mention Jeff Goldblum as the Grandmaster!)

So the hype was real for Waititi’s follow-up adventure, especially after he managed to convince Natalie Portman to return as Jane Foster, the brilliant scientist who became Thor’s (Chris Hemsworth) initial guide to humanity and love interest, before the two broke up for unspecified reasons sometime between Avengers: Age of Ultron and Ragnarok.

Thor: Love and Thunder, you might guess from the title as well as Portman’s presence, focuses to a large degree on the reasons behind their breakup, as well as their eventual reunion, inspired by the film’s central threat — a vengeful force known as Gorr the God Butcher (Christian Bale), who’s living up to his name by butchering the gods of the galaxy, causing no shortage of chaos as a result.

The titular Asgardian, being himself technically a god, has a vested interest in stopping Gorr, especially when Gorr targets his remaining kinsmen, living in their new home of New Asgard. Fortunately, Thor gains an unexpected ally in the fight — Jane herself, but now enhanced with the powers of the mighty Thor himself.

Even the Plot Exposition Is Fun: In keeping this review as spoiler-free as possible, it’s hard to say much more about the overall plot than the above, beyond noting that Thor and Jane’s quest to stop Gorr, with additional assistance from Thor’s old pals from the trash planet of Sakaar, Valkyrie (Tessa Thompson) and Korg (Waititi/a whole lot of CGI), takes them to the edges of the universe as well as Omnipotence City, where the whole intergalactic pantheon of gods, including Zeus himself (Russell Crowe), dwell.

It’s a good old-fashioned adventure, keeping the plot simple enough to allow space for Waititi’s signature love of weirdness to shine through. One detail that stood out is that for a good chunk of the film, we see Valkyrie dressed casually in jeans shorts and a Phantom of the Opera sweatshirt. Why is she wearing a Phantom of the Opera sweatshirt? Who knows, she just is. Maybe it was explained in a now-deleted scene, but honestly the film is better without the explanation — just one of the many, many great personal touches that Waititi seems to relish. After all, why have regular goats when you can have screaming goats? It’s just common sense.

Also, if Ragnarok charmed you with its cameos — well, you’re in luck. In fact, a lot of the most beloved bits of that film find a way to bleed through here, with its technicolor airbrushed-van aesthetic chief among them— cinematographer Barry Idoine delivers bright punches of color so consistently that when color vanishes for a short time, you keenly feel its absence. 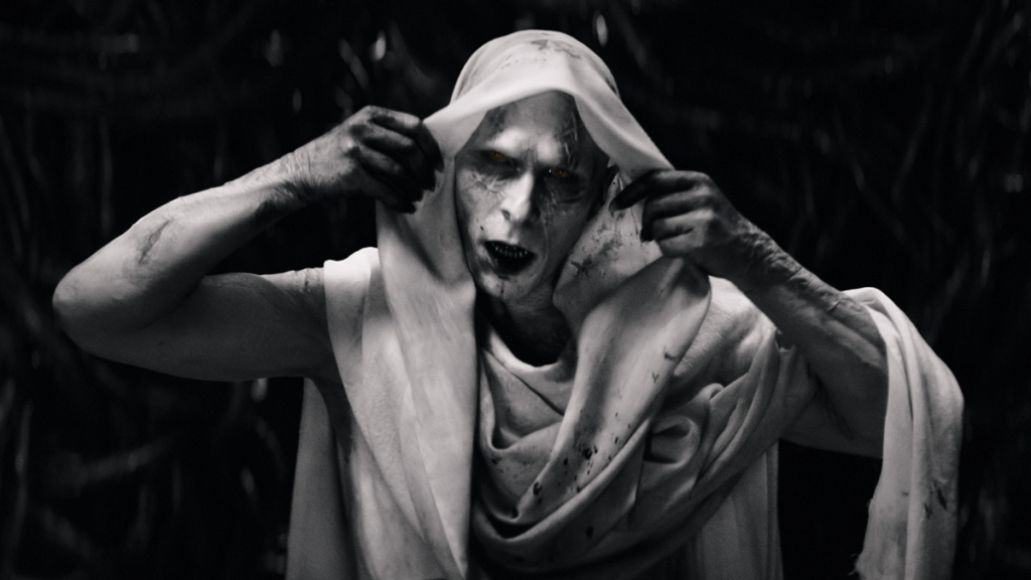 All the Gods of Heaven and Earth: It’s really worth acknowledging what a privilege it is, to have over three decades of acting work from Christian Bale to look back on and appreciate. The former Batman has never been adverse to popcorn fare, but you always get a sense that when he says yes to doing something, he does it for a reason. Here, it’s clear that he saw real potential in the material — his take on Gorr is deliciously unhinged and yet also deeply humanistic; the backstory he’s given never excuses his actions, but goes a long way towards ensuring his relatability.

Also, while stuck in a sidekick rut to some extent, Thompson brings in a lot of charm and good humor — hey Marvel, where’s her Disney+ series? Portman, too, gets a chance to really play all the shades of Jane, from hilarious to inspiring to tragic, and Hemsworth continues to sharpen his approach to Thor, unafraid of letting the godly hero look plenty ridiculous when the time is right. (This is not a reference to the nude scene teased in the trailers. He does not look ridiculous in that scene.)

As for Portman and Hemsworth together — well, we don’t get a lot of sustained romance narratives in the MCU, and even the longest-lasting ones take place largely in the margins of the overall story (see, for example, Tony Stark and Pepper Potts). So it’s refreshing to see Waititi and co-writer Jennifer Kaytin Robinson tell the story of their romance, from how it began to how it went wrong, with grounded nuance.

The Verdict: However, what’s a bit sad about Love and Thunder is how it exposes Waititi’s biggest vulnerability as a creator — he’s fantastic at big ideas and irreverent swings, but thematic depth sometimes gets a bit lost. The overall message of this film, that to love someone else is a scary and dangerous thing because of the pain that may result, comes through only in a surface-level way, and certain notes of the ending curdle a bit upon deeper reflection.

Thor does have more of an arc here than the much more recent example of Doctor Strange during his recent trip to the Multiverse, but that’s honestly not saying much. That said, the surface-level delights are pretty damn delightful, as is Waititi’s ability to just let things be strange for no clear reason other than, well, it’s fun or cool or hilarious. Love and Thunder doesn’t just take the audience on a ride — it hooks the audience up to a jetpack and shoots it into the heavens, giggling the whole time.

Where to Watch: Thor: Love and Thunder crashes into theaters on July 8th.