The Pitch: Daisy Edgar-Jones has had a pretty rough time of it in 2022. First, she got kidnapped by a cannibal, then she was murdered by fundamentalist Mormons, and now she’s on trial for murder. The young British actress, who first broke out in 2020’s Normal People, headlines the new drama Where the Crawdads Sing, adapted from Delia Owens’s 2018 novel about a young woman named Kya who raises herself in the marshes of North Carolina in the 1960s, after her family abandons her.

As Kya gets older, two very different young men do their best to draw her out of her isolation: First, her childhood friend Tate (Taylor John Smith) teaches her to read and write and nurtures in her a love for studying nature, but leaves her behind for college. While she’s heartbroken by Tate’s departure, she becomes closer to local golden boy Chase (Harris Dickinson) — until the relationship goes sour, he gets violent, and eventually he’s found dead in the marshes, Kya the only suspect as to his unexplained death.

This is all teased out via flashback as Kya stands trial for Chase’s murder, with local retired lawyer Tom Milton (David Strathairn) coming to her aide. Tom has no hesitation in calling out the entire town for judging Kya as “the marsh girl,” an outsider not to be trusted, but it’s the judgment of the jury that matters most…

Things That Only Carolina Will Ever Know: If you didn’t know Where the Crawdads Sing was an adaptation of a book when the film began, by the time the credits rolled you wouldn’t be surprised by the news, as there’s a sense of more story than we know lurking at the edges of the frame, in the backstories of certain characters. But even with the limitations of just two hours of screen time, the film still manages to draw you into the rich, earthy, and untamed wilds that Kya calls home.

This is only director Olivia Newman’s second feature film, but she proves to have a strong sense of pace while drawing out the story’s lingering mysteries within the loose structure of a courtroom drama — things move fast, but never any faster than they should, with moments landing with just the right amount of weight.

Meanwhile, director of photography Polly Morgan also deserves praise for the beauty she finds in the marshland, from the tiny creatures that inhabit it to the full lush splendor of it as seen from above. Morgan’s prior credits include Lucy In the Sky, A Quiet Place Part II, and nine episodes of FX’s psychedelic superhero series Legion, not to mention the upcoming Viola Davis film The Woman King — a talent to keep one’s eye on. 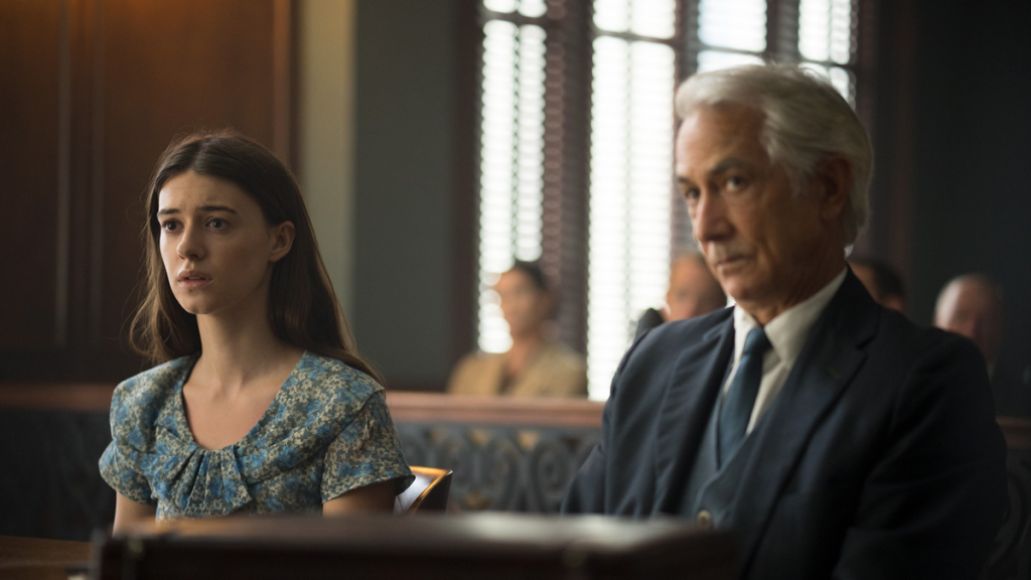 Where the Crawdads Sing (Columbia Pictures)

Where the Crawdads Sing Review: A Lush, Lyrical, and Engrossing Southern Gothic Drama