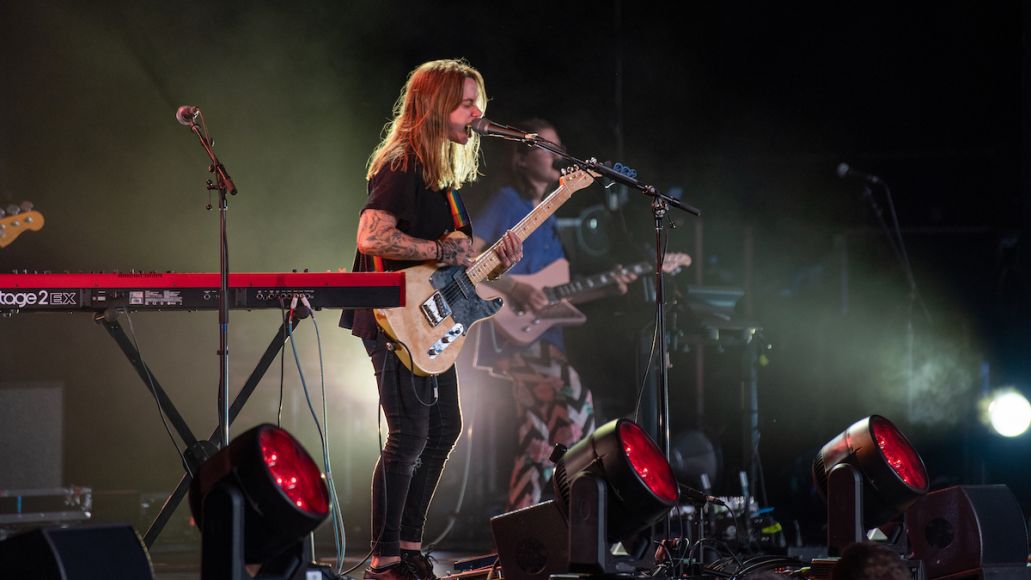 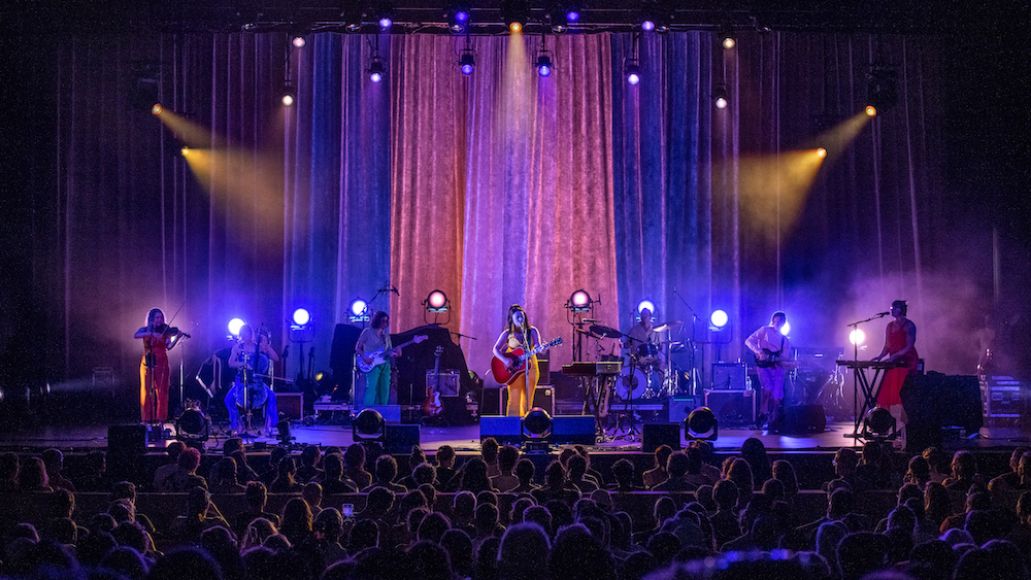 After “Anything,” on which she resumed playing guitar, Van Etten gave some shout-outs — to her “Jersey high school crew,” which drew cheers from the crowd, and her Uncle Stan, who was also in the audience. Van Etten shared that Vienna held a hallowed place in her family’s history: Her grandparents lived there before their deaths and are both now buried in Arlington National Cemetery. “We dedicate the rest of this set to Florence and Stan,” she said, with the disarming charm that hallmarks her live performances. 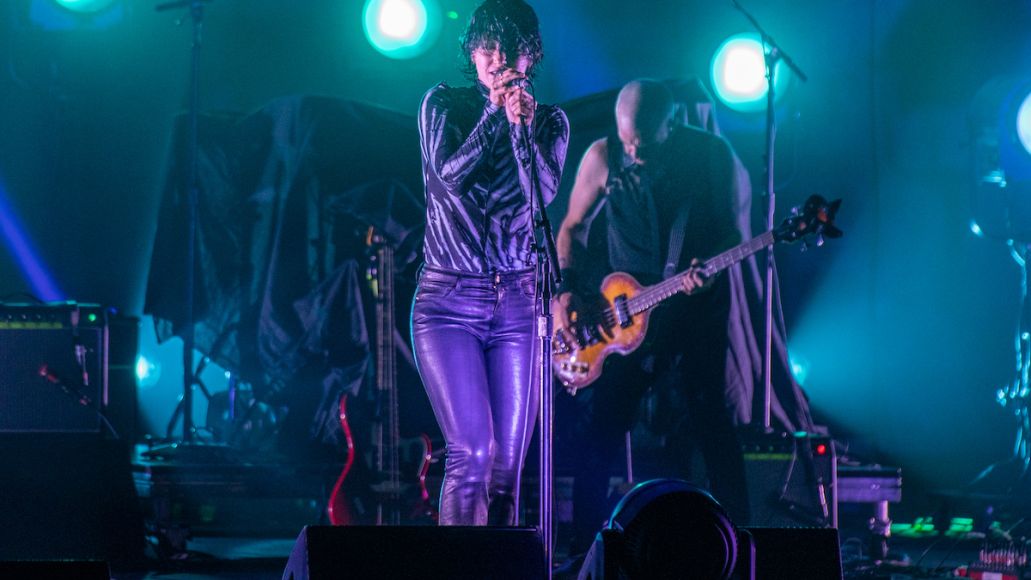 In the time since her quiet and tentative 2009 DIY debut, Van Etten has come into her own as a full-fledged rock star, and it’s one of the most empowering and satisfying evolutions in music today. Her setlist drew from 2022’s We’ve Been Going About This All Wrong, her sixth studio album, for four of its songs — the first time she had played them to a live audience. She reached farther back in her catalog with “Serpents,” the muscular, swift and savage track about a former abusive partner from 2012’s Tramp, as well as a playful, harder rock version of the easygoing “Every Time the Sun Comes Up,” from 2014’s Are We There, which got a few more audience members moving and out of their seats.

Hearing artists play with form like this is one of the highlights of any live show, and it was a little disappointing that the night’s tightly coordinated schedule didn’t allow for more of it. Van Etten followed with “Mistakes,” telling the audience, “This is the permission I’m giving you right now to be a bad dancer with me. If anyone knows Elaine Benes, you know what I’m saying.” She closed with a powerful and locked-in rendition of “Seventeen,” a love song to a former self.

After Van Etten left the stage, the audience had a pretty good idea of what was coming next, but they good-naturedly cheered and applauded to the empty stage anyway. Sure enough, Van Etten came back out a few moments later, followed by Olsen. The two launched into their tender and bombastic joint single from 2021, “Like I Used To,” a song that perfectly encapsulates what Olsen and Van Etten have prioritized exploring in their most recent work: communing and reckoning with a past self across time, tenderly integrating all the people you used to be into the present. (In a short film released earlier this year in conjunction with Big Time, Olsen gently drowns a version of her past self in a bathtub.)

While Olsen and Van Etten flawlessly debuted their live rendition of the song at last year’s Pitchfork Music Festival, it seemed like perhaps Van Etten wasn’t quite hitting the harmony this time around: On the first bridge, Olsen gave her a sideways glance while pointing down, gesturing to what seemed like a different key. They got it eventually, and anyway, it was a forgiving crowd. The two of them have twenty-two more tour dates to perfect the duet. 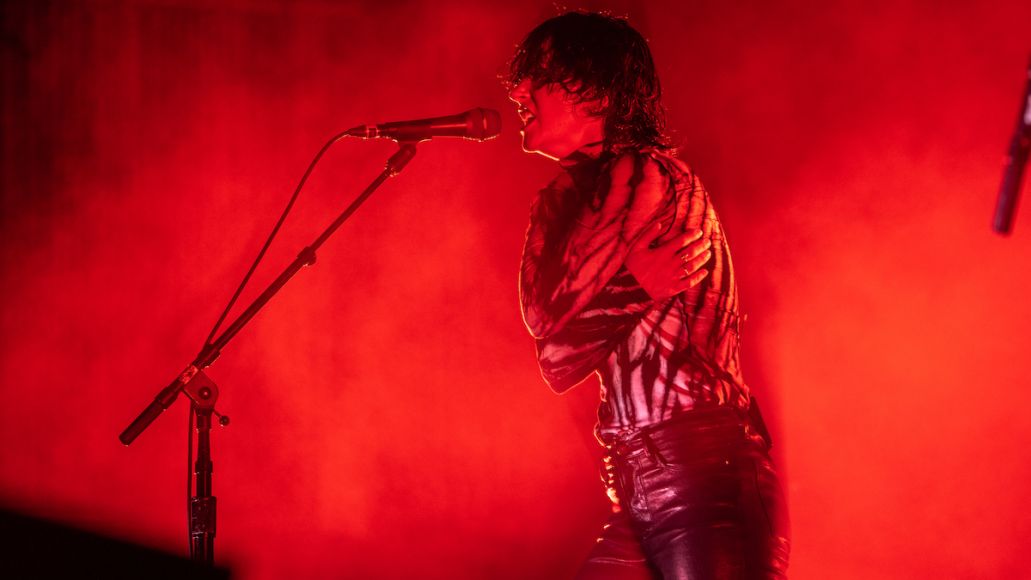 I can’t have been the only audience member who was holding out hope that Baker would join the two onstage for a second part to the finale, but the park rangers may have been tapping their watches in the wings; Olsen and Van Etten embraced before exiting stage left. The lights came up and we all started making the trek back to our air-conditioned cars. Out of the corner of my eye, I caught sight of a man who looked like Van Etten’s partner carrying a child in red striped pajamas toward the stage; earlier, I had seen the same pajama-clad child being led to a seat by a woman with a tour badge, presumably to watch his mother’s set — a reminder that we were all pushing our respective bedtimes.

“The Wild Hearts Tour” will continue to unfurl for the rest of the summer, and the transitions will no doubt become smoother and the swift pacing of the sets less urgent. On the tour’s opening night, we had all braved a heat advisory for the greater Washington, D.C., region, seeking a mental escape from the soaring temperatures, a communal experience after an isolating few years, a few hours away from our big- and medium-screens. We had all gotten what we came for: the chance to be there for a moment in time, together.

“The Wild Hearts Tour” next lands in Asheville, NC on Friday (July 22nd). Tickets for that gig, and for the rest of tour, are available via Ticketmaster.