With Ann Wilson and Nancy Wilson touring separately this year, Heart fans have two different opportunities to see the legendary sisters in concert. Apparently, the two couldn’t agree on a backing band to tour as Heart this year, and, as a result, Ann is currently headlining a solo tour, while Nancy will be supporting Styx on a fall run. In a recent interview, Ann assured fans that she and Nancy will come together in 2023 to celebrate Heart’s 50th anniversary, but in the meantime, it marks a chance to see one of rock’s great voices perform in relatively intimate venues.

On Wednesday night (July 27th), Ann Wilson and her backing band, The Amazing Dawgs, headlined the beautiful Capitol Theatre in Port Chester, New York. With no opening act, Ann and company took the stage at 8:15 p.m. and dove straight into Heart’s “Even It Up,” immediately showing that at age 72, the singer’s voice is as strong as ever.

Two songs from her recent solo album, Fierce Bliss — the mid-tempo “Black Wing” and the hard-hitting “Greed” — worked their way into the early part of the show among Heart songs like “Love Alive” and the ubiquitous “Magic Man,” as did a cover of the Jeff Buckley tune “Forget Her.”

However, it was a cover of The Who’s “Love, Reign O’er Me” that proved to be the most powerful moment of the opening set. Ann delivered a mind-blowing vocal on the dramatic ballad, making the song her own, and wowing the audience in the process. That led to a well-deserved break for the Rock & Roll Hall of Fame singer, as she announced a 30-minute intermission following her breathtaking performance of the Who classic.

Ann and her band returned to kick off the second half of the show with the Heart classic “Crazy on You,” with the singer continuing to hit the big notes just as if it was 1976. A few covers followed, including a rendition of Robin Trower’s “Bridge of Sighs” that featured surprise guest guitarist Warren Haynes (Gov’t Mule, The Allman Brothers Band).

Of course, the night wouldn’t be complete with the signature Heart song “Barracuda,” which closed out the main set. After a very short break. Ann and her band returned for an encore, beginning with Heart’s “Straight On,” in which she worked a bit of David Bowie’s “Let’s Dance.”

Then it was a 1-2-3 punch of Led Zeppelin covers that ended the night. While “Going to California” and the set-closer “Black Dog” had been staples of the current tour, fans in Port Chester got an added bonus when Haynes came out again for “Immigrant Song,” which was sandwiched in the middle of the other two Zeppelin tunes.

On the way out of the venue, fans were gushing about Ann’s vocals, with remarks like, “I can’t believe she’s 72 and still sings like that!” With a fine backing band that did the Heart songs and the other tunes a tremendous amount of justice, it was Ann Wilson’s powerhouse voice that rightfully took center stage throughout the entire concert.

Ann Wilson’s tour continues through late September, and includes dates opening for ZZ Top. Tickets to select shows are available via Ticketmaster. See photos, fan-filmed video clips, and the setlist from the Port Chester gig below.

Photo Gallery – Ann Wilson at the Capitol Theatre in Port Chester, NY (click to enlarge and scroll through): 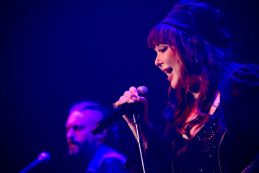 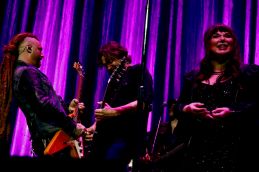 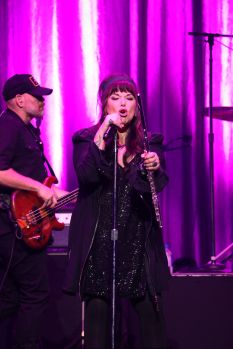 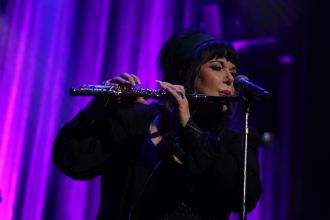 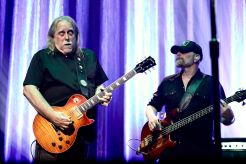 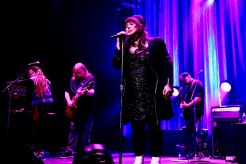