The Pitch: In a remote lavish mansion in upstate New York, a long-standing friend group of well-off twentysomethings gets together IRL for the first time in years, many of them seeing each other’s faces for the first time outside of their venerated group chat.

There’s Amandla Stenberg’s Sophie, the recently-sober trainwreck of the group, there to make amends and introduce her shy, awkward girlfriend Bee (Borat Subsequent Moviefilm’s Maria Bakalova) to the others. Alice (Shiva Baby’s Rachel Sennott) is the self-absorbed host of an obnoxious-sounding podcast, with her new, much older vet boyfriend Greg (Lee Pace) in tow. Jordan (Myha’la Herrold) used to date Sophie, and sees Bee as either a threat or an opportunity to sabotage her ex. Rounding everything out is the shit-talking David (Pete Davidson), whose dad owns the place, and his insecure, airheaded actress girlfriend Emma (Chase Sui Wonders).

Even before the hurricane that’s about to hit the house that night, the air is loaded with years of unresolved tensions about relationships and perceived slights — as Alice puts it, “the suffocating weight of our shared history.” But when the power goes out and a “Mafia”-like party game (the titular Bodies Bodies Bodies) leads to one of the group turning up dead for real, it’s not long before everyone starts pointing fingers and wondering which of them is an actual killer. 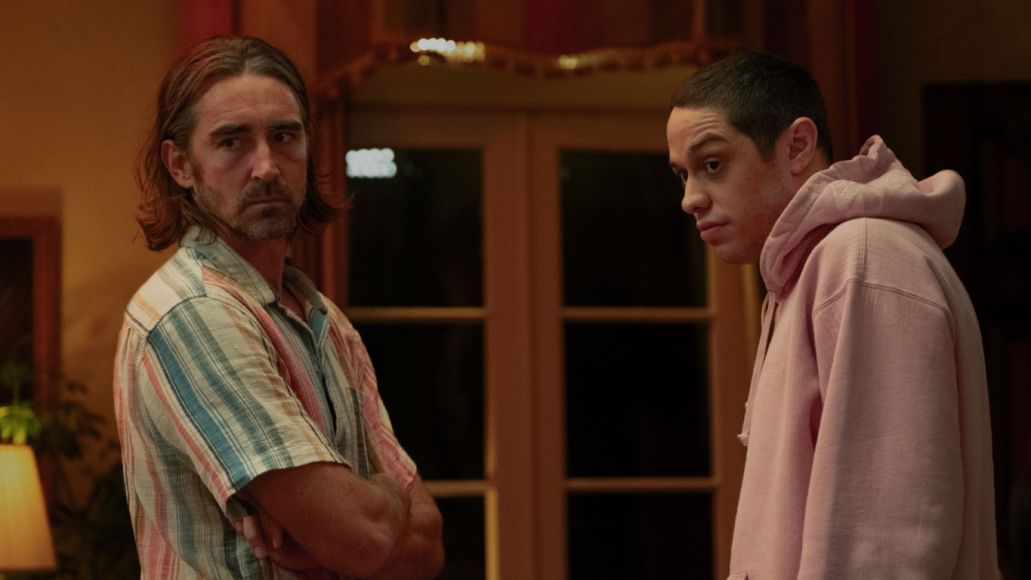 Terminally Online: Earlier this year, the fifth installment of Scream did its damndest to update the conventions of the slasher-comedy for a Gen-Z audience; results were mixed. But Dutch filmmaker Halina Reijn (Instinct), working with The Wolves screenwriter Sara DeLappe (with story credit by Cat Person’s Kristen Roupenian), crafts a biting, darkly funny satire of the way modern youth dynamics and social justice language lead us to cannibalize each other.

After a tense first act, in which Reijn and DeLappe lay the foundation of everyone’s barely-disguised tolerance of one another, the lights go out, the bodies pile up, and the veneer of civility the group’s lives have depended on starts to disintegrate. Words cut as sharply as blades, as our cast of insular rich kids tear each other apart at the slightest hint of bodily danger.